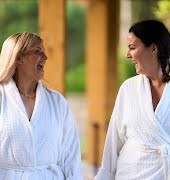 Ashley Olsen is reportedly suffering from an incurable strain of Lyme disease, according to a multitude of reports.

The sometime actress and acclaimed designer has been battling the bacterial disease for several years, says a source quoted in OK! USA. Apparently Ashley was diagnosed at a very late stage; thus her treatment options are limited. Reports speculate that the 28-year-old is in the later stages of the disease. “She’s really sick. It’s gotten worse? She’s really going through it,” the source claimed.

The news that Olsen has been ill the past few years makes sense, considering her sparse red carpet appearances in spite of her high-profile career. While The Row, a fashion house she own with twin sister Mary-Kate, has built a steady reputation, the Olsen empire has also been directing a significant amount of energy into Elizabeth and James, a more affordable fashion line named after the twins? siblings. The same source has claimed that Olsen’s appearance and moods in work have been affected by the disease, ”When she does come to work, she looks haggard and dishevelled. And she’s often moody. Ashley’s having a very rough time right now.”

Ashley’s most recent public appearance was at last week’s Met Gala, which she attended with her sister.

ICYMI: Who dressed the best at last week’s Met Gala?

Lyme disease is an incredibly debilitating condition, caused by a tick bite. The symptoms are hard to determine and characterised by pains in the joints, a stiff neck, fever, skin problems, heart issues and damage to the nervous system. The earlier the diagnosis, the easier it is to treat Lyme disease.

ICYMI: Avril Lavinge opens up about battle with Lyme disease

Avril Lavinge opened up a few weeks ago about her unexpected diagnosis of Lyme disease, describing the effects as akin to having all your life sucked out of you.”

Our thoughts are with Ashley.