‘Are you Mrs Frost?’ Rosita Boland on living in poet Robert Frost’s home

Writer and adventurer Rosita Boland thinks back to a rather interesting stay in the US when she was a young writer, living in poet Robert Frost’s former home.

The first time I ever went to the US, I lived in a museum in rural New Hampshire for a month. It was the most unlikely of first-time visits. Most of my friends had already been on J1 visas to work in New York or Boston. This was not the US I was going to.

It was May 1991, and I was going to Franconia, population 800, in New Hampshire. In fact, I was not even living in the village itself, but a couple of miles distant from it, in a house called The Frost Place. My first book of poems, Muscle Creek, had just been published, and it had been awarded the prize of a one-month writer’s residency in the poet Robert Frost’s old home.

Robert Frost lived outside the village of Franconia full time from 1915-1920, with his wife, Elinor, and children, and wrote some of his most famous poems there, including “The Road Not Taken”. In 1976, the people of Franconia bought the property, and created a non-profit centre for poetry, now called The Frost Place.

The Frost Place was a simple, white clapboard house, with a long unscreened porch out front, and vast views of the White Mountains. There was a bicycle for transport, and an account at Franconia’s grocery store, Kelley’s Food World. At the back of the house were the woods, which in winter were snowy, and where I was told bears were known to ramble. Peeper frogs wailed
each evening in the garden, like the sound of rushing water.

Upstairs were bedrooms done out in the period of the time of the Frost family’s occupancy: iron beds, washstands, and chests of drawers. The resident poet lived in three downstairs rooms. Also downstairs was a museum display room. It contained an unlocked cabinet with first editions of Frost’s poems, and various personal items. When the house was occupied by a visiting writer, the museum was closed to the public, and so I was able to explore this room with Frost’s books and personal belongings at length.

The key exhibit in this room was an armchair that had been Frost’s favourite. It was a Morris armchair; a type of reclining chair.

It was low to the ground, with plain narrow wooden arms and a cushioned slanting back. The chair was exhibited with a piece of wood; a lapboard, like the sloped top of a lectern. The little laminated sign sitting on top of it informed me that it had been specially made for Frost, so that he could place it across the arms of his favourite armchair and write on the front porch, while looking out over the White Mountains.

It did not take me long to think how very useful Robert Frost’s armchair and lapboard would be for my own purposes. With reverential care, I gingerly moved the armchair out on the porch, sat down, and placed the lapboard across the arms. Now I was looking straight at Franconia Notch, nicked in between Mount Lafayette and Mount Cannon; mountains that still had snow patches on them.

Each day that May, I moved these two objects in and out of the house, and spent part of each morning writing in Robert Frost’s armchair, my notebooks or diaries propped up against his lapboard. I had not known much about Robert Frost before I lived in his former home, but as the month went on, I began to feel increasingly proprietorial about him. After all, I was sleeping under the same roof he had done, sitting in his armchair, and looking at the mountain view that had inspired him: the title of his 1916 book of poems, in which “The Road Not Taken” appears, is Mountain Interval.

There was a sign in the village of Franconia directing people to The Frost Place. It wasn’t open out of season, or when there was a writer in residence, but the tourists who saw the sign in the village were not to know that. There was no fence around the property, and I was often startled to see people looking in the living room or kitchen windows.

As May progressed, I frequently looked up from the porch to see cars idling outside, and people in the garden, staring at me. There was a mailbox in the front garden, with a little red flag that was pushed up by the mail man when post was delivered, but its other function was as a kind of in-joke. It was a proper, working mailbox, into which letters from my boyfriend in Ireland arrived for me, but the joke part was the “R.Frost” painted in big capitals on the side of it. As the month of May went on, I discovered that not everyone who came to look at the house on Ridge Road realised that the name on the mailbox was a joke

“Are you Mrs Frost?” I was asked one evening, by a woman who had got out of her car and was calling earnestly to me across the lawn. Elinor Frost had then been dead for more than half a century; aged 65 at the year of her death.

This woman was not the only visitor who got out of their car and called to me when I was spotted sitting on the porch.

“Ma’am, is this the Frost residence?”

After a few days of being interrupted by these random inquiries about the past residents of the house, I decided to enjoy myself. “Well, yes, I am Mrs Frost,” I announced brazenly one afternoon, and posed for a photograph outside the house. My Irish accent was never once commented on, nor my youth: I was then in my twenties. Sometimes, I offered to pose beside the mailbox, grinning knowingly into the camera.

I composed a selection of different responses about the whereabouts of Mr Frost for my visitors, who listened carefully to them all, nodding their heads.

“Mr Frost is writing his poetry, and is not available.”

It was coming up to Memorial Weekend, when there were a lot more people around. The visiting tourists got bolder in their explorations of the property. One afternoon, I came out of the house after going inside to make coffee, and discovered three tourists on the porch, actually flipping through the diary I had been writing.

“Is this Robert Frost’s diary?” They were asking each other excitedly, as I appeared on the scene, horrified to see my private diary being passed from hand to hand.

“Mr Frost is dead! Have some respect!” I announced sternly, all but snatching my diary back from the person who was thumbing through it. Although this was of course the truth, by then the presence of Robert Frost was so strong to me, that I almost shocked myself as much as the over-inquisitive visitors.

“Very sorry Ma’am,” one of them said, as they backed away.

“Mrs Frost,” I corrected, determined to mess with their heads as retribution for passing my diary around. I can only imagine the conversation they had in the car afterwards when they finally figured out the dates of the deaths of both Robert Frost and his wife, Elinor. 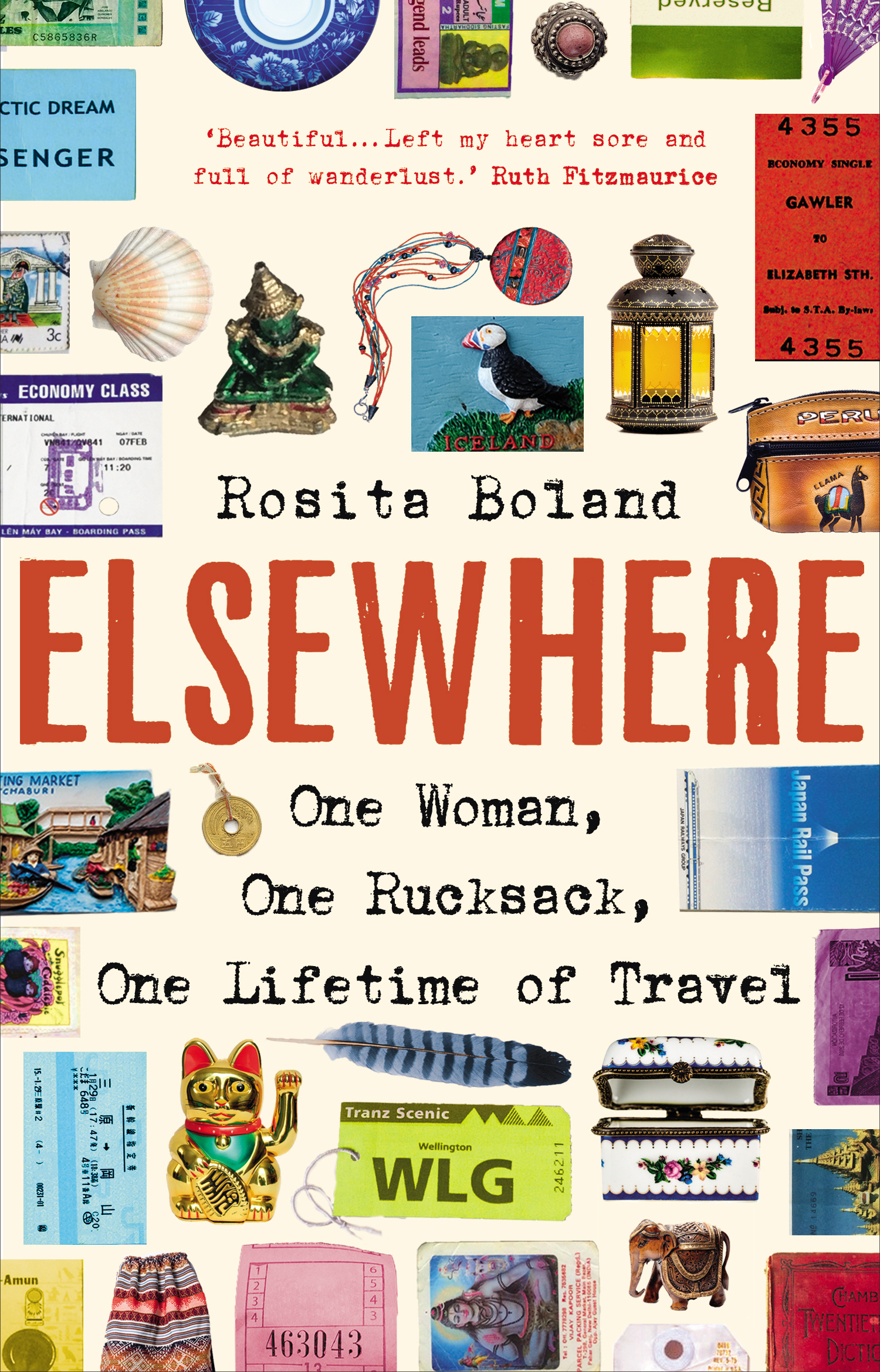 Rosita Boland is a journalist with The Irish Times. Her essay collection, Elsewhere: One Woman, One Rucksack, One Lifetime of Travel (Doubleday, €18), is out now.