Fact: Amy Schumer is all sorts of fabulous. She may be an award-winning comedian and actress, but even in the throes of fame and success the Trainwreck star remains unfailingly’real and down-to-earth; unafraid to call out Hollywood’s bulls*hit factor, frequently uttering words of empowerment, whether that be on body image or wanting?to be a role model in a Kim Kardashian world. And thankfully, everyone seems to be sitting up and paying attention to America’s favourite funny woman. Shortly after winning our hearts, she’s won over Anna Wintour and has appeared on her first US Vogue cover.

Photographed by legendary photographer Annie Leibovitz, Schumer appears on the July cover of US Vogue wearing a striking red dress by Dolce & Gabbana and opens up about a number of topics, from fashion to body image struggles?to sex. 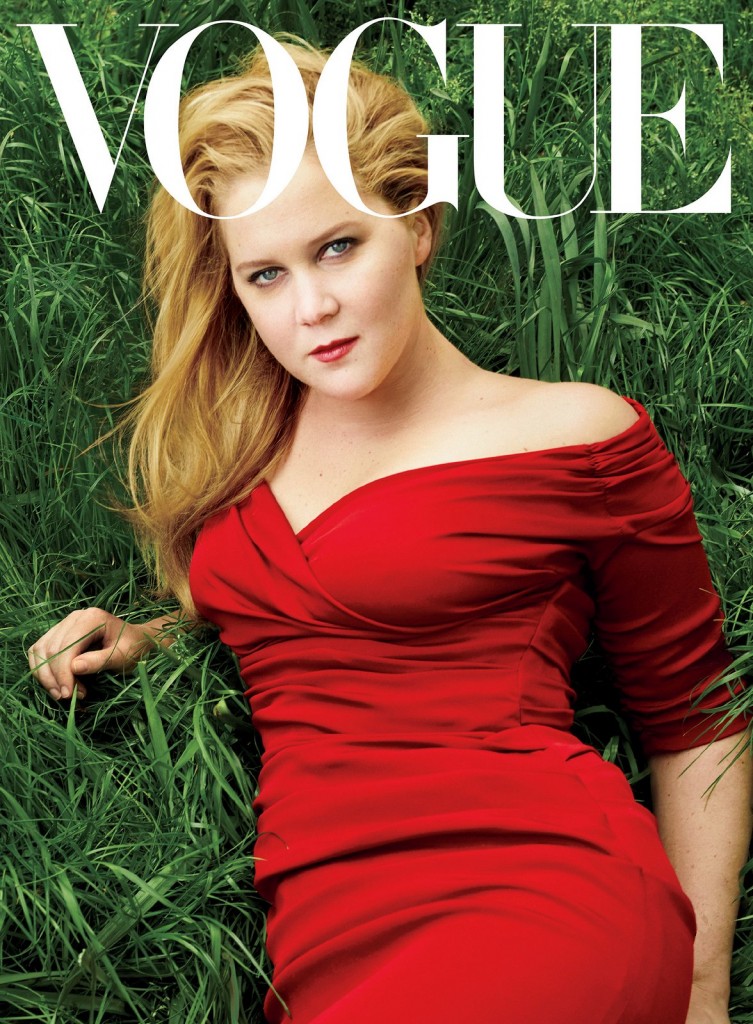 Amy Schumer for US Vogue

Fashion isn’t her thing, and she’s unapologetic?about it.??I don’t think it’s stupid; there’s no moral reasoning. It’s just not my thing. I just have this sense of entitlement that I should be able to feel comfortable at all times, like I could go to bed at any moment in what I’m wearing.” We hear you, Amy. ?She was also was unsurprisingly?candid about her love life (at one point jokingly referencing?Samantha in SATC), before explaining that she struggled with self-confidence in her first year of college – “I lost all my self-esteem freshman year” – and she that she draws her stand-up material from everything and everyone in her life, but will ask permission before getting too personal. “If I am going to tell a joke about my boyfriend or his mom, I’ll make sure that they’re OK with it. I’m not like Nora Ephron – everything’s copy. For me, everything’s copy if friends and family approve.?

Schumer’s Vogue cover has been greeted with rapturous delight on social media, not least for its accompanying video skit with Vogue Editor, Anna Wintour. Think the head of the world’s fashion bible doesn’t have a sense of humour? Think again. The pair swap lives; Schumer steps into Wintour’s chic, yet scary shoes and Wintour tries her hand at stand-up – and is surprisingly?brilliant. We’d go as far to say that she steals the show.

Watch the hilarious clip below and read the full interview over at Vogue: