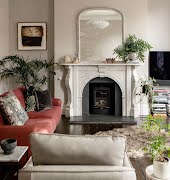 Before and after: This former nursing home in Ranelagh has been sensitively restored to a...

Ahead of this weekend’s Songs From An Empty Room music event, we chatted with singer-songwriter Aimée about the impact Covid-19 has had on the industry

When was the last time you stood in a crowded room listening to the songs of your favourite artist?

Those moments of magic seem like a lifetime ago. And while we are grieving the loss of musical days, our hurt isn’t as great as the artists themselves or the people behind the scenes putting the shows together.

Live music ended in March, festivals have been cancelled all over the world and no one knows when the freeze will end.

An event that hopes to shed light on the fact is Songs From an Empty Room which is presented by EPIC and RTÉ 2FM. The musical television event will be presented by 2FM’s Jenny Greene and Eoghan McDermott and will be broadcast from some much-loved venues such as The Olympia Theatre, Cyprus Avenue in Cork, Dolans in Limerick, INEC in Killarney and the Róisín Dúbh in Galway city.

Musicians such as Denise Chalia, Gavin James, James Vincent McMorrow, Lisa McHugh, The Coronas, and Soulé will provide performances that will be broadcast on RTÉ2, 2FM, and RTÉ Player tomorrow (July 25) from 8.30 pm.

Ahead of Songs From an Empty Room, we chatted with singer-songwriter and performer on the night Aimée.

The Dublin native’s smooth and dulcet tones are reminiscent of the era when Christina and Britney reigned supreme. The songs are catchy and the lyrics sharp. In 2019, Aimée experienced one of her busiest years with three new singles released. And 2020 was no different with a full summer schedule and a nationwide tour on the cards for later in the year.

However, Covid-19 quickly put a halt to her plans.

“This was my busiest summer. I was booked for almost every festival in the country and had to cancel my headline shows as well,” she says. “I’m still not out of the lockdown scenario because I know it depends on people’s jobs, but the thing is I’m not back to work yet.”

The sudden stoppage of the live music industry came as a shock but Aimée says the Irish Women Harmony project – in which she took part – was a massive help. “We were all in a Whatsapp group and able to send each other tips and different ways to apply for some of the music grants that are going around now, although none of them have been passed yet. But it’s good I have a community there that I can go to for guidance.”

The lockdown was marketed to many as a time to write the next great novel or album and Aimée found this pressure unhelpful. It wasn’t until later weeks that she found a creative groove. “After a couple of weeks, I got used to my own space and making a new daily routine and began to love it,” she explains. “I have written almost 20 songs and that’s definitely a positive but that only worked when I took away the pressure.”

In terms of government help for the arts, she said they have remained mostly silent and while the priorities should lay with people’s health she hopes for some clarity soon. “There are definitely ways around the issue but we are just trying to get the attention of the government at the minute.”

Aimée believes the importance of Saturday’s event is highlighting those in the background, from the stage managers to the lighting technicians. “It’s very easy for artists to get all the praise because we are the person in front but without the lights or the sound engineer, the whole show wouldn’t even be possible. I think it’s brilliant that they are being highlighted especially when so many of them are out of work.”

Her biggest fear is how long it will take before shows can take place again but she is trying to remain upbeat saying, “I hope this disappears as soon as possible and we can get back to normal. I hope one day I open my eyes and its 2021 and I’m back up on that stage.”

And we very much hope so too.

Read more: #MiseFosta: The Irish trad scene is having its MeToo moment