If 2015 was the year of Adele; we can’t wait to see how she brings it in 2016. She’s weeks away from embarking on her world tour and after the phenomenal success of her third?album 25 (it broke multiple records), the singer worked the media circuit like a trooper. She?is hugely?passionate about her work, but rarely speaks of her personal life and that which fundamentally changed her as a person – motherhood. However, she graces the March cover of US Vogue (ditching the trademark eyeliner for a softer look), and in a slight turn for the books, opens up about motherhood, her son Angelo and the life lessons she found along the way. Did you know she loves the Spice Girls? Oh, and she’s wearing incredible gowns from the likes of Alexander McQueen and Gucci. Adele = flawless.

Her are some highlights from her interview because it’s just that good:

The superstar last graced the fashion bible in 2012 and remembers the occasion well because, she says, the day it came out is when her now three-year-old son was conceived. “After I met Simon, I knew something was going to happen.” ?She credits her partner with getting her through her tough vocal surgery recovery (six weeks of utter silence followed by vocal rehab), and indeed, the two new men in her life for her transformation. 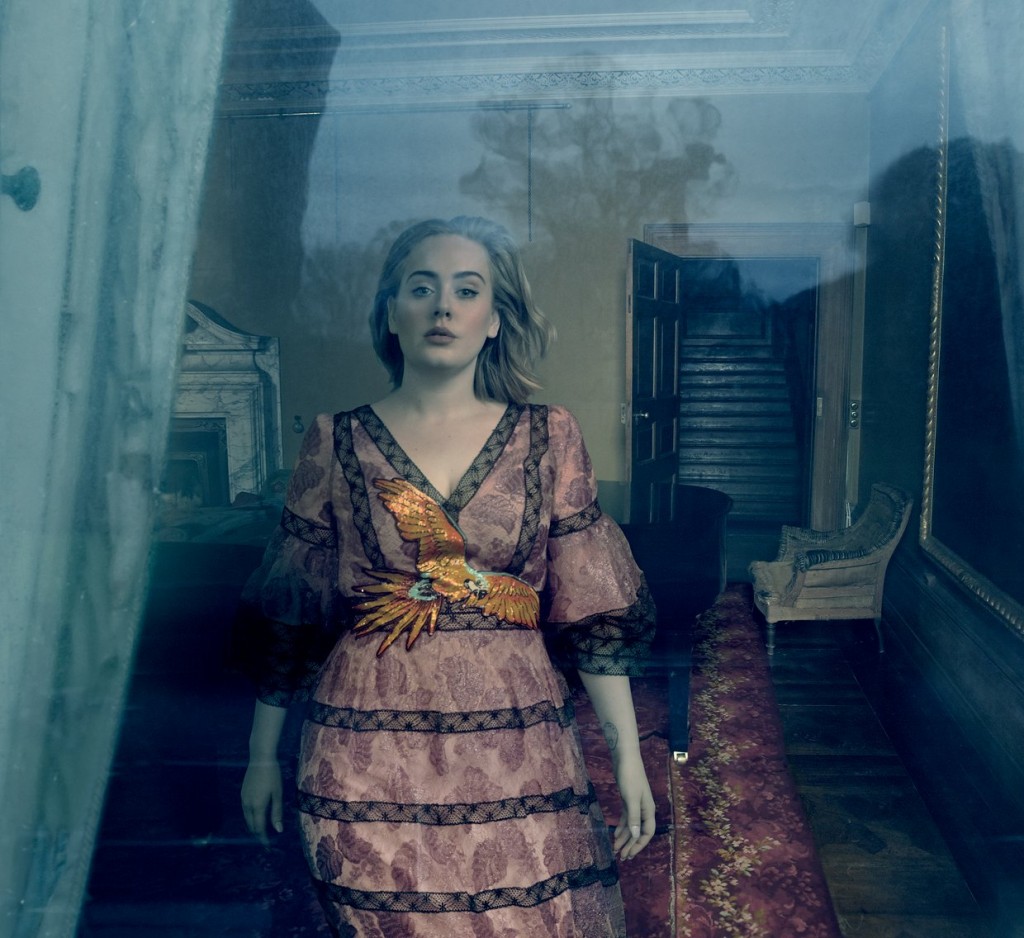 They have, she says, eradicated the need for much of the drama that she used to thrive on. ?I can’t have any other junk in my head to worry about as well.” Whereas Angelo, ‘makes me very proud of myself. When I became a parent, I felt like I was truly living. I had a purpose, where before I didn’t.? So now, naturally, her priorities have changed.?My main thing is Mum, then it’s me, then it’s work,? she said, adding that her three-year gap was essential for new music as well as motherhood adjustment. ??I think I had to take the right amount of time off to let people miss me.?

She’s always had positive words to say about body image, but reiterates that she now feels comfortable in her own skin, although it hit home when she turned 25.

I was just shocked that all of a sudden I was 25! But actually I like myself more than ever. I feel so comfortable in my own skin. I really like how I look, I like who I am, I like everyone that I surround myself with. 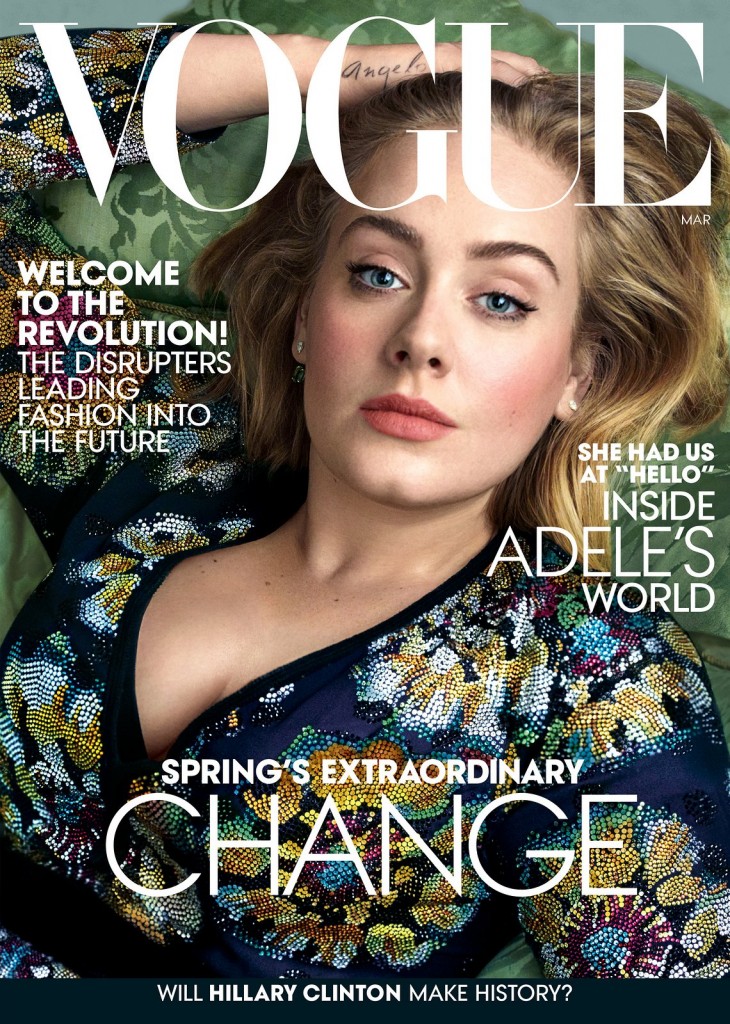 “Obviously I have insecurities,? she continued, ?but they don’t hold me back.? She highlights her??bum chin,? ?intense? forehead, and her ?potato fingers,? all with a smile. She said her reason for her good feelings about herself is down to one person – her son.

And she’ll scarcely admit it but she’s a force to be reckoned with on the red carpet and a designers’ dream: Armani, Stella McCartney, Chlo?, Valentino, Burberry – she’s worn them all, but says she swears by Spanx for her public appearances and in true Adele form,’describes putting them on as ?like pumping a sausage bag full of meat!?

She remains as affable as ever, describing her everyday look (while shopping in Argos): “I look like a bedraggled mother; I look like anyone else. When I’m with my kid, I’m in leggings and a jumper and a pair of Converse because the grubby little hands are going to mark anything nice.?

Finally, she’s touring for one reason only. ?I’m only touring for the fans, to see the people that changed my life,? she said. ?There’s no need for me to tour. I’ll always be nervous, worrying whether I’m going to be good enough.”

You’ll always be good enough for us, Adele.