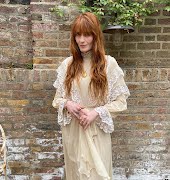 Actress and comedian Sarah Silverman, who notably starred in TV series Masters of Sex (she’s also dating actor Michael Sheen, lucky thing) has shared her thoughts on an important gender double standard that needs to be openly spoken about more, in this writer’s opinion.

Speaking on an episode of Marc Maron’s podcast “WTF“, the 45-year-old opened up about the constant pressures women are put under when it comes to the topic of having children. Silverman, who hasn’t any children herself, said she yearned for them and still feels she should have perhaps had them, despite deciding that she felt she didn’t have the appropriate lifestyle for children to thrive and grow up in.

“It’s a sadness for me because I love kids. I ache for kids,” she said. “But I love my life more. You can’t have it all; you really can’t, unless you play the role of the ‘fun dad,’ the kind of person who isn’t actually involved in the day-to-day caretaking but gets to join in for the enjoyable parts.”

ICYMI: Kim Cattrall Has Had It With Being Labelled As ‘Childless’

Despite her conflicting thoughts on starting a family, she said she knows all about the pressures women face when it comes to the topic, and pointed out the unfairness in that men consistently evade this – they are continually lauded for their “bachelor” lifestyles, yet females are immediately criticised for making the same choice. Double standards much?

“I’m 45, and I don’t have kids, and when you’re a woman, I’m finding out you get so much pressure,” Silverman shared. “I got two emails within the span of a week, two weeks ago, from people in my life…who just out of nowhere said ‘you should really have kids’ and ‘I’ve been thinking about you.'”

Unfortunately, as Silverman addresses, often if a woman is deemed “childless,” it’s invariably viewed as an ill-fated affliction, something that must be rectified quickly, which is utterly ridiculous. The choice should be entirely your own, and the fact that females are vilified for going down this path?is profoundly unfair and depressing.

However, it isn’t as simple as her not wanting children; she wants them but feels she wouldn’t be the right sort of parent and her candidness and distinction on this fact is refreshing. “I don’t have a lifestyle that’s conducive to having kids the way I want to have kids, but that doesn’t mean I have no regrets or no sadnesses about it,” she added.

Silverman isn’t the first to speak out on this topic; actress Helen Mirren said not having children was her way of “contributing to society” and Sex And The City‘s Kim Cattrall made similar statements last year.

?I am not a biological parent, but I am a parent,?Cattrall’said. “I have nieces and nephews that I am very close to. There is a way to become a mother in this day and age which doesn’t include your name on the child’s birth certificate. You can express that maternal side, very clearly, very strongly. It feels very satisfying.?