It’s official: women in Hollywood are deadly. Yes, they always were, but now, we would argue, even more so. They may have higher incomes than the rest of us, but actresses are still grossly undervalued, both in terms of the roles they’re offered (anyone else sick of the “cute” and helpless girlfriend? We still see it more often than not in 2016) and the wage they are paid for doing the same job as their male co-stars.

Jennifer Lawrence and many other female stars of the silver screen have spoken at length about the gender disparity that exists in the entertainment industry, but this time, US?Shameless actress Emmy Rossum?is making a much stronger statement by physically’refusing to work until she is paid on par with that of her fellow actor, William H Macy.

According to The Hollywood Reporter, the star is reportedly locked in a groundbreaking salary negotiation, which?has not only halted filming but also left the entirety?of the eighth series hanging in the balance. As well as seeking salary parity with Macy reports are’saying she should, in fact, be paid more per episode’due to years of earning much less than her co-star and is thus demanding a salary bonus. How cool is Emmy Rossum? 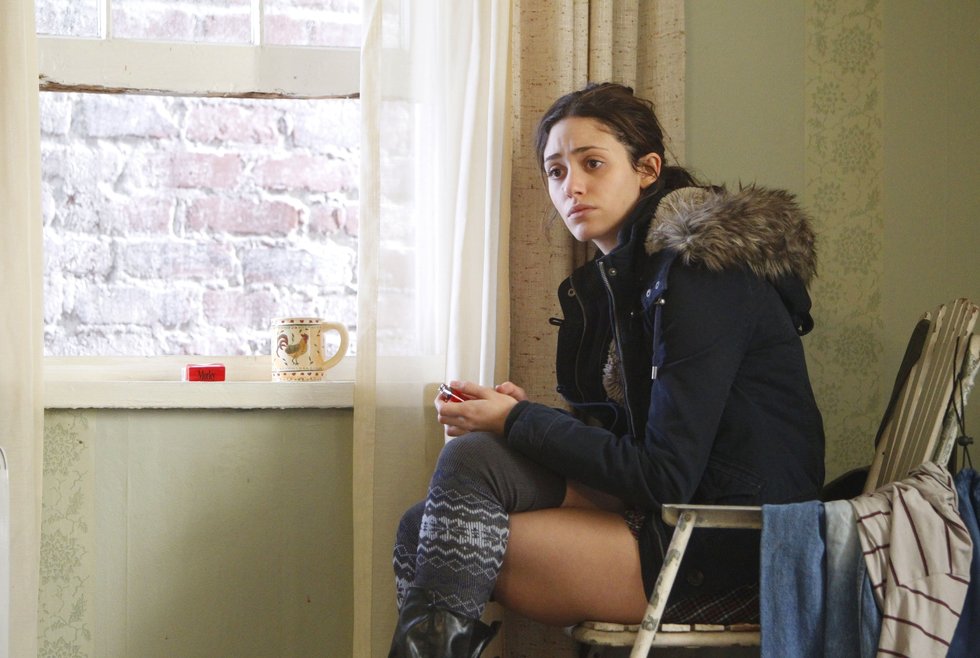 And as Rossum (who plays Fiona Gallagher in the series) plays a central figure in every episode of the US variation of the show (as well as directing an episode) and at this stage, she has more screentime than Macy, so why shouldn’t she be paid on par with her co-star? Yes, typically producers tend to pay actors of a certain calibre more money – if, for example, you’ve won an Oscar as Macy has for Fargo – but should a statuette be used as yet another reason to pay a male co-star more? Many actresses nominated for an Academy Award are still paid less, so no is the simple answer.

Rossum is said to be standing firm on her decision until an outcome is reached. If successful, her new salary deal could spark a renegotiation among the cast of other Warner Brothers TV shows, including The Big Bang Theory, according to reports.?

Will she pull a Robin Wright on the whole thing? We so very much hope so.