Abi Morgan’s name might not be a household one, but her work is familiar to anyone who finds themselves channel surfing to Film 4 and becoming engrossed in a well-written drama. Morgan is a screenwriter who counts Brick Lane, The Iron Lady and Shame among her nominated-for-many-awards output. This month Suffragette, which she wrote, hits screens and we can thoroughly recommend it, having caught a press screening of it a few weeks ago. It’s a hard-hitting reminder of what our great-great-grandmothers endured to get us the vote and actresses Cary Mulligan and Anne-Marie Duff are splendid as two working class women who find themselves involved in the at times violent movement.

Morgan’s stature as an accomplished writer and woman cannot be in doubt, yet the playwright has found herself losing out on work because of Hollywood’s inherent sexism. In an interview with the BBC, Morgan revealed she lost out on a job down to the fact she ‘didn’t know how to flirt with the director enough.? And breathe. 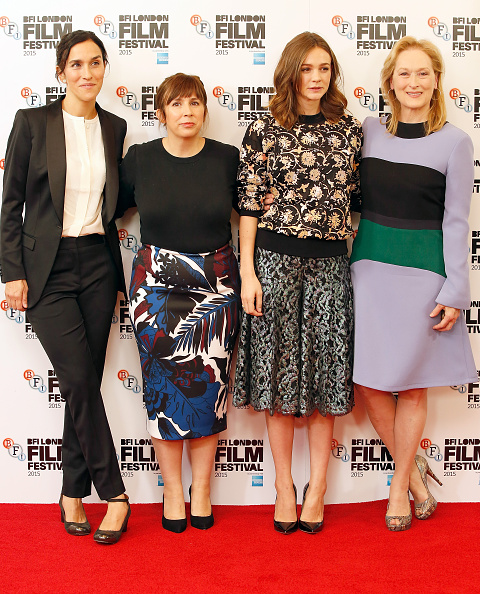 Morgan found out the reason for her not getting the role after the producer told her why. Wouldn’t you be white with fury? Especially if you won a BAFTA for screenwriting and had a rake of critically-acclaimed plays on your resum?.Morgan told the BBC she was :raging? in the aftermath and that the entire process made her feel ?voiceless.?

However, this sort of industry BS hasn’t turned Morgan off the industry. ?There’s no point in being bitter,? she said. ?Because there are too many great women and too many great men in the world, certainly in the industry who have promoted and supported me and have been incredibly powerful and important in my career.?

Saying all that, Morgan wouldn’t reveal the director and producer in question. She did say however have a lot to say about women in the film industry – we need more – and that she asks herself a myriad of question relating to gender when directing. ?I’m constantly saying to myself, ‘Why have I made a woman take her clothes off, why am I not making the man do that? Why have I given that part to a man? Would it be better as a woman, would it be right as a woman? How do I bring more diversity?’ These are conversations I am constantly having with myself, and I think it’s part of my job,? she said.