8 New Films & TV Shows To Watch On Netflix This Weekend

Snow is falling, all around us. If your plan is to hibernate for the entirety of this weekend (or at least, until Storm Emma eases off) then make sure you spend your time investing in some worthwhile Netflix bingeing. A fab selection of new content has just been released onto the streaming site, so whether it’s documentaries, comedies, or a good thriller that you’re after, Netflix is there to delay cabin fever setting in!

A team of under-21 soccer players in Montreal copes with triumphs and challenges on and off the field while chasing dreams of professional stardom. 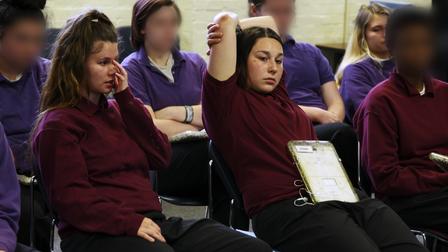 Revenge, passion and dark secrets push a successful fashion designer and single mother to her limits when she meets a handsome young immigrant.

With the conspiracy now ramping up a notch since season one, a fiery lawyer joins President Kirkman’s staff and Agent Wells forms an alliance with a British spy. New episodes will stream every Thursday.

Beats, Rhymes & Life: The Travels of A Tribe Called Quest

The trials and tribulations of the legendary hip-hop outfit, driven by the tumultuous relationship between bandleaders Q-Tip and the late Phife Dawg.

Whitney: Can I Be Me

Nick Broomfield delves into the life of the troubled singer, who passed away in 2012.

Black comedy about a Catholic priest (Brendan Gleeson) in the west of Ireland who’s life is anonymously threatened by a member of his community.