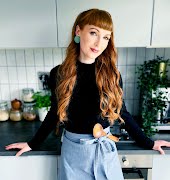 We’ve written and reported on many aspects of our health and wellbeing over the past number of months: our physical, emotional, mental and sexual health are all hugely important, but according to a new survey, the Irish are inclined not to be as aware as they should when it comes to their sexual health in particular. To this end, an Irish company are encouraging the public to be more aware of their sexual health and asking them to go and get checked.

Sixty percent of Irish people have never had a sexual health check-up, according to research commissioned by Irish start-up LetsGetChecked, which provides discreet and convenient access to home sexual health screening.

Rather worryingly, the research also reveals that six in ten Irish people (57%) are unaware that 80% of STIs are symptomless. This figure rises to seven in ten (68%) for men, while Irish women are slightly more in the know, with 54% confirming they are aware. 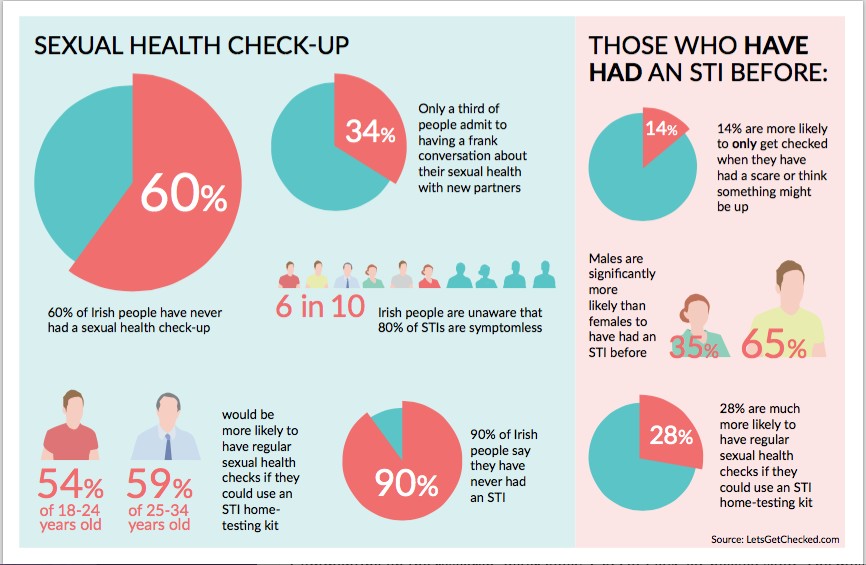 With only a third (34%) of people admitting to having a frank conversation about their sexual health with new partners; it appears that a stigma remains in Ireland around discussing sexual health and getting tested. This could be seen as a contributing factor to the increase in STIs in Ireland, recently reported by the Health Protection Surveillance Centre. According to the figures, almost 10,000 people in Ireland were diagnosed with an STI last year, with Chlamydia remaining the most prevalent sexually transmitted disease with over 6,000 cases reported last year alone. Of these cases, the majority of diagnoses occur within the 20-24 age bracket with 54% of females contracting the infection against 46% of males. Often showing no symptoms, Chlamydia is the STI of most concern to medical practitioners.

Commenting on the research, Peter Foley, CEO of LetsGetChecked said: “The most worrying outcome from this research is that while 90% of Irish people say they have never had an STI, only 30% have actually had a sexual health check-up. With a large proportion of STIs displaying little to no symptoms, people cannot afford to be presumptive when it comes to their sexual health,? he said.

They offer an STI testing service that is convenient, confidential and easily accessible to all, and are attempting to overcome the physical and emotional barriers that exist around sexual health in Ireland. Customers can also attend participating pharmacies to get checked within a dedicated consultation suite if they prefer. They also handle the entire testing process and deliver results back to the customer within two days.

The figures here are high, and though we all know that going for one of these check ups is never easy (how many of us can say we’re completely comfortable discussing our sex lives with our doctor? It can be very mortifying), sexual health is hugely important, especially as many STIs carry little or no symptoms.

Bite the bullet and get checked, it won’t be as bad as you think (these things never are), and will be another one of those annoying, yet necessary to-do items ticked off your list.