The alcohol industry in Ireland has long been considered a “male industry”. Men sowed the wheat, men brewed the beer, and men drank the whiskey straight from the bottles. All whilst women baked the bread and tended to the children and sang to the animals back home. No more. Irish women are now at the forefront of craft beer brewing, and are breaking all number of glass ceilings to earn their place in the fast-moving beverage industry. These incredible Irish women are raising Ireland’s international reputation and giving us plenty of new material for some really good nights ahead.

A celebration of Kildare and the heritage of St. Brigid, Ireland’s patron saint of beer (who knew there even was a patron saint for it?), the two beer-enthusiast Boyle sisters, Susan and Judith have created the subtle-y sweet, Brigid’s Ale, which they brew in Trouble Brewing. The family owns a pub and off-licence in Co. Kildare and sell their beer there, as well as at various festivals and events across the country. What makes their product extra special, apart from its quality, is the fact that everything from the barley to the water is locally sourced in Kildare. The Boyle family are also bee-keepers and so they even harvest the honey that goes into the signature brew. 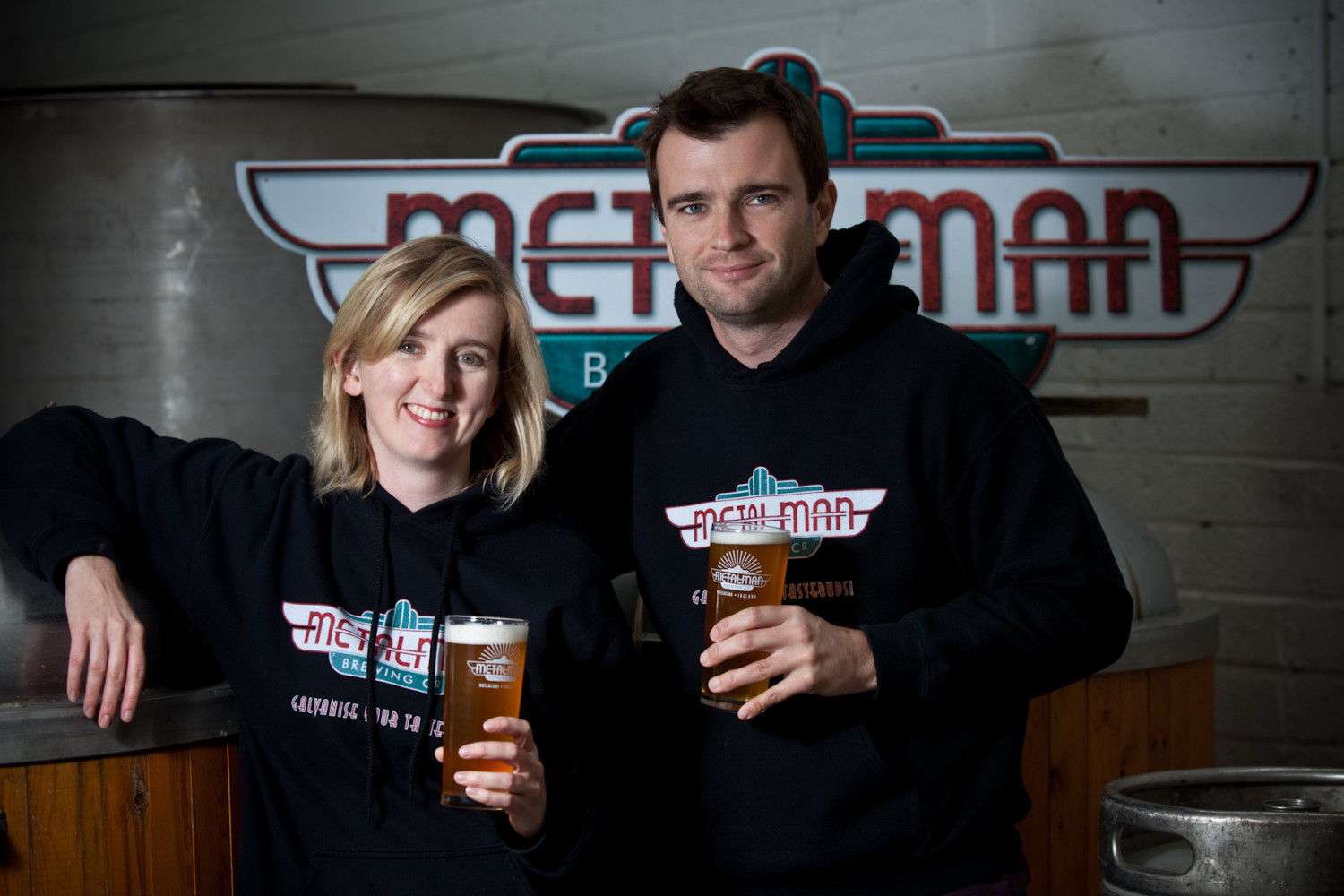 In early 2011, Gráinne left behind a successful job as an Amazon engineer to establish craft beer company, Metalman Brewing.  Grainne was inspired by the Irish brewers she saw doing exciting things at the time and decided that she too wanted to bring something new and different to the Irish beer market. Produced in Waterford (where she and her partner Jim live) the range of Metalman beers has been growing steadily, and the company recently opened their first Metalman bar in Waterford city! 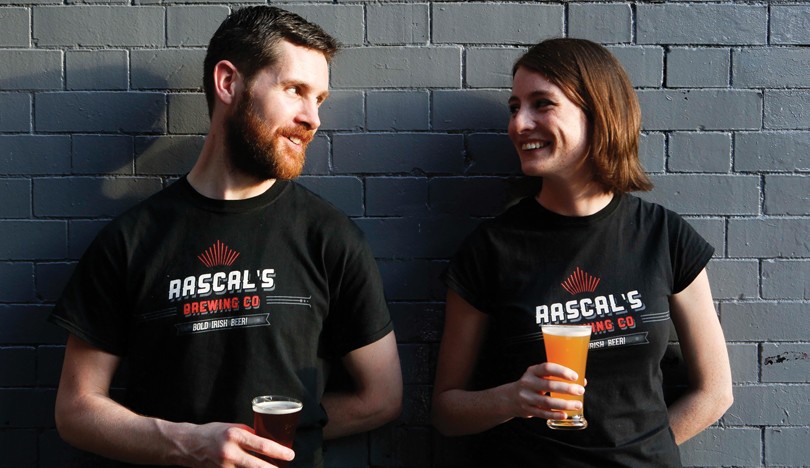 Born and bred in Malin, Donegal Emma Devlin (32) met her partner Cathal O’Donoghue in New Zealand in 2009. Together they developed a healthy appreciation for craft beer (which is a huge industry in New Zealand), went on to try their hand at home brewing and ultimately completed courses to become certified brewers. Upon their return home in 2013, the couple won multiple homebrewing competitions, which got them recognised in the home market, and from there they quit their office jobs to start their own microbrewery, Rascals, in 2014. The Rascals’ bright and bold branding represents the pair behind the brewery, and most importantly, the styles of craft beer they like to brew. 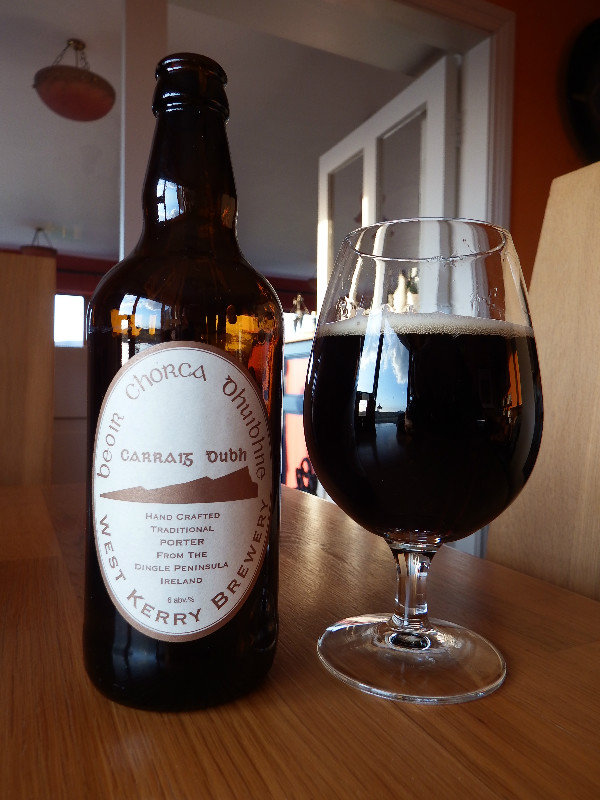 Adrienne is one of the first women to brew craft beer in Ireland; it all began when she moved to West Kerry in 1993 and started running Brick’s pub in Riasc from 2008. This introduced her to the world of brewing, and from there she founded her small traditional brewery in the West Kerry Gaeltacht.  West Kerry Brewery became the first brewery in operation in Kerry since the 1800’s. The team brews and packages their own beer and uses the garden she created beside the bar to source botanicals for some of their beers. Emphasis is on low volume, quality beers brewed using well water which flows 150 feet below the brewery, Irish grain, and fresh yeast. 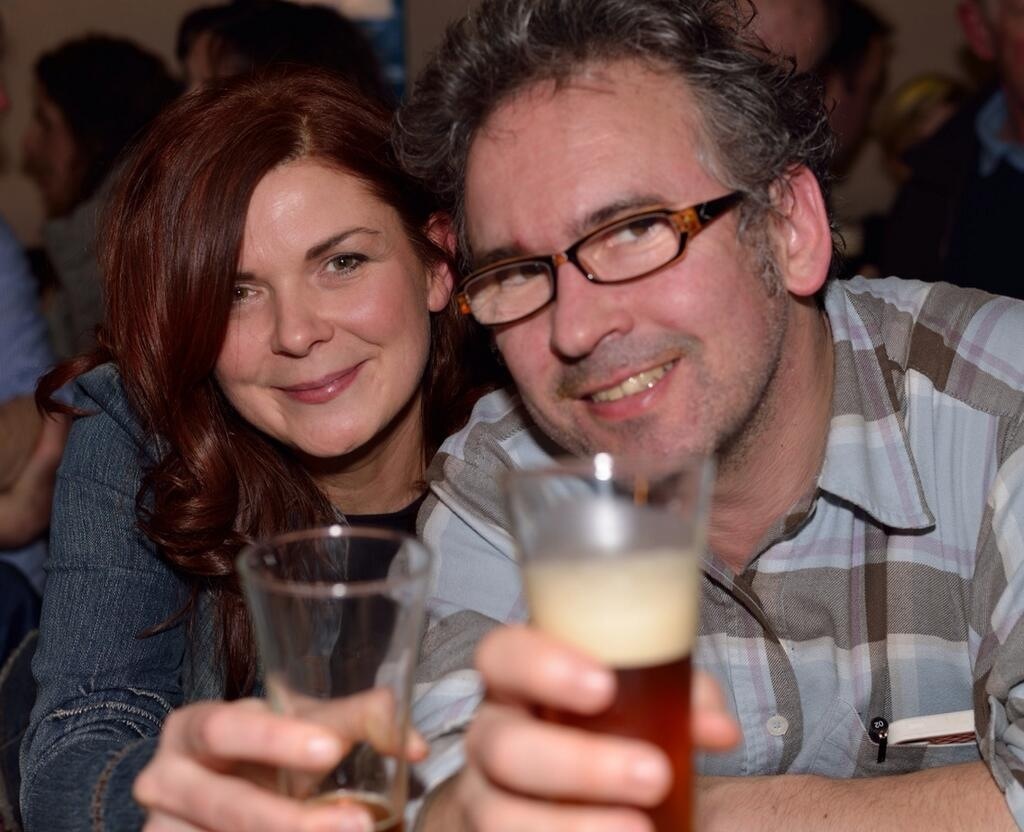 Sarah Roarty was working as a high-flying chemist with ICI before she packed it all in to focus on her passion – brewing. Sarah graduated from the Institute of Brewing and Distilling in London, qualified as Ireland’s first beer sommelier and went on to launch her first N17 brews in 2014. N17 has gained a brilliant reputation over the last number of years, not just for its great tasting beers (with multiple awards), but also for its philosophy of sustainability and letting nothing go to waste.