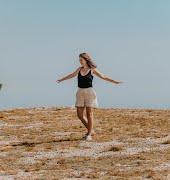 The 6 most iconic festival performances of the summer (so far)

August is a bittersweet month, marking both the end of summer and the back to school feeling that never leaves your system, even if you’re more years out of school than you spent there. But summer isn’t over yet and this year the pop gods have gifted us with iconic festival performances, everlasting anthems and bright n’ shiny newcomers who are rejigging the format of chart music as we once knew it.

Looking back on the summer months, I’ve totted up ten of the best artists who have taken the time to improve our lives and have reviewed their most generous offering to us.

Not only that but these very acts are either coming back to Ireland for the final dash of summer festivals or have been booked in for gigs in the depths of winter. So not only can we look back on this summer and smile, we can look forward to the months ahead without falling into a pit of deep despair.

Related: Where to get Alexa Chung’s festival style

Irish band Pillow Queens are on a constant winning streak. This year saw them knock out two EPs (State of the State and Calm Girls) and their latest single HowDoILook just reaffirms their astute ability to capture the everyday insecurities that nag us.

When they put on a live show, they put everything into it so if you’re easily swayed by melodically sweet indie rock with lyrics that cut like a knife, you shall be floored. Plus, there’s a vicious rumour going around the Irish music scene that they’re some of the soundest people in the biz.  So there you have it.

Billie Eilish
When you were 17, you probably spent your summer watching Big Brother 24/7  and learning how to smoke. Not Billie Eilish. In March, she released her highly anticipated debut album When We Fall Asleep, Where Do We Go? In March and the following month, she was playing the main stage at Coachella, where she also befriended her idol, Justin Bieber.

Playing Glastonbury’s Other Stage (the second biggest stage at the festival) this June, she had the sunburnt audience in the palm of her hands, breaking her steely gaze with a Cheshire cat grin.  Mixing in emo-goth visuals, a hip-hop attitude and spitting out dark-pop hooks, she injects perfect levels of teen angst – “DUH!” – into her songs that we can all relate to. Although, her mam probably doesn’t have to shoo her out of the house, telling her that she’s wasting her summer.

Marina
“Oh, my God, you look just like Shakira. No, no, you’re Catherine Zeta! Actually, my name’s Marina.” Having taken a brief hiatus from music, alt-pop queen Marina made her comeback – minus the Diamonds –  with her fourth album Love + Fear this April and what a return it was.

Gifting us sad songs with cheery melodies, I was lucky to catch her at Lisbon’s NOS Alive in July where she absolutely slayed. She knows what her devoted fans want, and in the dead of the Portuguese heat, she delivered choreographed dance routines for How to be a Heartbreaker, lasers filing the tent during Primadonna Girl and pitch-perfect Capella performances for I Am Not a Robot.

If her NOS Alive performance is anything to go by, her forthcoming tour will be bright, lively, camp and extremely heartfelt.


When can you see her? 30th October 2019 in the Olympia Theatre, Dublin

Lizzo
This woman. This powerhouse. This force to be reckoned with. As the grand stretches began to reveal themselves in April, she came in swinging with her banging third album Cuz I Love You, donating three singles – Juice, Tempo and Truth Hurts – as some of the biggest songs of the summer.

The singer and rapper, from Detroit, has been blazing a fiery trail across the festival circuit, bringing her trusty flute Sasha Flute and her contagious positivity along with her, instantly winning over anyone who hadn’t yet had the pleasure of knowing her.

After months of Irish fans pleading with her to finally visit Ireland, she announced a date this summer only for controversy to soon follow. Her Dublin gig in the Olympia sold out in a matter of minutes only for those same tickets to be available as ‘resold’ at a much higher price at the exact same time. So if you have a ticket, kiss it every night before you go to sleep because it’s a wanted item.


When does she return? 10th November 2019 in the Olympia Theatre, Dublin 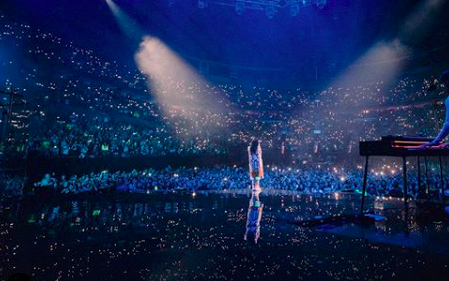 Robyn
When Robyn failed to announce an Irish date as part of her European tour for her eighth album Honey, I made my own religious journey to Lisbon’s NOS Alive to see her. Using her body as a tool, she lets synths hang in the air as she stands motionless for the opening bars of Send to Robyn Immediately and she crawls and vogues along to Read Between the Lines with a dancer who mirrors her every move. Cutting out the music for Call Your Girlfriend, as the crowd scream the lyrics to her, she absorbs the love, the adoration.

Pop stars like Robyn come once in a lifetime and if she needs to take long breaks between albums, we’ll take it. We’ll take what we can get in return for that magic.

When can we see her? Rumours of a Robyn return circulate every few months so Irish fans will have to continue holding their breath.

Mabel
Don’t Call Me Up is absolutely in the top ten – if not the top five – songs of the summer and Mabel is fast becoming the pop star of the day. Her debut album High Expectations is out tomorrow (August 2) and it’s a polished collection of R&B songs that confirm her status as really effing cool.

Over the course of the last 18 months, she has visited Ireland four times, supporting Harry Styles in the 3Arena, performing at Longitude 2018 and hitting up The Academy twice for her own headline shows. With each gig, she grows in star power.

When can we see her? 29th January 2020 in the Olympia Theatre, Dublin

Read more: Why music festivals need to be more female-friendly

Read more: Where to eat and drink in Galway city