50 shades of why Yann Moix needs to get a grip

Just when we thought sexism might actually be having a moment, French presenter and author Yann Moix metaphorically slapped us all on our bottoms. Amanda Cassidy on why we all need to stop seeing ageing as something to be ashamed of.

Listen, we all have our thing. Mine is men with small hands. I’d go as far as to say that even if Tom Hardy had small girly hands, I’d be out. A friend of mine broke up with her lovely-in-all-aspects boyfriend because he watched TV with his tongue poking out, ‘it just hung there, lazily slumped between his teeth, she sighed. I couldn’t concentrate on anything else.’

The point is that no matter how bizarre our turn-offs may be, that’s our prerogative. But, we (mostly) keep them to ourselves. Nor do we insult huge swathes of the population based on superficiality and their lack of elasticity. Not so for popular French author and television presenter, Yann Moix who declared to Marie Claire magazine that all women over 50 were invisible to him and that he was ‘incapable’, nay, revolted by the idea of being with a woman aged 50 plus. (Predictably, this lothario prefers women half his age.) Whoah, Yann have you met Jennifer Aniston? Or Halle Berry or Julia Roberts, Demi Moore or even Elizabeth Hurley? 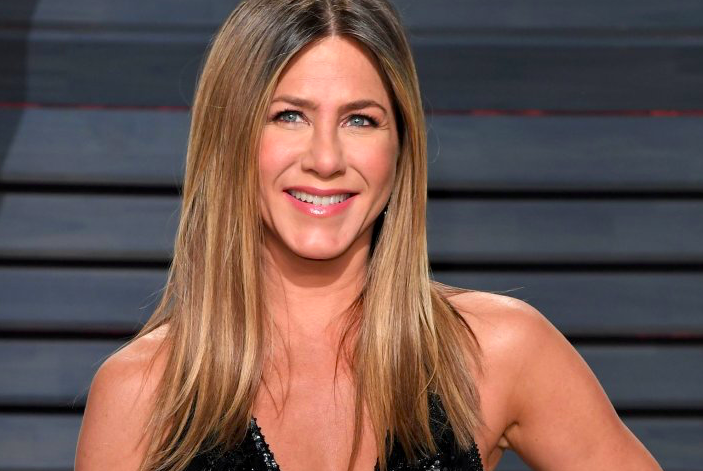 When asked about older women in the magazine’s French edition, Moix, 50, replied, “Come on now, let’s not exaggerate! That’s not possible … too, too old. I prefer younger women’s bodies, that’s all. End of. The body of a 25-year-old woman is extraordinary. The body of a woman of 50 is not extraordinary at all,” he said, adding that he preferred to date Asian women, particularly Koreans, Chinese and Japanese. “It’s perhaps sad and reductive for the women I go out with but the Asian type is sufficiently rich, large and infinite for me not to be ashamed.”

Inevitably, women everywhere (especially those over 50) had a lot to say on the issue. Journalist and writer Colombe Schneck, aged 52, shared a picture of her bum on Instagram with the caption.

“Voilà, the buttocks of a woman aged 52…what an imbecile you are, you don’t know what you’re missing, you and your tiny, paunchy brain.” 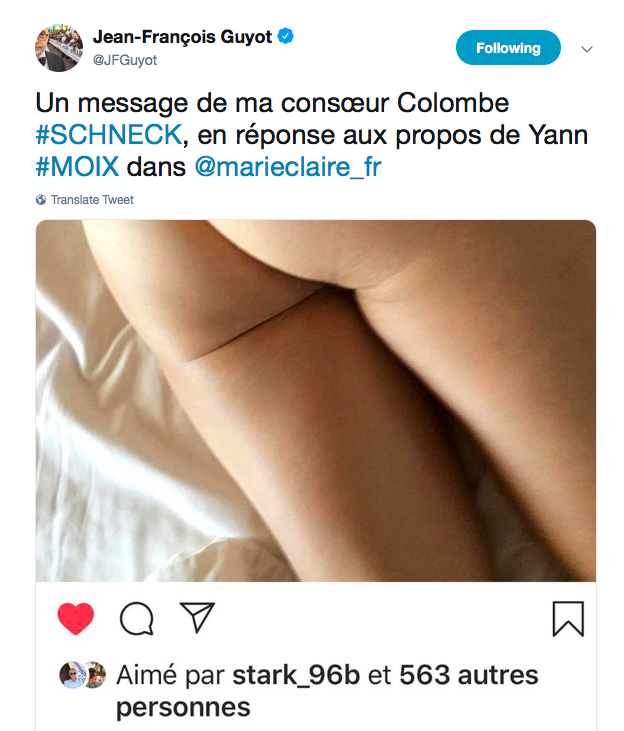 One French comedian tweeted that because she is about to turn 49, she only has “one year and 14 days” left to sleep with the author. Another proclaimed that “women over 50 were likely breathing a sigh of relief at his comments and another tweeted “Can women under 50 be invisible to you as well please?” Journalist Sophie Fontanel put it best when she pointed out; “We’re all in the same boat of passing time, Yann,” she wrote. “Don’t think you’re above marks and wrinkles just because you can’t stand them. By limiting women’s lives, it is your own you are shrinking.”

Taking a purely scientific point of view, there is evidence that men are biologically programmed to seek out younger women. In a major study of human mating done in 1989, evolutionary psychologist David Buss found that in each of the 37 cultures he surveyed, men preferred to marry younger women, by an average of 2.66 years, and women preferred older men, by an average of 3.42 years. This data, he argues, shows that age preferences for a partner are most likely the product of evolutionary pressures. But this is based on a society based on the model of male breadwinner, female homemaker, women will seek out a man whose economic resources make him a good provider, and men will seek out a woman whose “pliability and readiness for reproduction”make her a good housewife. Surely in more sophisticated societies like ours where there is increased gender equality, the age gap between partners should shrink? Scientists Alice Early and Wendy Wood decided to find out. In a study carried out in the US, they found that “as gender equality increased, women expressed less preference for older men, men expressed less preference for younger women, and consequently, the sex difference in the preferred age of mates became smaller.”

Ergo, Yann Moix is a dinosaur.

Becoming irrelevant to men like this is obviously a huge plus as we navigate through our 40s and 50s but just when we come into our own, considerably more confident and self-assured, to be reduced to the superficiality of how our body looks under our clothes is pretty disappointing. 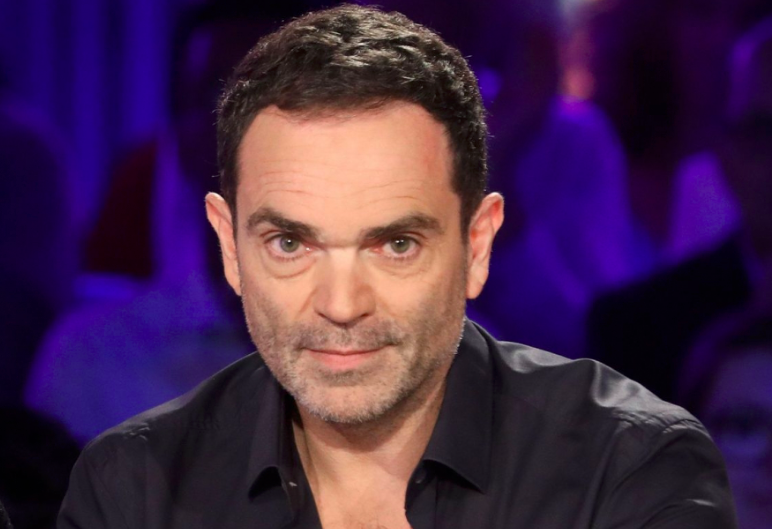 No country for old women

For many who are turning 50, one of the major advantages to ageing is not caring as much about what other people think. Yes, it is a major milestone and of course, we mourn the loss of our smooth foreheads but surely this is an age where we finally get to use all the things we’ve learnt along the way? Wisdom, experience and liberation – aka the art of not giving a f*ck. Mentally and emotionally we realise that there is less time for non-essential concerns, priorities shift, and that’s when we come into our own, right? Many of the women we spoke to report eating better and getting into better physical shape than they have been for years. Naturally, with this should come a heightened sense of self-esteem, a quality that’s attractive at any age.

But is that just what we tell ourselves to feel better? The problem here is that as long as we live in such a youth-obsessed society, we are conditioned to feel ashamed of ageing. We inject our faces, we lie about our age, we do everything we can to delay the signs of our bodies getting frailer. But of course we do – because age is thrown at us as an insult.

We live in a world where during the US elections there were headlines asking if 68-year-old Hillary Clinton was “too old for the job” while the same publication in the same month ran the headline ‘It is Jeremy Corbyn’s age that makes him seem fresh.” (The labour leader is two years younger than Clinton.)

Can you imagine reading a sentence like that about an older woman? Turning 50 is certainly momentous, but it doesn’t have to be portentous…as long as we don’t kid ourselves that it doesn’t bother us a bit. Let’s tear up the memo that being younger makes us more valuable to the world. It’s time to stop being in denial about ageing.

As for Yann Moix, bums in the air, ladies. Et voilà.