5 things we learned from A Morning with Cecelia Ahern

Bestselling author Cecelia Ahern launched her 17th novel, Postscript, on Saturday at the Stella Cinema at an event held by An Post, sponsor of the Irish Book Awards, in partnership with IMAGE.

They laughed, they cried, they got up close and personal with one of Ireland’s bestselling authors.

Hordes of Cecelia Ahern fans descended on the Stella Theatre in Rathmines on Saturday as the writer launched her new novel, Postscript, the highly anticipated sequel to 2004’s PS, I Love You.

In an event sponsored by An Post, in partnership with IMAGE, guests were treated to a screening of PS, I Love You, followed by a Q&A with Cecelia herself, in conversation with IMAGE Group Brand Director Rosaleen McMeel.

Cecelia Ahern tells IMAGE Group Brand Director @rosiemcmeel she would tell her 21-year-old self to ‘chill out’ 15 years after her debut novel PS, I Love You was released #ReadersWanted #sp pic.twitter.com/NETz5aYtat

Guests have started arriving for A Morning With Cecelia Ahern @StellaCinemas IMAGE are excited to be in partnership with @PostVox #ReadersWanted #sp pic.twitter.com/EXgn5H9EFY

Postscript, which marks Cecelia’s 17th adult novel, follows Holly Kennedy seven years after we first met her in PS, I Love You, when she was mourning the death of her beloved husband, Gerry.

In Postscript, Holly is beginning to get her life back on track, when a club inspired by Gerry’s letters to his wife, calling themselves the PS, I Love You club, need Holly’s help.

Can Holly continue on her new journey, or will she be sucked back in to her past life? 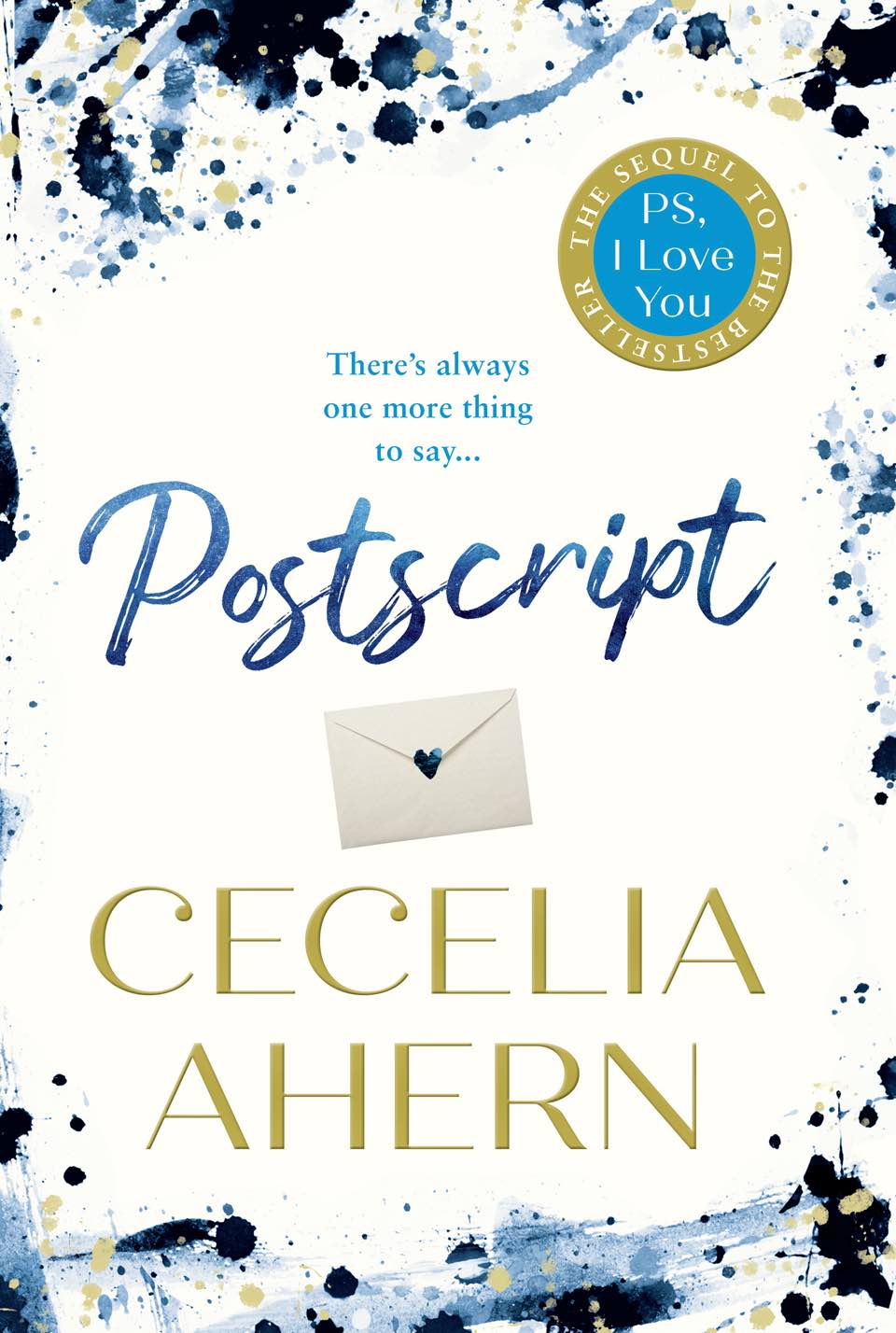 From fan stories to Oscar winners, here are 5 key takeaways from A Morning with Cecelia Ahern.

1. Cecelia Ahern was just 21 when she wrote PS, I Love You

Cecelia may be a seasoned author and soon-to-be mum-of-three now, but when her debut novel was released, she was fresh out of college, and only 21. Speaking at A Morning with Cecelia Ahern at the Stella on Saturday, she told Rosaleen McMeel that she would tell her 21-year-old self to ‘chill out’ and that everything was going to be okay.

Cecelia revealed she was so moved by a fan’s story about her father, who had passed away, that she incorporated it into Postscript as a way of acknowledging the man’s heartwarming tribute to his family. The father had thoughtfully bought and wrapped Christmas presents for his family eight months before December 25 and hidden them in the attic. His daughter found them after he had passed.

3. Postscript will be made into a film

Like PS, I Love You, Postscript is also getting the Hollywood treatment, Cecelia Ahern has confirmed. PS, I Love You, which was released in 2007 with a star-studded cast of Hilary Swank, Gerard Butler and Lisa Kudrow, was an international hit, racking up Teen Choice and MTV Movie Award nominations. Cecelia admits she wasn’t very involved in the production process the first time round, but will play a bigger role in transforming Postscript for the big screen.

4. An A-lister is already on board for Postscript the film

Cecelia confirmed at A Morning with Cecelia Ahern, sponsored by An Post in partnership with IMAGE, that Hilary Swank has been confirmed to reprise her role as Holly Kennedy in the second film. Swank, who has won two Oscars  – for Boys Don’t Cry in 1999 and Million Dollar Baby in 2004 – got in touch with Cecelia personally when Postscript was released. Cecelia revealed that Swank emailed her and offered her any help she needed with the book, and when it was confirmed that a sequel to PS, I Love You was in the works, Swank agreed to come on board. We can’t wait for this one to hit cinemas!

5. Cecelia continues writing because it’s what she loves

She may be on her 17th novel, but Cecelia Ahern says she keeps it up as it’s such a passion for her. When asked what she’d do if she couldn’t write, she said she’d miss it terribly. The bestselling author also advised those who dream of writing a book that they should only take on the task if they have a love of writing. ‘Someone once said to me “I’d love to have a book” and I asked them “Do you like writing?” and they said “not really”. If you want to write, write. Don’t just do it to have a book on the shelf. Your heart has to be in it.” 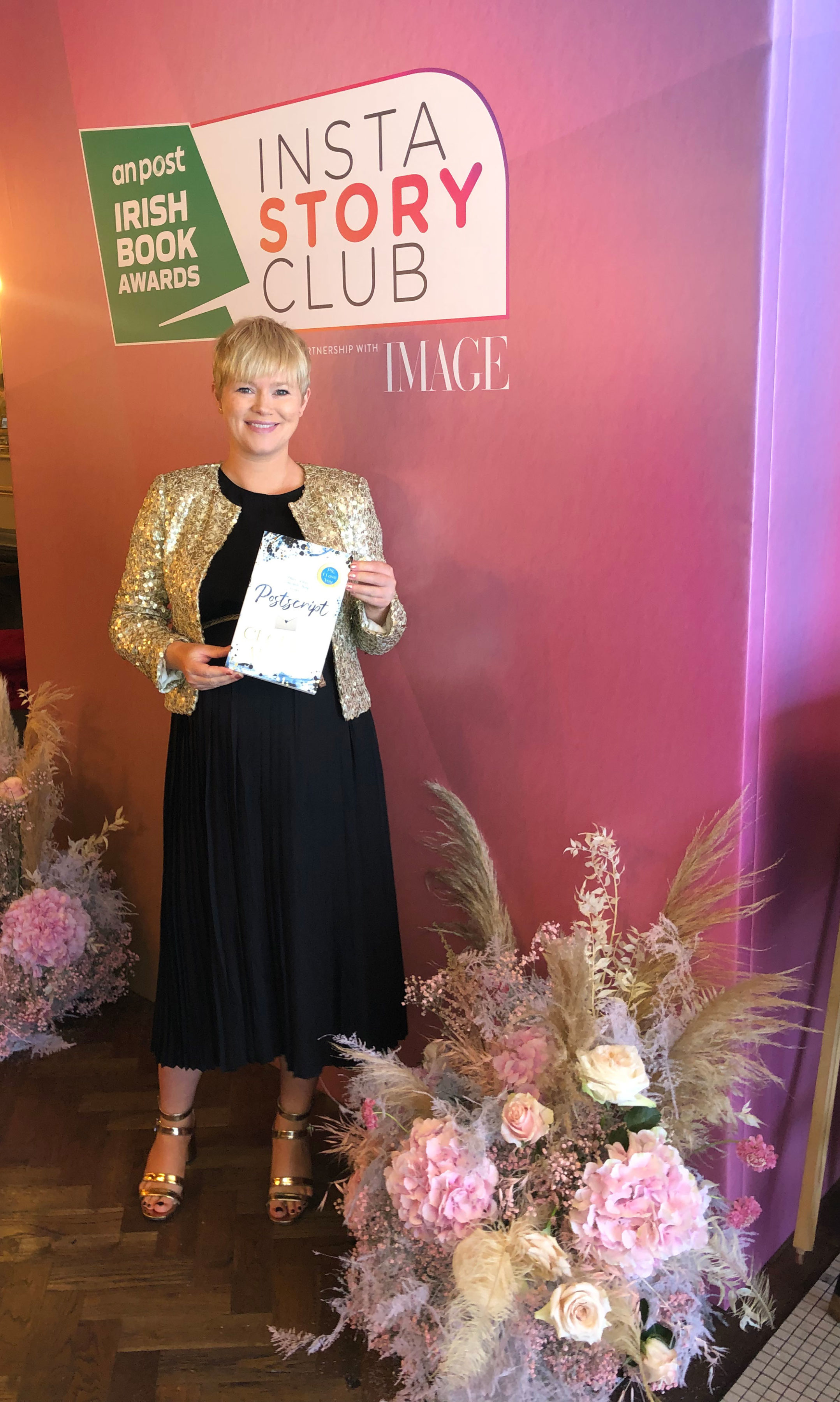 Cecelia was speaking at A Morning with Cecelia Ahern at the Stella Theatre on Saturday, September 21, in an event sponsored by An Post in partnership with IMAGE. Postscript, published by Harper Collins, is available now.

IMAGE has teamed up with An Post for the Insta Story Club, an exciting partnership which will see Ireland’s most creative writers share insights on their writing process, and some tips on how to make it as a successful writer. Stay tuned to image.ie and IMAGE social channels to be a part of the Insta Story Club.