5 gorgeous Irish children’s books your little ones will love

Looking for a new book to read with your children? Jennifer McShane recommends a selection of titles, some nominated in the An Post Irish Book Awards 2018, that are a joy to read – for the parents as well as those young and curious minds.

The Trouble with Perfect by Helena Duggan 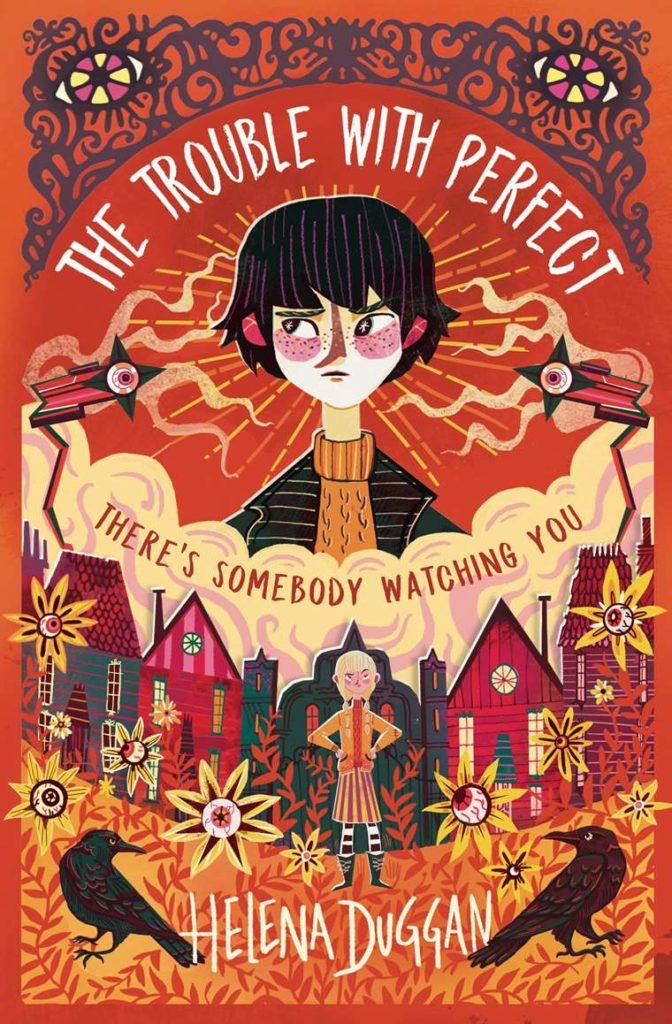 The second in the ‘A place Called Perfect’ series, having uncovered the secrets that lay behind the spookily pristine town of Perfect, Violet and the townsfolk are enjoying their new freedom from the maniacal rule of the evil Archer twins. But have they really seen the last of Edward Archer? Why is Boy acting strangely? And who is masterminding a scary zombie army? Another quirky, creepy and unforgettable adventure by the Kilkenny-born author, suitable for reading from aged 9 and up, even though Halloween has been and gone. Usborne Publishing, approx. €6.99, out now. 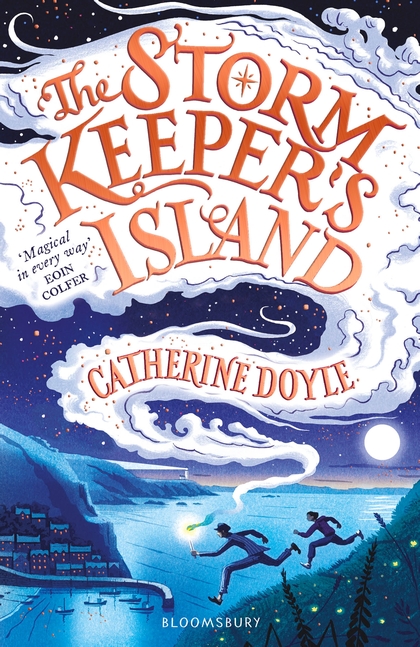 Another for slightly older children from 9 to 12 years old, this slightly sinister-yet-magical title drew me in, despite my being well above the age of the intended audience! Once in a generation, Arranmore Island chooses a new Storm Keeper to wield its power and keep its magic safe from enemies. The time has come for Fionn’s grandfather, a secretive and eccentric old man, to step down. Soon, a new Keeper will rise, and all eyes turn to Fionn, but it won’t be as simple as that. Something of a different kind of magic waits for him on the island… They’ll love this one. Bloomsbury, approx. €9.99, out now.

Granuaile: The Pirate Queen by John and Fatti Burke 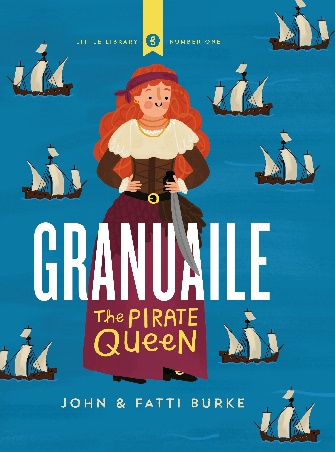 The Burkes our back with an exciting new Little Library series introducing young readers to some of Irelands most inspirational icons in Irish history. The first this new series is Granuaile, Ireland’s original rebel girl. Granuaile: The Pirate Queen was the daughter of a great trader and sea captain, Eoghan O’Malley of Mayo 500 years ago.  They lived in a castle on Clare Island and Granuaile spent her childhood on the sea in boats of all shapes and sizes. Granuaile’s parents wanted her to do what other girls did: be a good girl and get married and settle down. But Granuaile had other ideas. So she cut off her hair and set out to sea and captained her own ship learning to survive on her own and eventually took over her father’s business, collecting taxes from other boats and ships. With truly beautiful illustrations and the fact that they kids get a taste of Irish history as well as an engrossing story, this one is a must-read. Gill Books, approx. €12.99, out now.

The Magic Moment by Niall Breslin 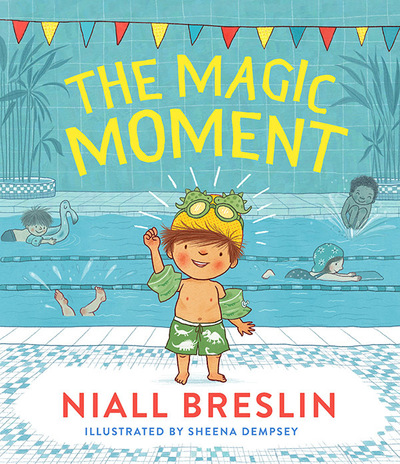 The Magic Moment is a gorgeous picture book written by Bressie and illustrated by Sheena Dempsey that helps children (5 to 8 years) explore difficult emotions and face their fears. It’s both charming and provides a simple, easy mindfulness technique, to help children overcome their fears. We meet Freddie, who is excited about his first trip to the swimming pool. But when he gets there, he finds it scary. So scary in fact, that he just wants to go home. Later that evening, Nana teaches him a secret trick – the Magic Moment.  It gives you superpowers when you’re facing something scary. This is a must for parents or anyone working with children who wants to help them feel the fear and jump in anyway. Gill books, approx. €14.99, out now.

Here We Are: Notes for Living on Planet Earth by Oliver Jeffers 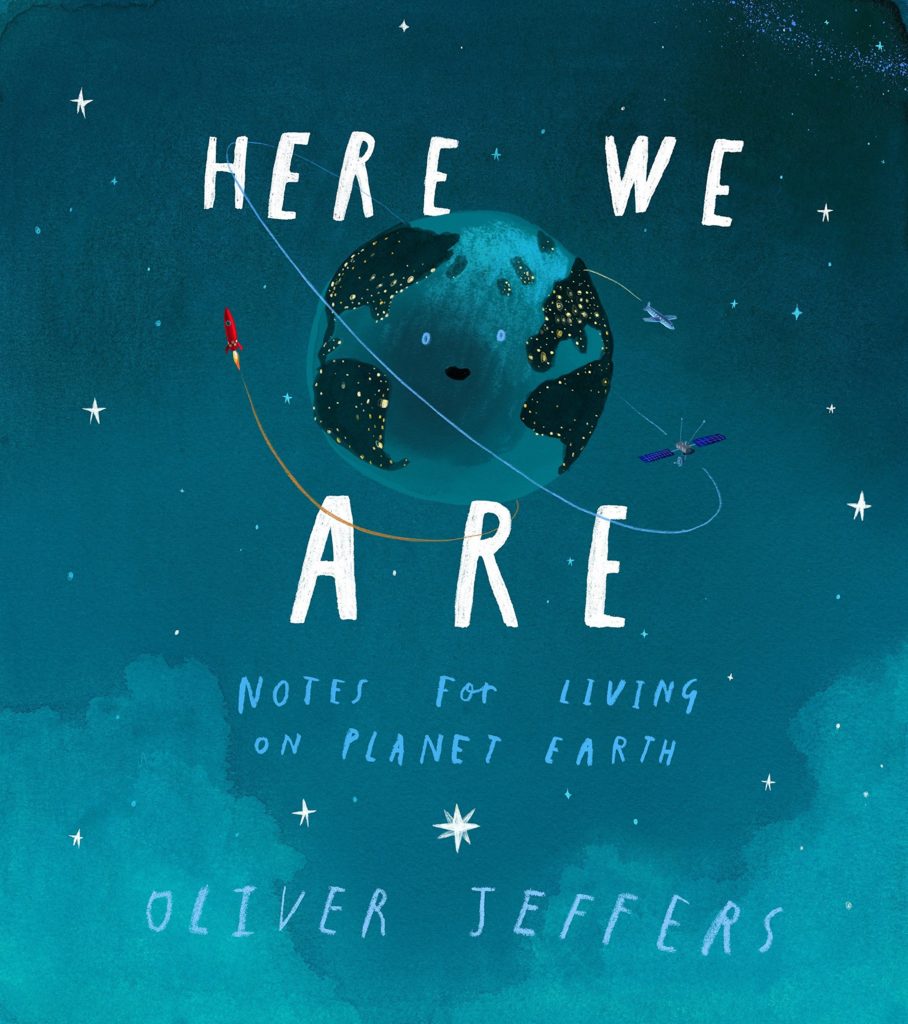 This beautiful book by Northern Irish illustrator and children’s author Oliver Jeffers encourages young minds to not only know and think of the earth as their home, but as something that must be protected.  It’s intended to be a slightly tongue-in-cheek guide to our planet, written after the birth of the author’s child.  aimed at one of its new arrivals: the author’s baby.  He takes readers on a “quick tour” of our planet, offering a few highlights about the land, sea, and sky that surrounds us, complete with gorgeous imagery that’s sure to keep the little ones (aged three and up) entertained for hours. HarperCollins, approx. €21.99, out now.