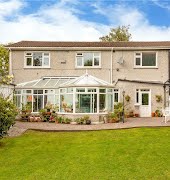 This charming Terenure home with lush, landscaped gardens is on the market for €1.295million

I spent a month looking for a flat in Dublin, the desolation and despair creeps up on you

Before Carmel Harrington wrote her latest book, centred around homelessness, she tried to walk in the shoes of a mother living in temporary accommodation. Here, she reminds us how precarious everyone’s situation can be, and that the people we see sleeping on the streets are someone’s loved one who needs to find their way home.

Nearly 20 years ago, a voice on the radio made me pause. A father sharing his distress that his son was missing, living on the streets in Dublin, homeless. There was so much pain in his voice that it floored me. I stopped what I was doing and listened to the interview. Really listened.

This man had spent days searching the streets of Dublin because he’d been given a lead that his son was sleeping rough there. But if he was, the dark shadows hid him well.

The father was broken as he admitted defeat. He would not be bringing his child home.

He explained the many interventions he and his wife had tried over the years. He spoke about how their life was changed, their world now, one of unrelenting sorrow and worry. All this man wanted to do was make things better for his family, and he simply could not do this. His son had lived with mental health issues for more than a decade and he now preferred isolation on the streets.

I’ve never forgotten that interview. Some stories stay with you, don’t they?

Every day is a school day, a saying I often quote. Well, there’s no doubt that this interview taught me a valuable lesson. When I see someone curled up in a sleeping bag, I remember that father’s pain. The person in the doorway is someone’s child, sibling, parent, friend.

One of our invisible

There is no doubt that the many causes of homelessness are complex. I’ve likened it many times to a big pot of stew – with poverty, lack of affordable housing, mental health issues, addiction and family breakdown all simmering away in an impossible situation.

When I decided to write A Thousand Roads Home, where homelessness is the central theme, I thought about that radio interview. I decided that I wanted to include a character who chose to be homeless. Someone who walked out his front door because the white noise had become unbearable, drowning out everything else. Tom’s character began to form – a rough sleeper who chose to live on a park bench in Fairview, Co Dublin. One of our invisible. The unkempt, dirty man that we pull our children away from. Our eyes averted, uncomfortable by his truth.

The headlines about families living in hotel rooms had pricked and prodded me for months too, making me feel both uncomfortable and grateful. Uncomfortable that we live in a world where it is acceptable that 10,000 do not have a home. Grateful that I have my own front door, a safe place to fall.

Ruth and DJ’s characters took form – a young single Aspie mother and her son, who end up homeless when they are evicted from their flat.

My agent calls me a method author. While researching storylines, I like to walk in my characters’ shoes whenever I can. And for a short time, I became Ruth. I spent a month looking for a flat in Dublin, in her circumstance. I failed despite my every effort, and I realised how true the saying was, that we are all only two pay cheques away from the streets. I moved into a hotel used for affordable housing for a short stay, to understand the practicalities of living in one room with children. The desolation and despair creeps up on you, of that I can assure you.

And I remind myself that everyone has a story. The homeless may have found themselves on the wrong road one or a thousand times. My wish for them all is that they find their way home soon.

A Thousand Roads Home by Carmel Harrington (HarperCollins, approx €15.99) is out now. 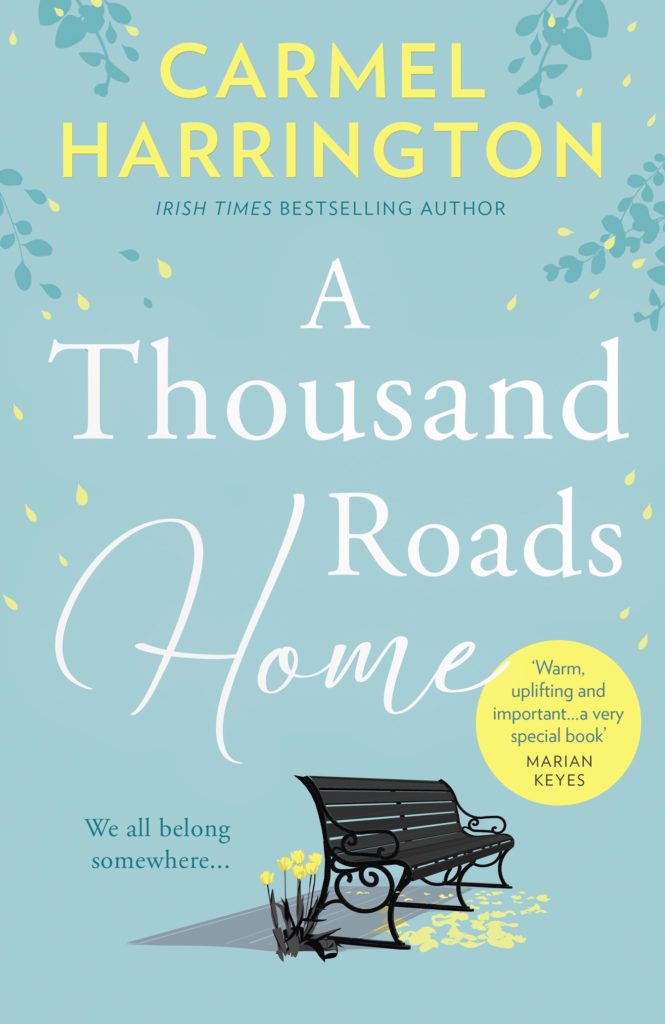