Marianne Power’s lessons learned from a year of self-help

Last night, I met two friends who were back from their holidays. One announced that she was going to leave the corporate job that has been sucking her will to live and retrain as a teacher. The other told us she’s joined a gym and downloaded a dating app. “I refuse to be single at one more wedding,” she said, after enduring four this summer.

This is what happens in September. We come home from a long holiday determined to Change Our Lives.

A few years ago, I was in exactly this situation. On paper, things were good – I had a nice life as a freelance journalist, had nice clothes, nice friends, but underneath it all, I was lost. While friends were buying houses and starting families, I was stuck in a single, heavily-in-debt and drinking-too-much rut. One Sunday, during a particularly bad hangover, I decided things could not carry on the way they were. So, I turned to self-help.

I’d always been a fan of self-help books. If it was promising to banish my worries in my lunch-hour and had Oprah’s seal of approval, I’d buy not only the book, but the audio and the T-shirt. Friends laughed at me because I was the worst advert for books such as How to Stop Worrying and Start Living – which I’d read four times – but I figured these books would work if only I could actually do what they say, instead of reading and carrying on as normal.

Then, twelve hours into my hangover, I had an idea – I would no longer read self-help, I would do it. For one year, I would read a different self-help book each month and do everything they told me to do. I’d find out what happened if I really did follow The 7 Habits of Highly Effective People, really did live The Power of Now... I’d systematically tackle one flaw at a time until I became… perfect! That was the plan, at least.

I started with Feel the Fear and Do it Anyway by Susan Jeffers. This book told me I should do something scary every day, and I did. I jumped out of a plane, did stand-up comedy and naked modelling. Then I spent a month crying over my bank statements with a finance book called Money: A Love Story, a book which argued that people who don’t look after their money are not free spirits, they are self-sabotaging. Oh.

Next was The Secret, one of the bestselling self-help books of all time; a book that tells you that you can have anything you want in life if you just believe. I did a vision board, which involved cutting out pictures of what I thought my dream life would look like, and found myself getting very stressed about what colour bathroom tiles to have in my fantasy home. I road-tested a Mercedes and tried to believe it was mine, before getting the bus home. I even wrote out pretend cheques in the hope that real ones would come flying through the door. They didn’t.

And on it went, through a month of Rejection Therapy, which involved getting rejected every day by other people, which was as awful as it sounds, and Angel Therapy, where I tried and failed to talk to my winged friends. I ran across burning coals at a Tony Robbins weekend and swore my way to enlightenment at a F**k It retreat in Italy. 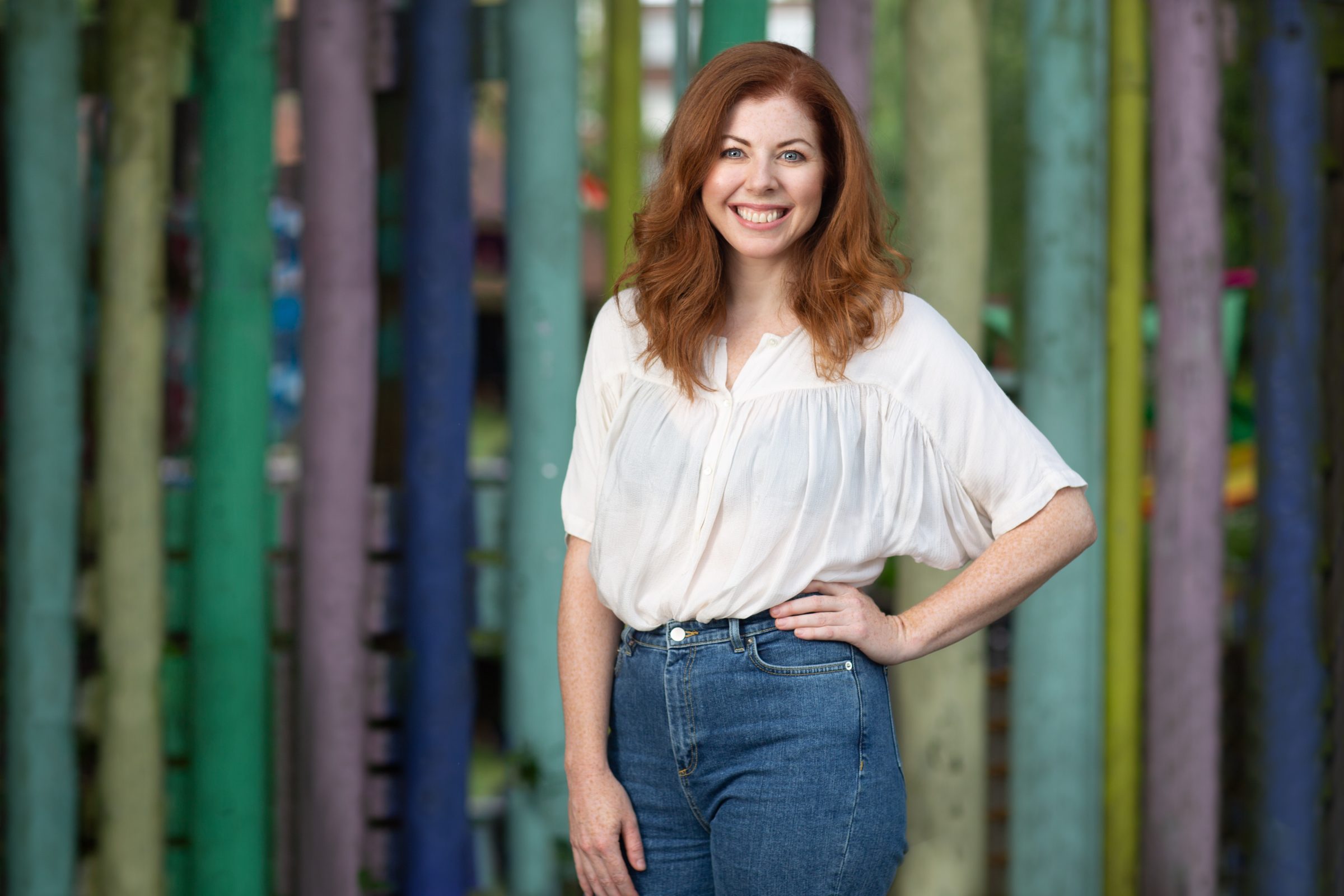 Marianne Power learned one valuable lesson in her road to self-improvement: she didn’t need fixing

Self-improvement was my full-time job, and I learned a lot. I realised that life changes the moment you do something, do anything. Even small things like opening bank statements that you’d normally shove in a drawer can give you a rush of energy and confidence that spills into other areas of life. With Rejection Therapy, I learned that while people are lovely, I feared rejection so much that I haven’t put myself in situations in which I could be rejected; hence, I was rejecting myself before others could get the chance to.

In F**k It, I learned that, strangely, the more you relax, the better things seem to go. But eight months into my experiment, it was hard to escape one fact – I was miserable. The harder I tried to improve myself, the more of a failure I felt. The more I chased happiness, the more elusive it was. Self-examination had turned to self-obsession, which had turned into self-loathing.

Then I found two books that really did change my life: The Power of Now by Eckhart Tolle and Daring Greatly by Brené Brown. The first told me that the voice in my head that told me everything I did was wrong was not real and that the only way to find happiness was to breathe and ask yourself, “Do you have a problem right now?” The answer is almost always no.

The second book, by Brené Brown, helped me realise that there is no such thing as perfect – no matter how many self-help books you read or how early you get up to meditate and drink green juice. She says that so many of us think there is something wrong with us and that we need to be perfect in order to be loved, but that’s not true. The only way to heal this feeling of not being good enough is to talk honestly about our fears and insecurities to another person. When we do that and listen to their story, we learn that we are all the same, really, and that is a huge relief.

So, self-help encouraged me to do incredible things and taught me so much, including this: I am not broken and I don’t need fixing. And neither do you. Yes, go out there and do everything you can to change the things in your life that aren’t working, but remember that you are just fine the way you are. More than fine. You are perfectly imperfect. 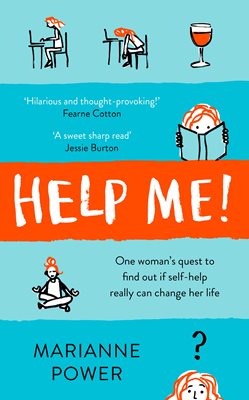 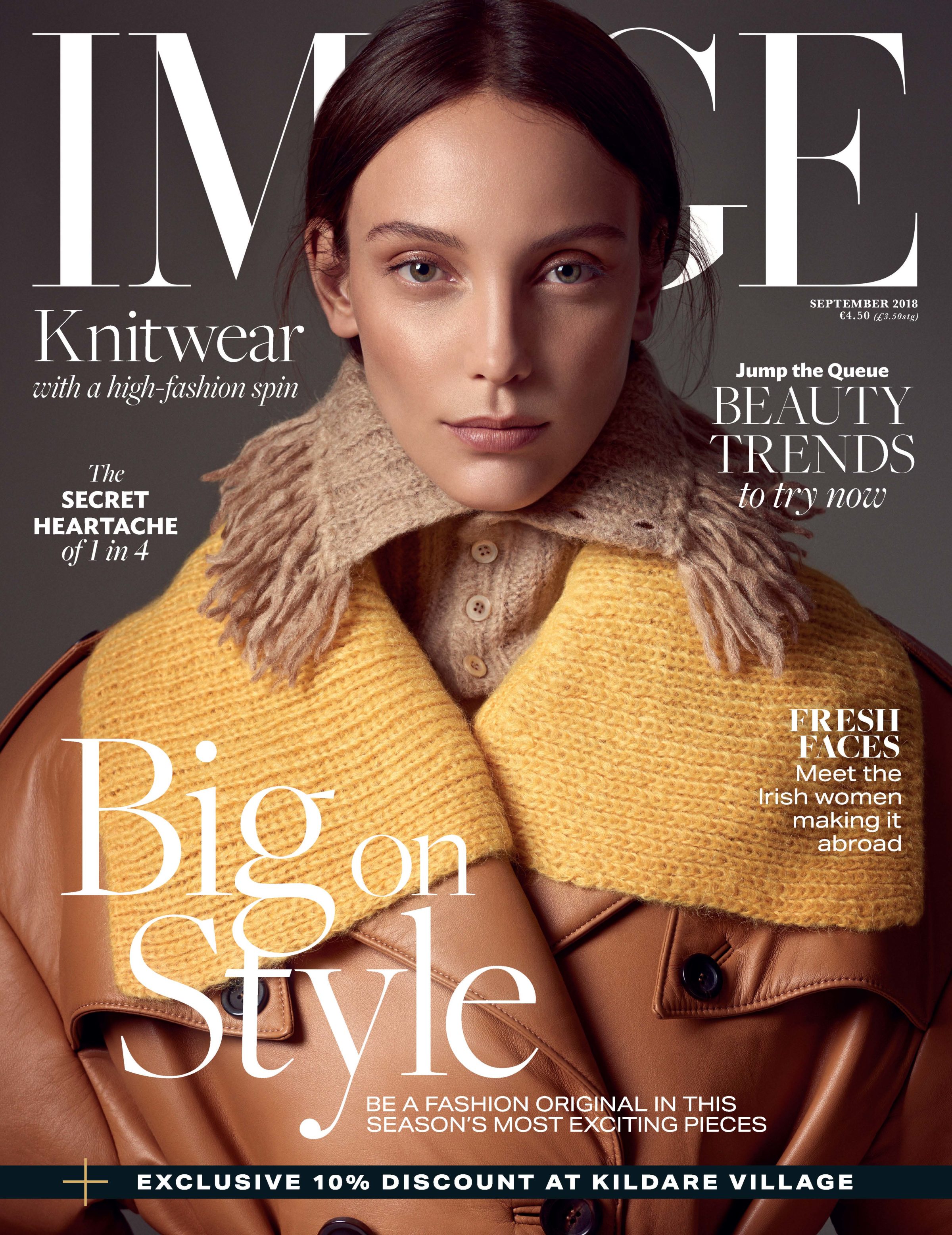 This article originally featured in the September issue of IMAGE Magazine.