‘Love Me For A Reason’: 10 reasons why I love Boyzone

Boyzone sang Love Me For A Reason, so I’m giving them 10. Ahead of their performance in Dublin’s Three Arena this month, I think it’s only fair to reflect on what makes this boy band so great.

Related: When I was seven years old I was
too cool for Westlife

The year was 2011. I was sitting upstairs in McDonald’s, Grafton Street, enjoying a large Big Mac meal post-Christmas party. Mid-bite, I was approached by two guys in their early 20s, both of whom had a tad too much to drink and were convinced I was Emma Stone (I can verify I look nothing like Emma Stone).

When I refused to sign autographs, the guys became more persistent; draping their arms around me and asking for photos. My then-boyfriend, who was sat opposite me, did nothing; which prompted none-other than Keith Duffy to swoop in and save the day.

“Lads,” he’d said. “Here, lads. Leave her alone.” The pair soon scarpered and I, ironically, became the one asking for photos. Here we are. 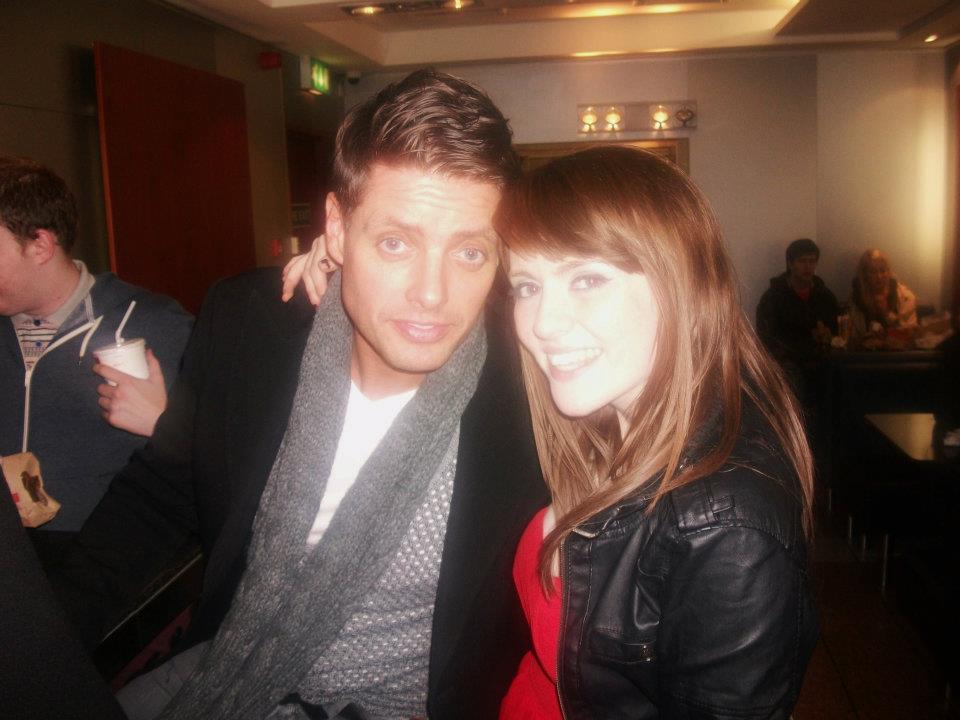 2. Shane Lynch is a cool dad

Despite being in one of Ireland’s most successful music groups, Shane Lynch remains humble and down-to-earth. While tying up my bowling shoes in Leisureplex, Blanchardstown, I glanced up and saw Shane and his little boy playing on the arcade games. Few things are as heartwarming as fathers bonding with their kids, am I right? And the fact Shane doesn’t expose this side of his life on social media makes it all the sweeter.

In November 2013, I attended the BZ20 concert in Dublin’s Three Arena. Stephen Gately, who had passed away four years previously, was still a huge part of the show.

In the middle of the concert, the music stopped and the four singers pulled a dining table and chairs on-stage. They each sat down, poured themselves a drink, and took turns to share stories about their friend.

While they chatted, photos of Stephen were displayed on screens above them. The entire audience, myself included, was in tears – not just sad tears, but happy ones too. The solidity of their friendship was obvious, and when the story-telling was over, they began to sing again.

4. Remembering Stephen Gately in Gave it all Away

Gave It All Away was the last single Boyzone released with Stephen Gately. While it was recorded before his death, it wasn’t released ’til afterwards. To honour ‘Steo’ as they affectionately called him, the band dedicated the music video to his memory.

Filmed in black and white, the video shows the four remaining band members writing letters to their friend. The emotion they show on camera is real and it is palpable. The tears they cry are genuine. But then, in the end, home-movie clips of Stephen encourage them to smile again.

Even if you don’t cry watching the video below, I guarantee you’ll have goosebumps at least.

5. They’re the soundtrack to the Mr Bean movie

Boyzone is synonymous with the 1990s, as is goofy, fictional character Mr Bean. In 1997, when Working Title Films and Tiger Aspect Films were making Bean: The Movie, Boyzone seemed the obvious choice for the soundtrack. Their song Picture of You has since become a timeless bop, and the music video (featuring Rowan Atkinson) isn’t bad either.

6. Boyzone has family ties to B*Witched

Don’t you love when popstars’ lives intertwine? ‘Cause I do. Boyzone’s tie to B*Witched is often forgotten, so allow me to remind you. Shane Lynch is the older brother of Keavy and Edele Lynch, twin stars of the 90’s girl-group B*Witched. What a talented family.

I admire any person who can go on national television and dance like this, dressed like that. In 1993, the boys joined Late Late Show host Gay Byrne for a boogie. Ronan in a beret, Keith in suspenders, Shane in dungarees and Stephen in an open shirt, it’s one for the memory book.

P.S. if you’re wondering who the two extra dancers are, they were originally picked to be in the band but got kicked out (quite early on) for their lack of commitment. They were soon replaced by fan-favourite Mikey Graham.

8. Ronan Keating embraced leopard print before any of us

In 1995, Boyzone appeared on the Late Late Show for a catch up with Gay Byrne. While the rest of the lads donned shiny leather jackets, Ronan Keating chose a leopard-print number. Was he predicting the current leopard-print trend 23 years early? Or was he dressing à la Shania Twain? Either way, I love it.

I’m a sucker for celebrity-focused reality shows, so I was naturally delighted to see Mikey Graham on Dancing On Ice in 2010. If that wasn’t good enough, in week nine, he skated to pal Ronan Keating’s song When You Say Nothing At All.

Whether you want an upbeat, boppy tune or a more romantic ballad, Boyzone has everything you need. Exhibit A:

Top photo: Boyzone, Love Me For A Reason: The Collection