We asked Irish photographer Tessy Ehiguese to photograph Irish women on a Samsung Galaxy S20 Ultra and the results are stunning. Here, they discuss their experiences as diverse women in Ireland and how the country has evolved over the past few years.

Originally from Nigeria and raised in Dublin, photographer Tessy Ehiguese is passionate about championing diversity in Ireland.

For her latest project, she photographed and interviewed Mai Salif, Ellie Villazon and Suad Mooge, asking about the challenges they’ve faced as diverse women and how they believe the diversity of people has evolved in Ireland.

Their responses are written below alongside Tessy’s gorgeous portraits of the three women taken amidst Irish landscape.

1. What do you find most special about Ireland? (i.e. its culture, landscape, people, what makes us Irish)

What I find the most special about Ireland is the openness of people and the community. People love having the craic and banter, and I appreciate that so much.

If I’m honest it wasn’t until the BLM movement that diversity has been highlighted and black voices and people of colour voices have been amplified. A great shift has occurred and I’m excited for the future of Ireland.

Being a woman in Ireland can be tough especially when it’s gender disparity. For me personally, as a musician, women aren’t amplified like they deserve to be even though they are talented and work hard. But on a positive note, highlighting this issue has forced the world to change and justice is being served .

This was one of the best experiences I have had. It really allowed me to feel confident and empowered. I’m so honoured to be part of this project.

1. What do you find most special about Ireland?

Ireland is one of those places where it’s so small you want to get away, but once you do, you always long for the warmth of familiarity and home that Ireland has to offer. Given the small population in the country there is a very strong sense of community, which is what I feel makes Ireland and Irish people special. We can especially see this now with everything that’s been going on; it’s definitely highlighted how Ireland works as one big community.

I think my generation and the younger generation (Gen Z ) in Ireland are really taking a stand against discrimination and racism. Even when I was in school, there was little to no diversity. I experienced a lot of racist comments about my ethnic looks and my accent as a kid and saw a lot more racist acts happen towards my parents. Nowadays, I feel like being diverse is praised, which is a lovely change. Ireland has a long way to go but I can definitely see the mindset of Gen Z making a huge change for the mindsets and actions of future generations to come. Hopefully, Ireland will get to a stage where I can confidently say Ireland is a fully diverse country.

I honestly think that as a woman in Ireland I feel very strong and confident. Growing up I felt like I had to fit into a criteria where men would find me attractive, and I think that was due to the environment I put myself in. I have definitely experienced sexism in the workplace in previous jobs, but the main thing, I think, is to definitely speak up publicly and in the moment. I’ve had an incident where I was being insulted by a misogynistic restaurant owner. I just called him out on the floor in front of customers and it never happened again. Those people usually get embarrassed when called out for it. Don’t ever let a man patronise you, or anybody even. Maybe it comes with age, but I definitely do not feel intimidated or pressured to act/look a certain way in Ireland.

It was so much fun, we were shooting in this beautiful area where there was great lighting, nature and butterflies everywhere. The location was fairy tale-like; it was a dream. Tessy is also an amazing photographer and person in general to work with, and I really enjoyed every moment.

Just remember to hold your own two feet in this world; don’t let anyone try to dim your feminine power and uniqueness. Women should always support each other even if we don’t agree on all aspects of life. And being different is a blessing, why be like everybody else when you can be yourself? Thank you so much for having me be part of this!

1. What do you find most special about Ireland?

The Irish people stand out when compared to other countries. I love the random one-word conversations that you have with complete strangers whether you’re on a bus, in the street or in a shop. Saying “thank you” to the bus driver was a societal norm in my head until I left Dublin and realised that it was something unique to Dublin.

For me, over the past ten years from when I was growing up in Dublin to now there has definitely been a huge leap in the diversity of Dublin. Since starting college and having more opportunities to travel around Ireland, I can definitely say, in my personal opinion, that Dublin is the most diverse city in comparison to other counties. The stark difference in that diversity is seen in how concentrated the ethnic minorities are in Dublin as opposed to other places. I feel as though the more diverse a city is, the more normalised it is to have other ethnicities in an area. This normalisation also applies to their treatment. There shouldn’t be a correlation of how people get treated just because they’re different and there isn’t a lot of them in the one place.

We should treat people the same way regardless of where they’re from and their numbers. I guess there is some truth to “strength in numbers”. Let me tell you a story of when I went to Carlow. I was attending an Inter-African society debate against colleges in Ireland and was in the town’s McDonalds. As we walked out of the McDonalds, two young white boys approached us and yelled “Wakanda Forever” in a mocking tone. From this to the looks around the town and the bewilderment in the locals’ eyes, it was safe to say they didn’t have much experience with non-white Irish people.

When I see the sentence “woman living in Ireland”, I think of the type of woman I am. I am black, a hijabi and a woman. I tick all the boxes for being an “outcast” I suppose. I experience some sort of micro-aggression every day that I leave my house — the journey on public transport where every passenger would take every available seat except the one beside me. Many would even rather stand than sit beside me. The staring that I get from people as I travel on the bus or walk through town makes me question which identity is being scrutinised  — my race, religion or gender.

Let’ s not forget the classic verbal assault when walking by a group of people. They ask “have you got a bomb under there?” or try and taunt you with sayings from your religion. “Asalamu Alaykum” means “peace be upon you”, however some see this as an opportunity to yell and try and use it as a weapon of terror. However, what I’ve learned is that these actions are out of my control and I’ve learned to live with them. I can’t change how people think or act but I can play my part in combatting these societal issues that are so engraved into our very nature that we can’t even distinguish right from wrong.

I really enjoyed taking part in this project. The shoot was great fun. What I loved most about it was the concept. The different cultures being broadcasted and the insight from so many people of different backgrounds is the highlight of it all. It really puts a perspective on all things going on in Ireland and in the world and sets the foundation for conversations that need to be started.

I think that more people need to understand respect in terms of culture, religion and personal space. I’m hopeful for the future of Ireland in terms of their acceptance towards other ethnicities but we shall see. 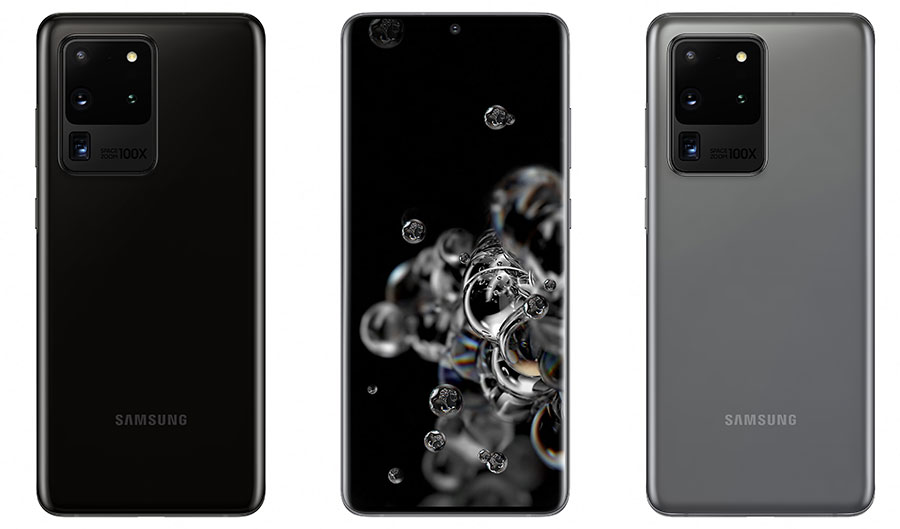 Discover the smartphone camera to end all cameras with the Samsung Galaxy S20 Ultra. It has a 108MP Wide Camera, 40MP Front Camera and 48MP Telephoto Camera. Turn pro with photos fit for any world-renowned gallery. With an Ultra Wide Camera and a monumental 100x Space Zoom, no snap will ever be out of reach.

Read more: The 3 Irish novels you need to read from the Women’s Prize for Fiction longlist


Read more: ‘The Irish mammy is so similar to the Nigerian mum’: Up-and-coming singer Tolü Makay on roots, racism and music


Read more: Racism in Ireland is on the rise, but are we still listening?

Are you future-proof at work? Perform this self-audit to increase your value as a post-Covid employee