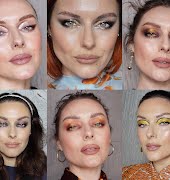 The Big Short: A Reddit page decided to take on Wall Street and they’re… winning?

What is going on with GameStop and why is everyone talking about it?

You may have heard that GameStop, yes that video game store from your childhood, is suddenly back in the news. The company’s stocks have soared by 1,700% in the last few days, suddenly making the struggling company a member of the exclusive Fortune 500 list, if only temporarily.

A Reddit page called WallStreetBets decided to take on a handful of huge hedge funds who were betting that the gaming company would fail. Known as shorting, the hedge funds have essentially been borrowing GameStop stocks from investors and then selling them off, hoping to buy them back at a later date for less money. They then return them to the original investor, pocketing the profit.

If it seems kind of messed up to bet on a company to fail, you are not alone. When the Reddit thread saw what was happening, it began encouraging its 3.6 million followers to start buying up GameStop’s stocks, essentially increasing demand and pushing up the stock price. GameStop’s value has rocketed from $2 billion to $24 billion in just a few days.

The idea has its birth in the Occupy Wall Street Movement, essentially proving to Wall Street and the big money and big tech behind these kinds of hedge funds that they cannot simply write off smaller individual investors, especially when they work collectively like this. The move is really testing Wall Street’s staunch belief that they are “too big to fail”.

This isn’t just made-up money that’ll see Wall Street bounce back in a few days. It really is a David versus Goliath situation that hopes to completely upend the risky betting industry of Wall Street by destabilising it from within. David is winning.

While the uptick in GameStop’s stock is unsustainable – the company hasn’t changed anything to make the product intrinsically more valuable and people will eventually start selling their GameStop shares – the move has already forced hedge funds to back off their short betting. To do this, they have to return the borrowed stock, needing to buy them back for significantly more than they sold them for.

And when I say significantly more, I mean it’s estimated that hedge funds short-selling GameStop have lost approximately $5.5 million since Friday. One of the hedge funds, Melvin Capital, was forced to borrow almost $3 billion from another hedge fund just to stay afloat and it still mightn’t be enough to avoid liquidation.

It doesn’t seem like the Redditors are ready to hang up their stocks yet either. Some of the early individual investors have become millionaires many, many times over in the space of a few days and are refusing to sell, therefore keeping stock prices high and forcing hedge funds to keep borrowing money from each other to stay afloat, destabilising the entire industry. It looks like the movement is spreading too, with other “failing” companies like BlackBerry, Nokia and AMC Cinemas, which until very recently might have looked ideal for short betting against, are seeing huge increases in stock prices.

I guess this is what collective action looks like in 2021, and it’s very impressive.