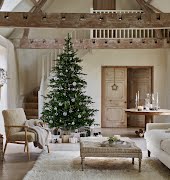 Boris Johnson says Tories ‘changed the rules’ as he complains about his removal in final speech as PM
Boris Johnson has complained that the Conservatives “changed the rules” as he complained about his removal from office during his final speech as prime minister. The outgoing leader said he was “passing the torch” to Liz Truss, before making a bitter reference to the revolt which forced him out just three years after the 2019 general election victory. “The baton will be handed over in what has unexpectedly turned out to be a relay race – they changed the rules halfway through, but never mind,” he said outside No 10.
The Independent UK

‘Absolutely critical’ that Government invest in higher education
The director general of the Irish Universities Association, Jim Miley has warned that it is “absolutely critical” for the Government to invest in education as it remains the “calling card” for the economy. Mr Miley was commenting on the options paper published by the Department of Higher Education on Monday on how to deal with the increased cost of living. Reductions in student registration fees and an increase in grants for third-level students were among the options included.
The Irish Examiner

Climate Advisory Council says Ireland facing most challenging winter in a generation
The Climate Change Advisory Council has called for swift and decisive action to support people and communities this winter by reducing Ireland’s dependence on harmful fossil fuels. It has called for the roll-out of home energy upgrades such as attic insulation and draught proofing to be accelerated; for regular servicing of boilers; the installation of heating controls; and the simplification of the paperwork required to access SEAI energy upgrade grants.
RTÉ