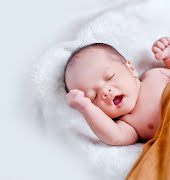 Harris is the first woman in American history ever to run on a successful presidential ticket.

We did it, @JoeBiden. pic.twitter.com/oCgeylsjB4

Harris herself ran for president in the 2020 Democratic primary but dropped out of the race months before Biden was named the party’s presidential nominee.

Here is what you need to know about the woman who is well on her way to shattering glass ceilings.

Kamala Devi Harris was born in Oakland, California on October 20, 1964, the eldest of two children born to Shyamala Gopalan, a cancer researcher from India, and Donald Harris, an economist from Jamaica. After high school, Harris attended Howard University, the prestigious historically Black college in Washington, D.C. She took political science and economics.

In 1990, after passing the bar, Harris joined the Alameda County prosecutor’s office in Oakland as an assistant district attorney focusing on sex crimes. She was then recruited to the San Francisco District Attorney’s office by a former colleague in Alameda and cracked down on teenage prostitution in the city, and reiterating that the focus should be on the girls as victims rather than as criminals selling sex.

In 2003, she ran for district attorney in San Francisco against Terence Hallinan, her former boss. She was elected and became the first Black woman in California to be elected district attorney.

She came under controversy when she declined to pursue the death penalty against the man who murdered San Francisco police officer Isaac Espinoza. In 2010, in her second term as district attorney, Harris ran for California attorney general and won. One of her signature accomplishments as attorney general was creating Open Justice, an online platform to make criminal justice data available to the public.

She won her U.S. Senate race in 2016 and went viral during her presidential campaign when she confronted Joe Biden over his position on cross-district busing in the 1970s: “There was a little girl in California who was part of the second class to integrate her public schools. And she was bused to school every day,” she said. “And that little girl was me.”

She married Doug Emhoff, a corporate lawyer in Los Angeles, in 2014.