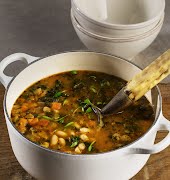 Emily Ratajkowski on sexual assault and taking back her power

Emily Ratajkowski has spoken about regaining ownership of her own image, from battling lawsuits with paparazzi over posting pictures of herself on her Instagram, having artists and boyfriends charge her for her own photographs and exploitation at the hands of a photographer

In an excerpt published on The Cut from her upcoming book of essays, model and actress Emily Ratajkowski has spoken about abuse of power, consent and the lengths she’s gone to to regain ownership of her own image.

The essay begins with a story from 2019, where Emily talks about being out for a walk with a friend when she learned she was being sued for posting paparazzi pictures of herself on Instagram. “I’ve become more familiar with seeing myself through the paparazzi’s lenses than I am with looking at myself in the mirror,” Emily writes. “And I have learned that my image, my reflection, is not my own.”

The essay continues to a story about the artist Richard Prince, who appropriates the work of other artists by taking another photograph of them and essentially making money by stealing the work of others. He made his name by photographing iconic Marlboro Man cigarette ads. A series by Prince of “Instagram Paintings” — oversized pictures of Instagram posts with creepy comments underneath by the artist — were on show in a gallery, including a nude picture of Emily. “Everyone, especially my boyfriend, made me feel like I should be honored to have been included in the series,” Emily writes. Her boyfriend wanted to buy the photograph. “It seemed strange to me that he or I should have to buy back a picture of myself — especially one I had posted on Instagram, which up until then had felt like the only place where I could control how I present myself to the world, a shrine to my autonomy.” In the end, the gallerist bought it. Prince made another Instagram painting of Emily, which she bought with her boyfriend, who, after they split up, charged her $10,000 for a smaller draft of the image gifted with the painting.

“All these men, some of whom I knew intimately and others I’d never met, were debating who owned an image of me.”

Emily goes on to describe being “destroyed” by the release of her personal, intimate imagery in the celebrity hacking scandal, which led her to wire her ex the money for the smaller study of the Prince painting. “I exchanged the safety of those hundreds of Emilys for one image — an image that had been taken from my platform and produced as another man’s valuable and important art.”

The essay ends with a painful story from 2012, about a younger, pre-fame Emily Ratajkowski on a photoshoot at the home of photographer Jonathan Leder. In her essay, she accuses him of sexually assaulting her at an unpaid photoshoot that required an overnight stay. After she was photographed in lingerie, Ratjkowski writes that Leder turned away from her and said “Let’s try naked now.” She writes, “The second I dropped my clothes, a part of me disassociated. I began to float out of myself, watching as I climbed back onto the bed. I arched my back and pursed my lips, fixating on the idea of how I might look through his camera lens. Its flash was so bright and I’d had so much wine that giant black spots were expanding and floating in front of my eyes.”

When Emily Ratajkowski became famous from her role in Gone Girl and the viral Robin Thicke music video, Leder took naked outtakes from the shoot and published them in an  $80 book called Emily Ratajkowski, without Emily Ratajkowski’s consent. Leder disputes this claim. Despite sending cease-and-desist letters, racking up legal fees and speaking out about how the book and gallery exhibition of the photographs were a violation, Emily was told pursuing the lawsuit would be fruitless.

Emily Ratajkowski, the book, was reprinted three times. Leder went onto the publish a second and third book without Emily Ratajkowski’s consent or permission, one of which was called Two Nights With Emily.

New York magazine quotes Leder as saying that Ratajkowski’s allegations are “too tawdry and childish to respond to”.

“You do know who we are talking about, right?” he is quoted. “This is the girl that was naked in Treats! magazine, and bounced around naked in the Robin Thicke video at that time. You really want someone to believe she was a victim?”

Read Buying Myself Back: When does a model own her own image? from Emily Ratajkowski’s upcoming book of essays here.

Read more: How I learned to live with my nudes being on the internet forever

Read more: High-heels were originally worn by men, and other shoe-related trivia

Read more: Living with Covid plan: Each of the Five Stages explained

It’s awful, but not surprising that Emily Ratajkowski says she was sexually assaulted on the set of Blurred Lines

What is an NFT and why is Kate Moss selling a video of herself sleeping?