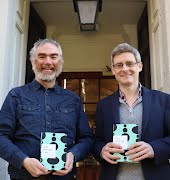 Twenty-two-year-old poet Amanda Gorman will read her original poem The Hill We Climb at the inauguration of President-elect Joe Biden on Wednesday next week. This time around, the inauguration could not be more different than four years ago. Yes, there will be star performers but also an emphasis on diversity and inclusion. Emphasising the changing mood in Washington, two women of colour will both participate in moments of great significance. Career firefighter, Andrea Hall, will lead the Pledge of Allegiance while Amanda Gorman, the inaugural US National Youth Poet Laureate, will give a poetry reading. The latter is especially one to look forward to

When she reads next Wednesday, she will be continuing a tradition for Democratic presidents that previously has included such celebrated poets as Robert Frost and Maya Angelou. Angelou famously wrote On the Pulse of Morning for the 1993 inauguration of President Bill Clinton which went on to sell over 1 million copies when it was published as a book.

The young poet is a big deal; she is the youngest inaugural poet in memory, and frequently makes the news cycle in the US. In 2014, she was named the first Youth Poet Laureate of Los Angeles, and three years later she became the country’s first National Youth Poet Laureate. She has appeared on MTV, written a tribute to Black athletes for Nike, published her first book, The One for Whom Food Is Not Enough when she was just a teenager. She has a two-book deal with Viking Children’s Books. The first work, the picture book Change Sings, is due for release later this year.

Gorman “began writing at a few years of age,” according to her website and has continued her impressive list of accomplishments ever since, including being invited to the Obama White House and perform for influential figures from Lin-Manuel Miranda, Al Gore, Secretary Hillary Clinton, Malala Yousafzai, and others.

While you wait, watch her stirring performance of her poem, The Miracle of Morning which she wrote “to give comfort and courage to the nation”:

Irish star Laura Donnelly: ‘The fact that we are talking about me being in a Marvel project and I am not 21 is incredible’