Priyanka Chopra defends wearing Georgina Chapman’s Marchesa line, but should she have to?

The fashion label Marchesa was once known for making the actresses who wore its designs feel like ‘princesses,’ but thanks to its inextricable link with Harvey Weinstein, a shadow has been cast over its very existence in the industry. And yet, the woman behind the design did little to tarnish it herself. The thing is, when you’re the ex-wife of the disgraced movie executive who just happened to create this label, there’s almost nothing you can do to disassociate yourself with him – even after you have cut ties completely. The label, known as a ‘red-carpet regular,’ was tainted with every mention of Weinstein and his wrongdoings.

Yes, Weinstein was the husband of Georgina Chapman, who in 2004 co-founded Marchesa with her college friend, Keren Craig. Chapman divorced Weinstein in January, when the sexual assault allegations from over 50 women continued to mount. The label’s rise to prominence was almost overnight; in 2004, Renee Zellweger wore a gown to a premiere almost immediately after she had won her Oscar (conveniently winning for a film produced by Weinstein), and despite being deft with a scissors, suspicious eyebrows were raised; could Chapman really just have been “lucky” as she told Vogue? 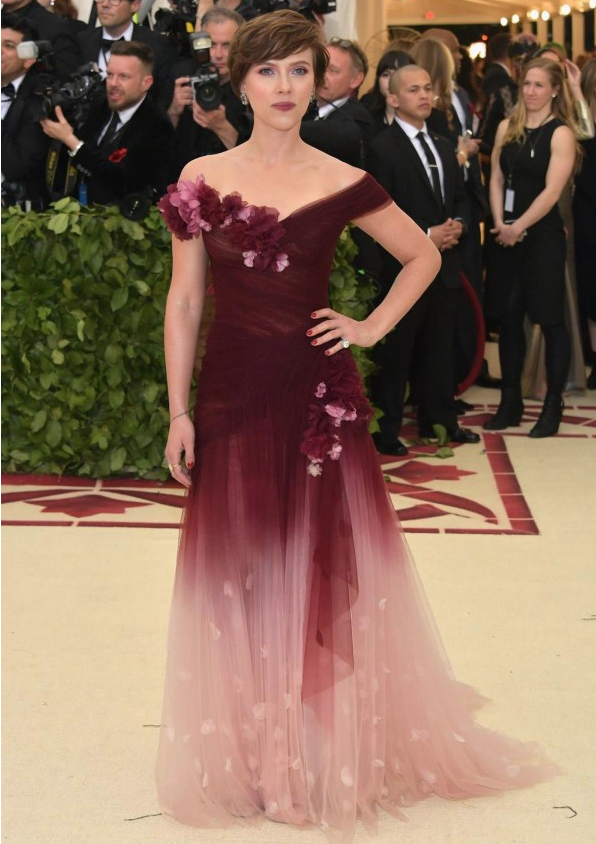 Scarlett Johansson was first to wear Marchesa at the Met Gala this year. “I wore Marchesa because their clothes make women feel confident and beautiful and it is my pleasure to support a brand created by two incredibly talented and important female designers,” the actress told US website the Cut. And now actress Priyanka Chopra has stepped out in a dress. The 36-year-old Quantico star – who is engaged to singer Nick Jonas – described her decision to support the “self-made” British designer and her female-led company as “women supporting women: that’s what we’re all about.”

“Georgina’s a friend of mine, and she has beenfor years,” the actress told WWD.

“And it’s not her fault. And I don’t think it’s right to take it out on a self-made woman what somebody in her life did.”

“That’s the wrong attitude. I’ve known her for years, and that was a beautiful gown, and deserved to be worn by a bride-to-be. And it made me feel like a princess. It was the right choice.” 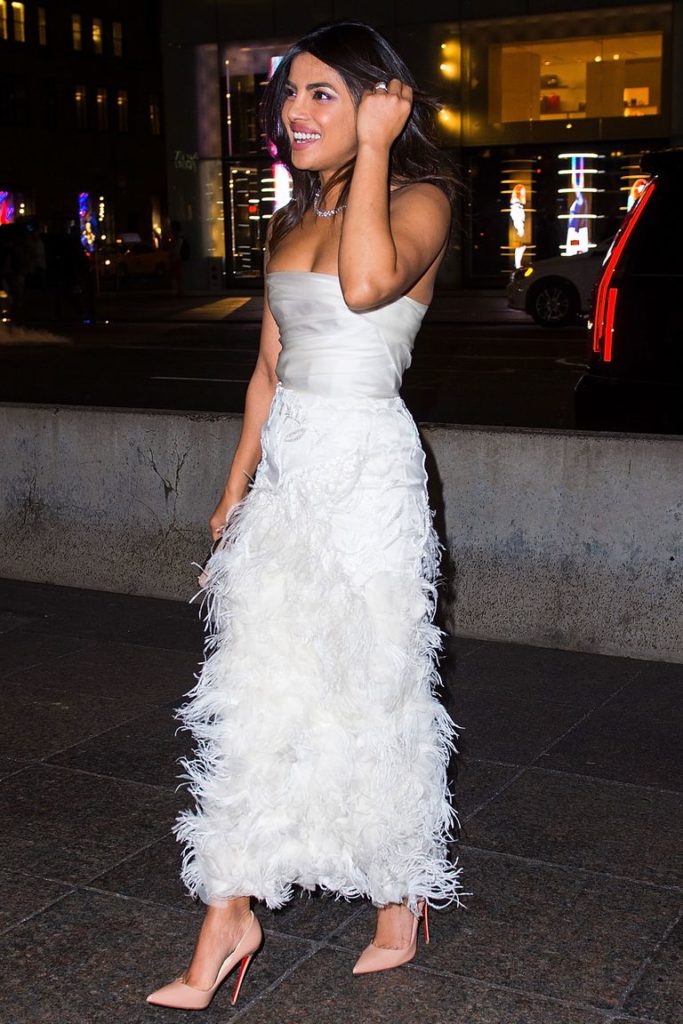 That Chapman was ‘self-made’ isn’t up for question; it is she who is undeniably talented, she who creates her often exquisite designs, but how her brand reached almost fevered popularity so quickly is something that is now very much questioned.

No one would argue that women should be penalised for their husbands’ crimes (it happens too often today – just look at Hillary and Bill Clinton), yet, the label will forever be linked with Weinstein – and it remains an issue.

Shortly after the allegations became public, Chapman announced she was divorcing Weinstein and spoke only of her sympathy for the women accusing him of his alleged crimes; she publically condemned him. “My heart breaks for all the women who have suffered tremendous pain because of these unforgivable actions,” she said at the time. 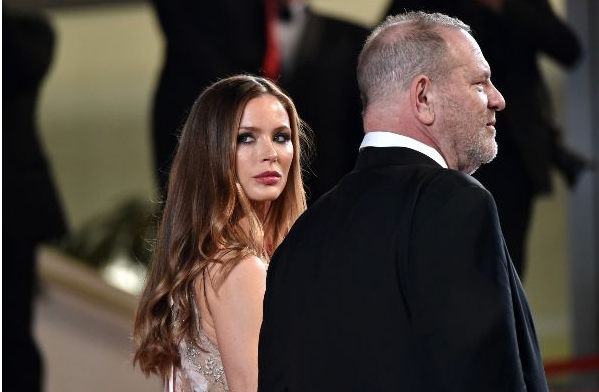 But Chapman remains at the centre of complex narrative nevertheless; one which is forever entangled with that of a sexual predator.

She knew nothing, she says, of her ex-husband’s apparent and horrifying behaviour, but the general whisper is one of complicity; guilt by association. How could she not know that her former husband apparently coerced actresses into wearing her designs on the red carpet, as well as everything else? Actress Felicity Huffman confirmed that Weinstein had forced her to wear Marchesa on the red carpet in 2005, threatening to pull publicity funding from her film if she didn’t. So, did she turn a blind eye? Or refuse to see the red flags? Either way, she can’t win; she’s a fool for not seeing it or the woman who stood idly behind a monster – and did nothing.

It’s a tale as old as time: target the woman linked to the man, for she must be the ‘enabler‘.

And yet, it’s easy to judge, but the fact remains that we’ll never know exactly what happened; what Chapman did or did not know. Should actresses trying to support the woman – yet another woman – whose life was also ruined, along with her children – have to defend their choice to help her get her life back on track?

Whatever way you look at it, the sad part remains that they have to defend her at all; her name will go down in history tied to a monster and his actions of horror – even if she tries everything to start over.