Meghan Markle stepped out in one of her most elegant fashion choices during her 16-day royal tour this week, wearing, much to our delight, a stunning full-length, embellished-shouldered gown by Irish designer Don O’Neill.

O’Neill, who is based in New York, has a label called Theia, and as IMAGE fashion director Marie Kelly said of the choice, “it’s amazing to see how beautifully Irish design stands up on an international platform.”

The gown was a favourite for many, but no one was more thrilled than the designer himself. He has opened up about designing the evening attire for the Duchess of Sussex, saying he was “humbled” that she loved the gown, choosing to wear it in Tonga for a private audience with King Tupou VI and Queen Nanasipau’u earlier this week. 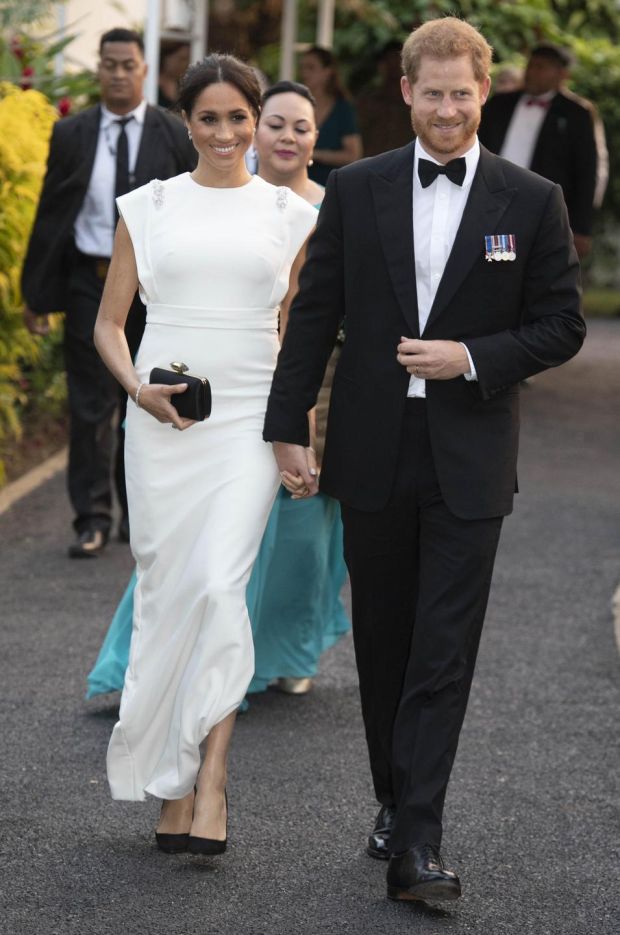 “When her stylist reached out to inquire if I could make a dress for her Australian press tour, I stopped everything we were doing (my bridal show was just a week away) and immediately went to work on Her Royal Highness’ gown,” O’Neill said.

In expressing his delight at the news, he also revealed that when Markle sent her feedback about the dress, another request meant he knew about the royal baby news before the rest of the world did.

Beyond excited , thrilled and delighted to dress The Duchess of Sussex in @THEIACOUTURE at last nights royal reception in Tonga. OMG !!! #woohooooooo !!! pic.twitter.com/VRGuQ9969A

He explained that some explicit alteration instructions he received from Meghan’s team prior to her wearing it, revealed the secret.

“We needed to remake it with extra seam allowance,” O’Neill explains. “We knew immediately why this extra allowance was required, but mum’s the word, and with less than one week to my bridal show, all hands were on deck once more.”

“We re-made the gown and I literally had to run down Broadway that Friday night to catch the UPS truck, making it with just two minutes to spare!” 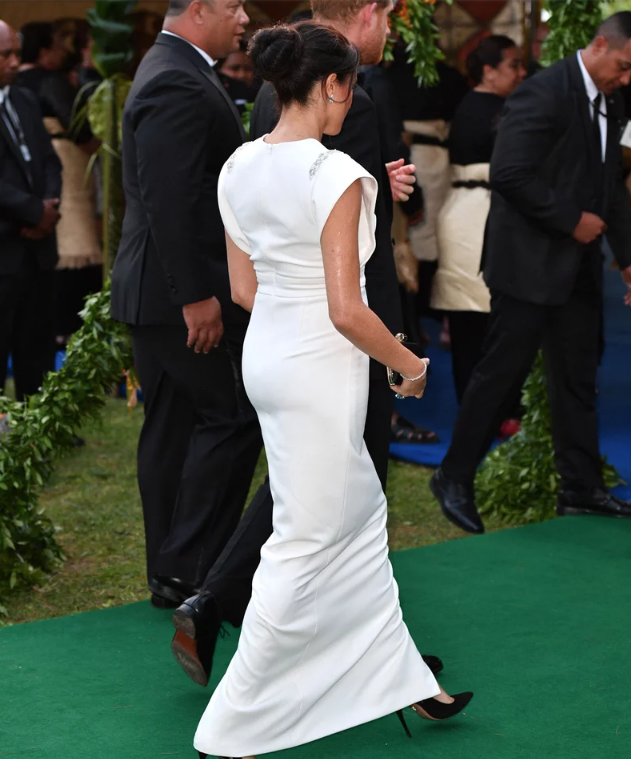 And, true to his word, her pregnancy was revealed as it should have been: via a statement from Buckingham Palace, as in keeping with the Royal protocol.

Their collaboration was fitting; he shared that Markle has served as inspiration for the brand’s designs previously.

“The Duchess of Sussex has long been a source of inspiration,” he added. “Her classic, effortless and chic style coupled with all the excitement leading up to her wedding earlier this year inspired my Spring 2019 bridal collection, which I showed in April.”

“I am humbled and sooo excited to dress The Duchess of Sussex. It has been an exciting whirlwind collaboration,” he said of the process.