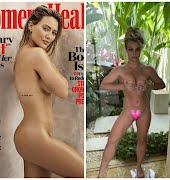 Twice a year, the Irish fashion media’s elite gather together in one room to dissect designers efforts from the season just gone and try to predict the fashion future. The event? The Brown Thomas Spring Summer 2016 fashion show in the department store’s Accessories Hall.

Some of the established magazine editors in attendance included our own IMAGE Magazine Editor Rosie McMeel, who had this to say about proceedings: ?It’s universally accepted by Irish fashion insiders that the new season doesn’t really kick off until Brown Thomas preview their key pieces. Standouts for me?were C?line and Victoria Beckham. Alessandro Michele’s reinvention of the Gucci brand also excited. If there was one major takeaway though, it’s that bare shoulders are the new cleavage this season. Cut-out gowns, angular necklines and off-the-shoulder dresses feel particularly fresh for spring.?

Nascent stylist and fashion journalist formerly of this parish Jo Linehan was also in attendance. Linehan is just returned from a stay in New York where she worked with Barney’s on a well-received Christmas campaign. Regarding yesterday’s show she felt this season’s offerings were ?especially ethereal. Peter Pilotto’s printed skate dresses and Erdem’s florals were the stars of the show for me. Dreamy, spring-worthy and fresh takes on seasonal favourites.?

This spring also saw a stronger contingent of established bloggers with phones at the ready and updating their followers of proceedings as it happened. Anouska Proetta-Brandon and recent Late Late Show guest Sin?ad Burke were among the influential contingent. Burke’s stand-outs? Erdem for his intelligent inspiration which this season came from the late 19th century, “when Abraham Lincoln passed the Homestead Act. This legislation meant that single women and widows could own a plot of land, if they remained there for five years. An influx of women travelled from all over the world, including Ireland, to western America but few were prepared for the isolation and rural landscape. It brought about ?prarie madness?, whereby women and children became physically and mentally unwell due to the alternate living conditions. It’s a dark narrative for a classroom but even more so for the runway. I was fascinated by Erdem’s interpretation of that historical moment when the collection showcased in London but it was a real treat to see it up-close in Brown Thomas.”

?See, we didn’t look at pretty dresses. We learned some history too.

Not only is Lizzo launching her own shapewear brand, she’s redefining the concept as a whole