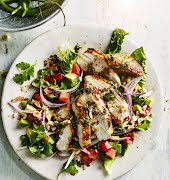 For women, bras are a necessity in life. Even though research recently told us that wearing one could make our breasts lazy, we all still have a favourite bra that we love to wear. This might be the bra that is years old, faded and the one that you wouldn’t let anyone see you in, but it’s so darn comfy, there’s no way in hell you’re throwing it away. However, there comes a point when you have to stop kidding yourself and face the harsh reality. This reality sadly involves admitting that it’s time to dump it (or them, if you’ve more than one beloved bra), in the bin.

Yours truly got a dose of said reality recently, when I went to clear out some old underwear to make room for some nice, shiny new pieces and realised (to my horror), that almost none of my old favourites fit the way they should anymore.

A survey conducted just a few months back said that a massive 80 percent of women are wearing the wrong-sized bra, so it’s a trap that many fall into. It’s easier than you’d think to end up wearing the wrong size too, especially as your size can fluctuate depending on the style of bra you chose to buy, amongst other things. It’s just as bad to wear a bra that’s too small, as it is to wear one that’s too big because either way, your bust isn’t getting the right support. So, how do you know if you are? If any of the below happens when you put on the bra, it means it’s the wrong size:

The Back Strap Rides Up Your Back

This shouldn’t happen. The back band of the bra provides 80 percent support (the other 20 percent is provided by the straps), so in order to support your bust adequately, the band at the back has to be tight and secure. If it moves when you do, it means it’s too big.

You’re Aware Of The Wires In Your Bra

The wires of your bra shouldn’t be uncomfortable or dig into you in any way. In fact, they should sit behind the breast tissue along the natural crease of the breast, and you shouldn’t be overly aware of them. As you press on the underwire when wearing your bra, if you feel soft breast tissue underneath then the cup is too small. If you feel bone, this means that the wire is behind the breast and the cup size is correct. The centre front of the bra should also lie flat. If it’s raised at all, it means your bra is too small.? 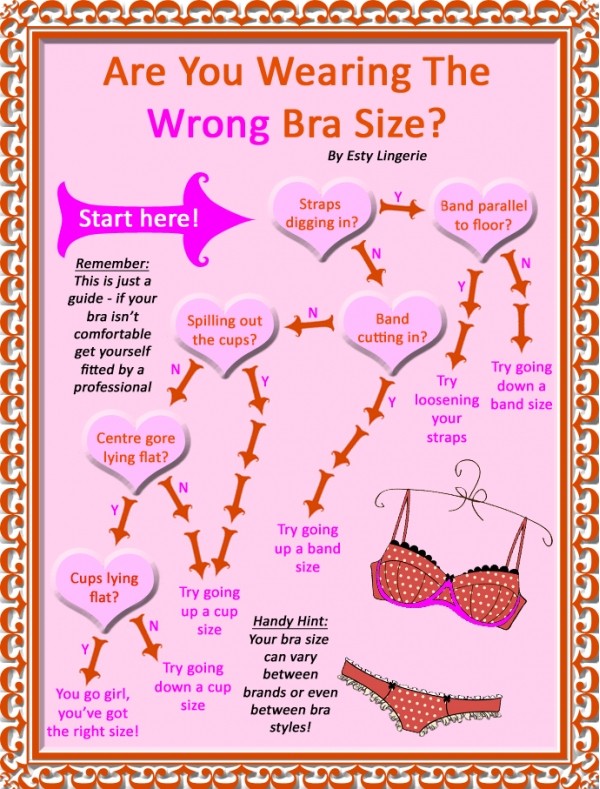 Your Straps Leave A Mark??

We know the straps and band have to be tight and secure, but there’s a fine line between this and having them too tight. The back of your bra should sit around the middle of your back and in line with the front. If your bra is the right size, there shouldn’t be any marks on your skin. I got a shock when I was measured as the assistant pointed out that the marks on my skin from both the straps and back band were so severe, that she figured I was wearing a bra at least two sizes too small (I was wearing it just one size too small, but still). If you see any marks, it’s time to go and get fitted for a new, bigger bra.

Your Bra Is On The Tightest Hook

A really good, well-fitting bra will sit perfectly on the first or second hook. If you suddenly find yourself putting all your bras on the last hook, and you don’t feel supported like you should, it means the wires are starting to wear out, and it’s time to get a new one.

Your Breasts Spill Out Of The Cups

Even if you’re wearing a bra designed to give your bust a lift, your breasts should still fit perfectly in each cup. A good question to always ask yourself when you’re trying to determine whether or not your bra fits correctly is, ?Does your cup runneth over?’ The cup of your bra should be big enough to hold the entire breast with no excess flesh spilling over the top or around the sides. A too small cup size is not only uncomfortable but causes the unflattering ‘four boobs’ bulge under your clothes. If this is happening, you need to go up a cup size.

You’ve Got ?Underboob’ When You Raise Your Arms

This is a look that we all want to avoid. If you can see any glimpse of the breasts coming out under the bra when you raise your arms over your head, then your bra is too small. The same is true of what we call ?Sideboob.’ You shouldn’t have anything coming out of the sides of a bra that fits you correctly.

Women’s bodies change through the years, as is perfectly natural. This means that the bra you bought a couple of years back isn’t necessarily going to fit correctly now. Certain times of the month can make your chest much bigger and weight gain or loss can also affect your bra size, so it’s important to keep an eye on these changes so as you are always wearing the right sized bra regardless.

You ?Notice’ You’re Wearing A Bra

If you’re wearing a great bra, you shouldn’t even really be aware that it’s on you. If you ?notice’ that you are, or you feel uncomfortable or irritated in any way, it isn’t a good sign. Wearing a bra can be uncomfortable for some anyway, but if you’re walking around thinking: “I’ll murder someone if I can’t get this thing off soon!” it’s time to get measured, because it means your bra isn’t doing its job correctly.

You can keep your bras in good condition by not washing them too often and as a general rule, they can be kept and worn (provided they are in good condition), for around eight months before you need to think about replacing them.

Will you be throwing away your old favourites and treating yourself to a new bra?