Michelle Feeney, the woman behind Floral Street, tells ROSALEEN McMEEL what motivated her to launch a fragrance collection, and how she found inspiration in her Irish roots.

Michelle Feeney is no shrinking violet. The beauty entrepreneur has created cult global beauty products and brands you have on your bathroom shelf or wish you had. And she’s not done yet.

Starting out in PR in the UK, Feeney was headhunted by Estée Lauder Companies to work on their Prescriptives brand in the US. “When I got that job, the president sat me down and asked, ‘Are you ambitious?’ and I said, ‘I’m ambitious every day. If you add up all those days, it equates to quite an ambitious life without always being on the lookout for the next thing.”

The next thing happened to be helping Tommy Hilfiger launch his first ever fragrance globally. In 1994, Feeney transformed the newly acquired Crème de la Mer into an overnight success at the then-unprecedented price point of €130. Promoted to vice president, global communications of MAC Cosmetics following their acquisition by Estée Lauder Companies, the company grew from a $65 million brand to a $1 billion brand. She later became the CEO of St Tropez, creating a prestige brand, and her visionary approach for St Tropez resulted in the acquisition by PZ Cussons in 2010, when Michelle was appointed as CEO of their newly formed beauty division, where she continued to make an impressive mark. 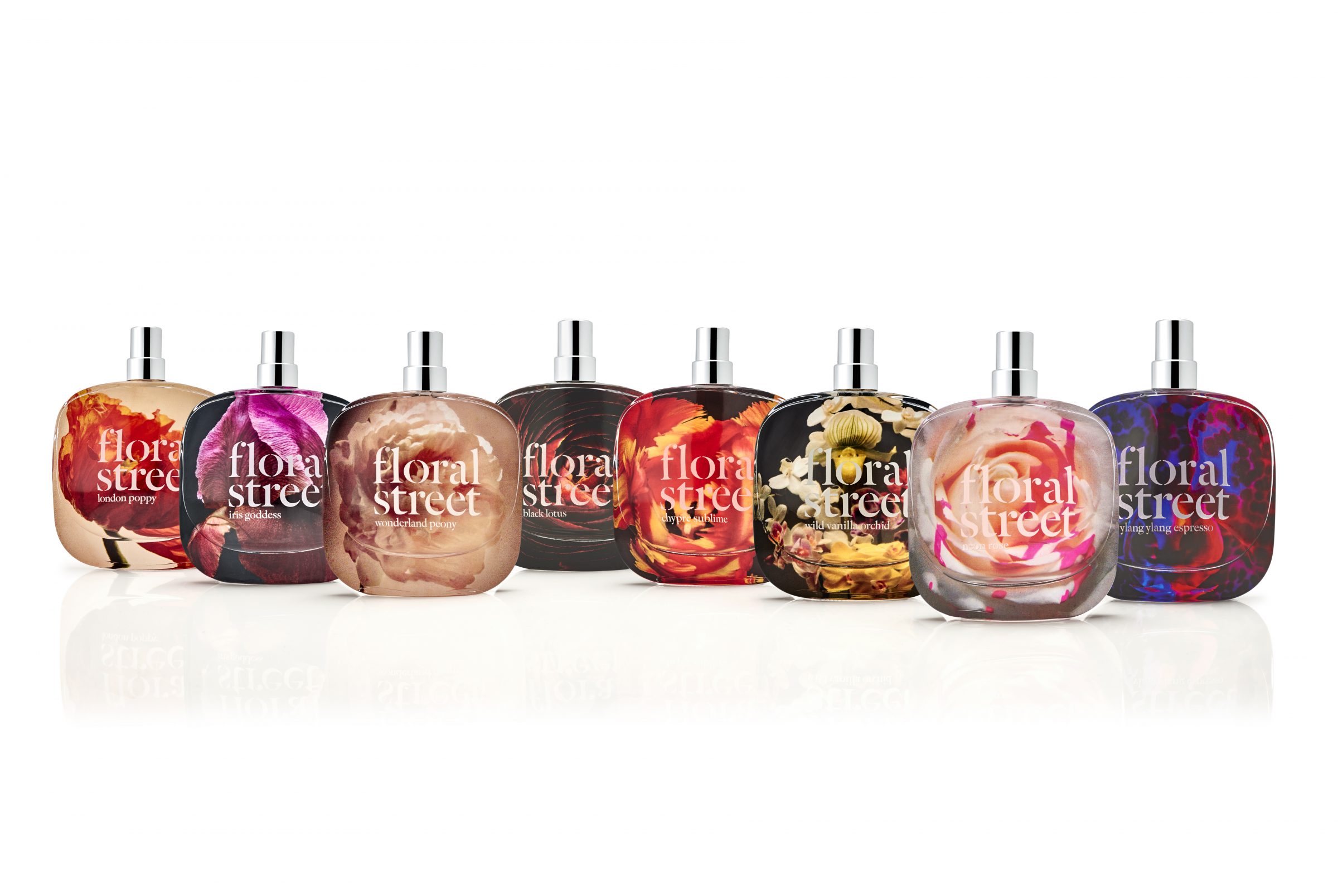 Her latest venture is potentially her most personal to date. Floral Street is a modern fragrance brand, which has just launched in Arnotts. Lest you are under any illusion, these are no ordinary petal-based scents. They feel truly modern. Floral Street is about breaking with tradition. “It’s about peeling back the curtain of the secret world of fragrance. It’s about ease, modernity and joy.”

Although Feeney’s fragrance venture was something of a surprise to her peers, the entrepreneur was crystal clear in her direction. “The colour cosmetics market was quite saturated, and I had all these niche fragrance brands from travelling the world. I wanted to bring that to a bigger, wider audience. My time in MAC taught me about bringing really good product to a bigger audience at a good price point. So I am taking a risk here, there are a lot of challenges in the fragrance market, but nobody’s doing it quite like us. There are lots of amazing niche fragrances, but they cost €100, €120, and I saw a gap. Why shouldn’t consumers be able to learn while they’re shopping for fragrance? And I wanted to bring this learning in through our expert team.”

The other great difference between this and all the other brands Feeney has worked with is that this venture is self-funded by herself and her husband, Mark Neale (the founder and owner of Mountain Warehouse). “My husband is a great encourager, saying, ‘Try it and if it doesn’t work, tweak it, move on.’ I’ve learned a lot from his true entrepreneurship, whereas I was more of an intrapreneur.”

At a glance, Feeney’s career trajectory appears to have been an effortless upward glide, but the fragrance founder isn’t afraid to admit she hit a few speed bumps. Most notably, how desperately unhappy she was in the corporate world and “would close that door and cry sometimes”. She focused on the positives. “If I was a runner, I’d probably give some sort of analogy of pushing through the pain or the burden of the run, but I’m not. It’s just that I’m always looking at what you are gaining rather than what I think I might be losing.” She believes there’s a lesson for everyone in that: “Lots of young people are always thinking, ‘I didn’t get to do this,’ but I say, ‘Look at what you gained.’”

Menopause was another hurdle, and one that she believes has resulted in the glass ceiling remaining very much intact. “I have a theory that a lot of women aren’t on boards because when you get the opportunity, it’s often at the same time that your body is going into this, which is the equivalent of a teenager going through hormonal change, but instead it affects you all the time, and we’ve got to take note. I would almost campaign for menopause leave, as well as maternity leave. We have to start thinking differently. We are hormonal creatures from birth. But you have to use it to power yourself forward in a different way. If you look into the science of it, you cannot multitask with the way that your brain is rewired. Not everyone is as bad, but you have to take note, you have to get your hormones in balance. That’s our great gift as women – we do have this gut feeling about things, this sixth sense, and entrepreneurialism is about using that. So I think that women step out of the limelight at various times, and it doesn’t mean you can’t step back in. I think it’s happening, definitely in London – people are re-working how they build a company based on flexibility. I don’t just mean flexihours; more if I want your skillset, looking at
what someone’s life is like – if they have four kids, if I say to you to work from home two times a week, I know you’ll get the job done and I know you’ll deliver, but you’ve got two days where you can pick the kids up from school… and this is for men and women, by the way. I think we should midlife (whatever that means) – take a look and ask ourselves, ‘What do I want?’ I think we should give ourselves permission to not feel trapped by our lifestyle, and companies need to start looking at how people want to be employed, whether they’re 18, 21, 51 or 76.”

Feeney is leading by example with her multi-generational team and has even put her own mother on the payroll. Her financial director is 60, and doesn’t live in the same timezone. “She’s ex-Estée Lauder and lives in New York. We Skype call; it suits her, and she does everything in her own time, basically. She’s got a fabulous skillset, she’s got 30 years of experience in Estée Lauder in finance, and I wanted her on my side. Building a company I’ve realised employees need to feel invested in. And that could be by allowing them to work from home, it could be money, but I’m finding it’s less about finances and more about the type of life they live.”

Feeney credits her Irish roots as the source of her entrepreneurial DNA. “My great grandfather on my dad’s side was from Boyle, Co Roscommon. My mum is from Rathfarnham. When my parents got married, they took a chance on an ad they saw in the paper looking for a couple to run a shop, and they upped and moved. I was only a child at that point, and then we had my brother. I was raised in a big Irish community where you didn’t talk about risks, you just sort of got on with it. My dad died when he was 60, but he would always say, ‘You don’t go backwards, ever. You might go sideways.’ At big times in my life, when I had big decisions to make, like giving up my own company in New York to go into Este?e Lauder Companies, he said to me, ‘Whatever decision you make will be the right one because you made it, you made the decision. Don’t let anyone else force you into another decision.’”

While full of zest for her new business, Feeney is quick to point out that nothing comes easy. “People think that success happens easily. In America, they say it takes ten years to be an overnight success. I am hoping it might be five now that I’m 55 and I’ve already put in 30 years of experience. By 60, I want to be relaxing,” she laughs. Although, something tells me the beauty industry would sorely miss her if she did.

Floral Street Fragrances start at €24 for Eau de Parfum (10ml) and are available exclusively from Arnotts. 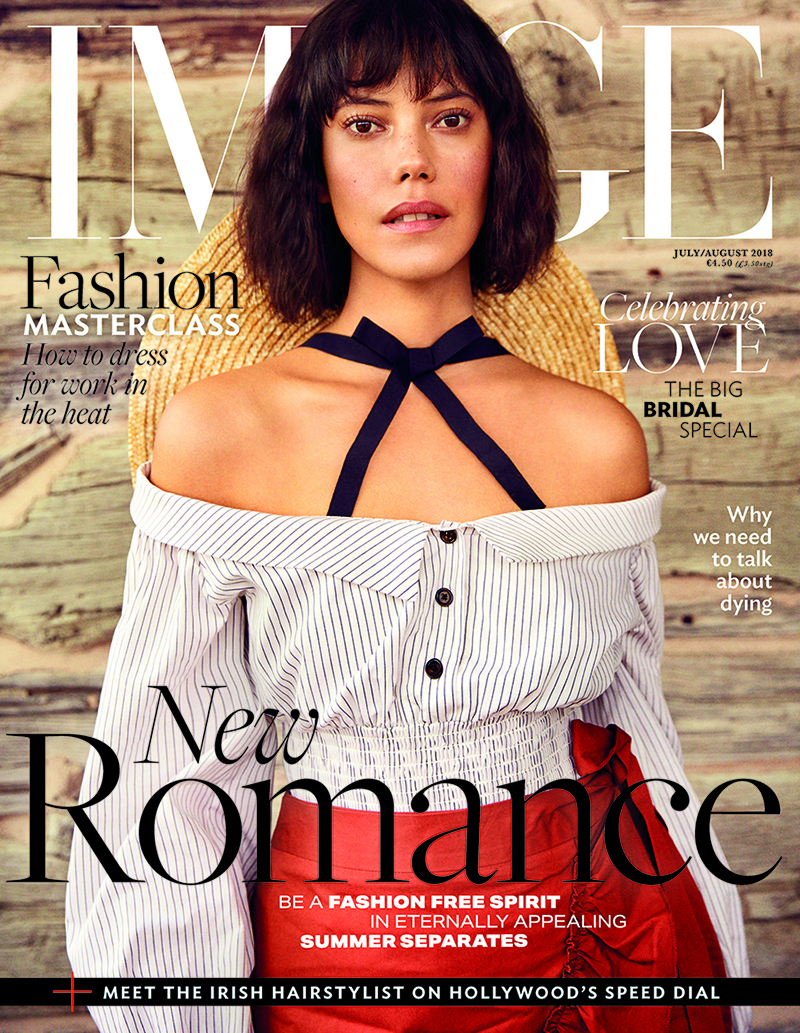 This article originally appeared in the July/August issue of IMAGE Magazine. On sale now nationwide.