Laura Delany on her favourite sporting memories, the biggest barrier to driving visibility in women’s sports, and how she recovers after a bad performance.

Laura Delany is captain of the Irish women’s cricket team and currently plays for the Typhoons in the super series competition. Her passion for the sport started at a young age, and in 2010, Laura made her debut for the Ireland senior team against New Zealand at the age of 17.

Following the World Cup in 2016, Laura was appointed captain of the senior team, where she made her 100th appearance for Ireland in 2017 and her 150th appearance for Ireland in 2021 against Zimbabwe. In May 2021, she became the most capped Irish T20 female player, and in July 2021, she became the most capped Irish female cricket captain. In November 2021 the Irish women’s cricket team qualified for the ICC women’s championship for the first time, and will compete across a four year cycle. In September 2022, Laura and the team qualified for the T20 World Cup in South Africa next February.

Away from the pitch, Laura has a degree in Sports Science and Health and has completed two leadership courses in 2020/2021 – Women in sport leadership program and a six month leadership program for female leaders in elite sport in Ireland. Laura has worked as a pundit and completed commentary for the Irish women’s games streamed on Cricket Ireland’s website. 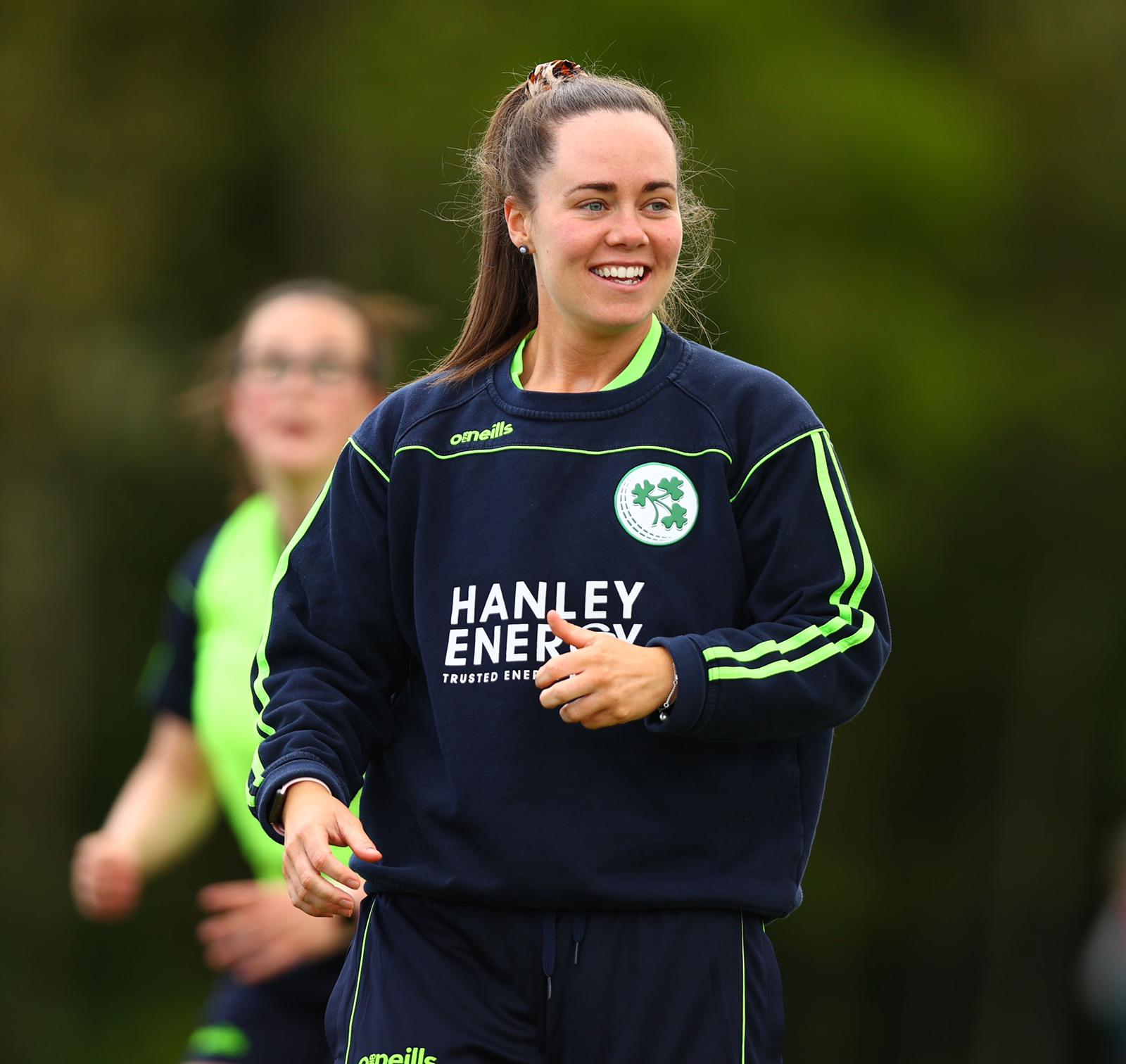 Sitting on the side of a cricket pitch with my younger brother watching my dad’s team play, a packet of Tayto cheese & onion crisps in one hand and a mini cricket bat in the other.

My dad was heavily involved with the Railway Cricket Club when I was a kid, and it was inevitable that myself and my brother would pick it up.

In years gone by it would have been a dream for girls and women to want to be a professional athlete, but now that dream has become a reality for a lot of female athletes in Ireland. Now there is a career pathway there, it gives you an opportunity to be the best version of yourself as an athlete and push standards past what has been achieved before.

Has to be taking on the captaincy at 22, immensely honoured to be in the position that I am in.

The female athlete I admire most is…

Katie Taylor, not only because of the success she achieved in the ring but also outside of it. I won’t ever forget the homecoming she received a few years ago when she returned to Bray, it seemed as if the whole country was behind her, and I think that’s when things started to change in terms of visibility and support surrounding female athletes and teams.

Bowling the final over against Holland in the T20 World Cup Qualifiers in Dublin, we won the game and that was the first time we qualified for a T20 World Cup. The best part of that day was after the game when we came together to celebrate what we had just achieved, so much hard work and commitment was put in in the months leading up to that tournament and it was so special for us to be able to celebrate our success with our friends and family who were there to support us.

Do you think there is still a stigma around women in sport?

A lack of funding and support from sporting organisations contributes to this, we need organisations to push and promote the women’s game on the same level they do for their male athletes. Growing up in a house where sport was always on the tv I rarely saw female games being covered. Visibility has improved over the last two years however we still have a long way to go. 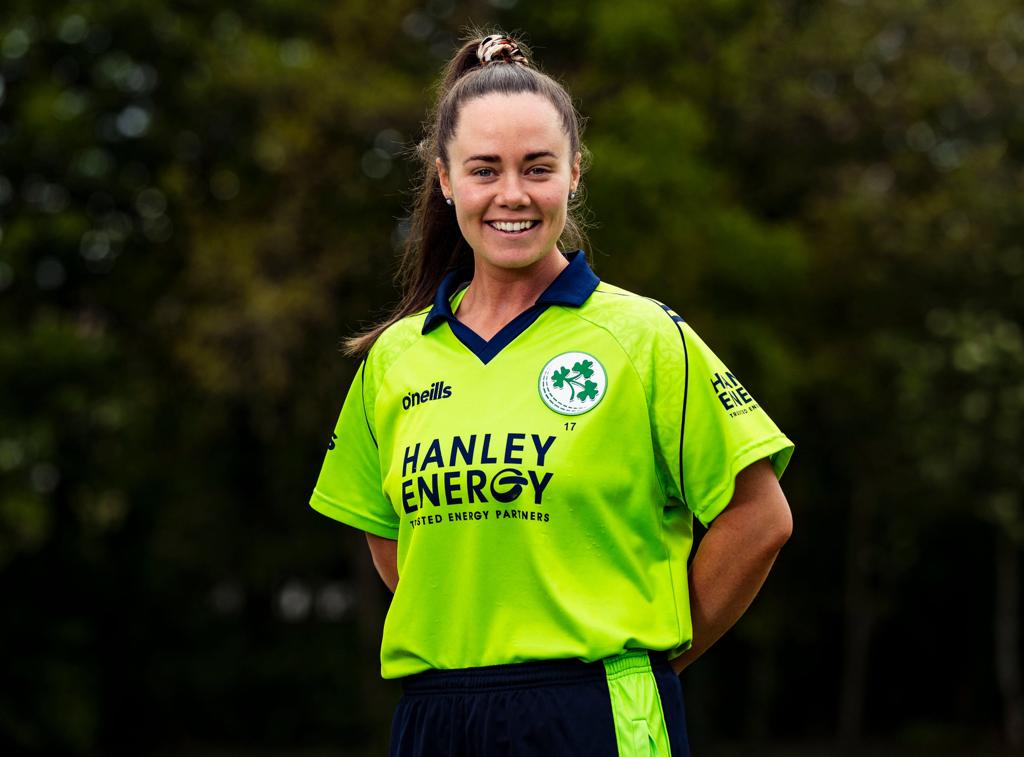 The women’s game is not as exciting as the men’s game.

My favourite pre-competition/fight/game meal is…

I listen to the same playlist before every game, but it includes a mix of both chill and upbeat songs, depending on what mood I am in that day will determine what I listen to but my playlist includes David Guetta, Mimi Webb, Dermot Kennedy, Ed Shereran, Pulsedriver, Dua Lipa, Sam Feldt and Sigala.

During the week I am up pretty early, after my alarm goes off I spend about fifteen minutes on my phone on social media, I then journal using the 6 minute diary. Once I’m finished journalling, I get ready for training and make my breakfast which would usually be some form of eggs on toast or granola, yoghurt and fruit and sort my food and snacks for the day. After that I get into the car and either listen to a podcast or music or share lifts with one of my team mates and head to the High Performance Centre out in Blanchardstown.

My biggest sporting goal is… to win a World Cup

I usually wear the same brands as I spend most of my time in sports clothes, I love Sweaty Betty, Nike, Gym+Coffee, the new 4th Arc jumpers are also super cosy, so I have a few of those.

Biggest splurge to celebrate a win?

I have a soft spot for nice handbags, if we have a series or tournament win I usually treat myself to a new one.

I downloaded the Headspace app a year or so ago and try and allocate ten minutes each day to meditate, I also try and journal each morning. As an athlete you’re always on the go and I find it quite difficult to switch off and relax but these are two things I commit to each day to help mind my mental health.

My moisturising primer and hydra lip balm (Sculpted Aimee Connolly) which I wear every day and nail polish, I always have my nails painted.

How many hours of sleep do you need each night?

I am not a great sleeper, never have been. It’s really important for me that I get into bed early to help me unwind and relax.

Confidence, to me, is…  Believing in yourself and your abilities, feeling secure in who you are and what you have to offer.

Rather than focusing on the outcome I try and judge myself on how well I executed my game routines and how robust my game plan was. It’s easy to get sucked into the negative self-talk and beat yourself up about a poor performance but I try and be specific with where I fell short and make a commitment to myself to work on it in my next session.

Lastly, why is sport such an integral part of community, on a club, local, national and personal level?

It brings people together. I’ve met and made a lot of friends through sport some of whom I would have never crossed paths with if it wasn’t for our common interest.