Olympian, Hockey World Cup Goalkeeper of the Tournament, Winner of Four All American Awards… Ayeisha McFerran is a force to be reckoned with both on and off the hockey field.

One of Ireland’s top female athletes, most will know Ayeisha McFerran as the acclaimed senior Irish women’s hockey goalkeeper. A key member of Hockey Ireland’s Tokyo 2020 team, McFerran made her Olympic debut last year – though the reasons to look up to her go beyond just the sports field and it’s her upbringing, values and determination to succeed that really impress.

Now the inspiration behind a new children’s book all about great Irish sports stars, we spoke to author David Caren about what drew him to Ayeisha’s story in the first place and what makes her such an incredible role model for the younger generation.

This is the first book of its kind. It’s the newest addition to The Great Irish Sport Stars series, but with a multitude of children’s stories already out there about rugby, soccer or GAA, this is the first one to showcase the sport of field hockey… and with a goalkeeper as the main character, no less!

I really feel readers will take strength from Ayeisha’s story. I had many long chats with her about her life, both on and off the hockey pitch, during the writing of the book. I talked to her about growing up in Larne, playing for Ireland, her mum passing away from breast cancer at a young age, the wonderful support she received from the foster care system in Northern Ireland. All of this features in the book. She’s an inspiration to so many of us here in Ireland.

Ayeisha was fearless growing up in Larne in County Antrim. If she wasn’t climbing trees, she was playing soccer, Irish dancing or throwing the javelin. When she discovered hockey, she was hooked. She battled adversity from a young age – losing her mum and going into foster care without her siblings – but she worked hard, pursued her dreams, and found a home between the goalposts in the senior women’s Irish hockey team.

It was a real Hollywood tale. I was originally captivated by Ayeisha from the days of the Hockey World Cup in London 2018. Ireland were very much considered the underdogs of the entire tournament and nobody was paying them much attention. What the team achieved – fighting at every level and making it all the way into the finals – shone a very bright and well overdue light on the sport of hockey. Both at home and abroad. The media and the country at the time seemed to gravitate towards the bravery of the Irish keeper, particularly during the shoot-outs, and articles started to appear about Ayeisha. I always felt her story could transfer well into an inspiring children’s book.

Ayeisha’s heroics back in London in 2018 paved the way for other women’s hockey goalkeepers. I could see first-hand that the sport was growing in popularity, and Ireland hockey matches were beginning to get national TV coverage. Also when my own daughter took up hockey goalkeeping 6 years ago, there were only a handful of keepers knocking about the club, nowadays this has dramatically changed and schools and clubs are recognising the significance that the keeper plays within the team.

I love a “rise from the ashes” type story. My own personal heroes are normal people, like Ayeisha. They’re not what you would call your usual household names. I would be an avid follower of your everyday Joe or Josephine out there on the front line battling and dealing heroically with their own personal hardships or demons, be it ill health, the loss of a loved one, or a failed business venture. You can relate these stories to your own life – they can make a difference to your day, inspire you, motivate you.

An England-versus-Ireland match was bound to attract a large home crowd. When the Irish team ducked out of the tunnel, they were met with a wall of red and white. The English supporters had turned out in force.

It was never going to be an easy match, and Ayeisha was hardly afforded any rest from the attacking English forwards.

The England captain, Alex Danson, attempted a reverse shot on the Irish keeper, but Ayeisha kicked it away fiercely to midfield.

Ayeisha had met the famed English hockey captain in the Olympic Stadium when she was throwing the javelin for Northern Ireland at the UK School Games. 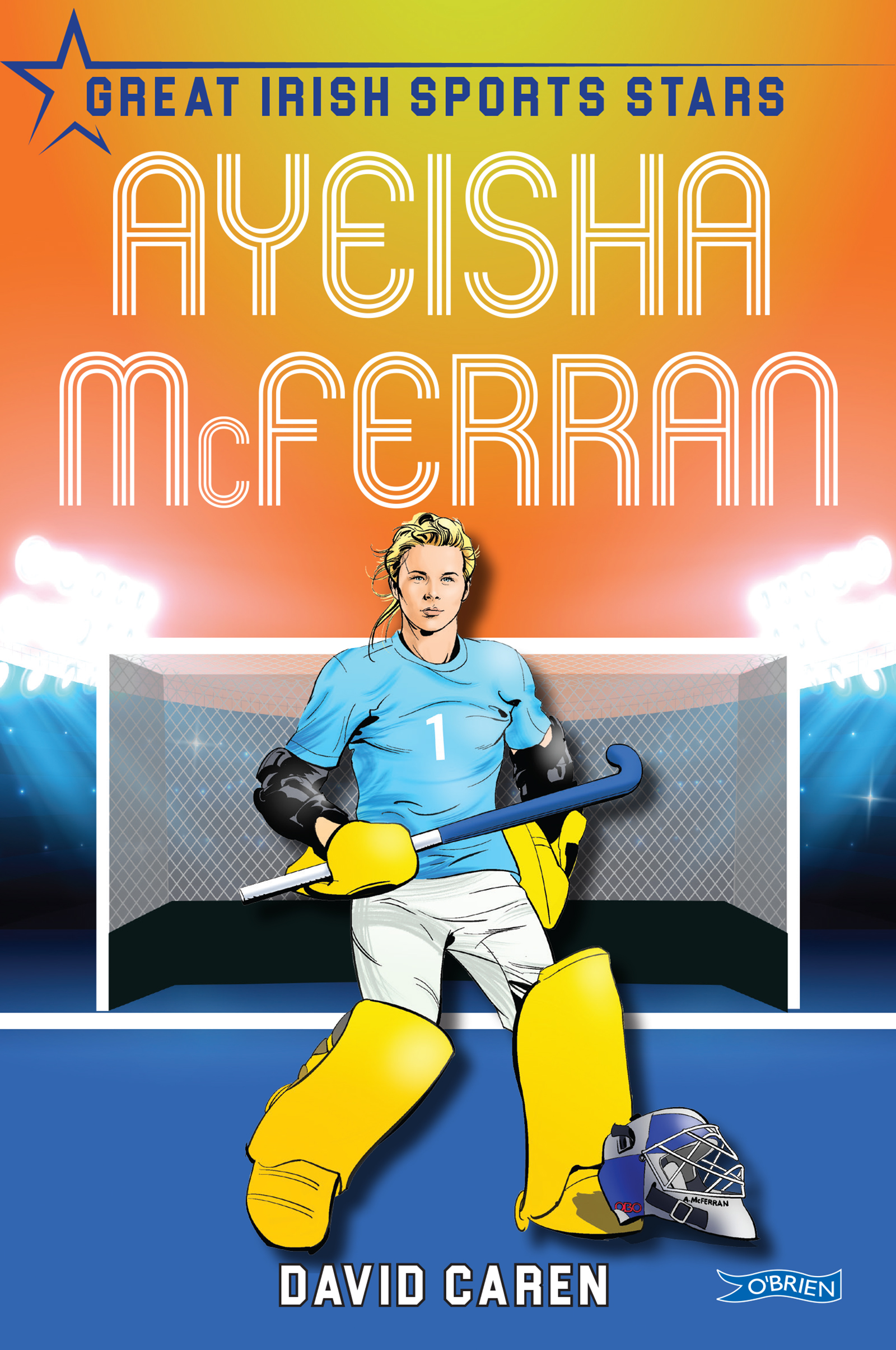 Great Irish Sports Stars: Ayeisha McFerran is available to buy for €8.99 in shops and online now.

Are you having the ‘right’ amount of sex?

These were the most popular baby names in Ireland in 2021…