Zac Efron just put his LA home on the market for €4.86 million and it’s the ultimate bachelor’s pad

It looks like Zac Efron is preparing to make a move after recently putting his LA home on the market.

Zac Efron has been spending a lot of time in Australia lately, filming his upcoming thriller Gold and hanging out with his Ozzie girlfriend Vanessa Valladares. So it’s not a surprise to hear he has put his LA home on the market for €4.86 million. It’s rumoured he’s planning a more permanent move south of the equator and is house hunting in the Byron Bay area, where Valladares is a server at a local restaurant – what a meet-cute, right?! 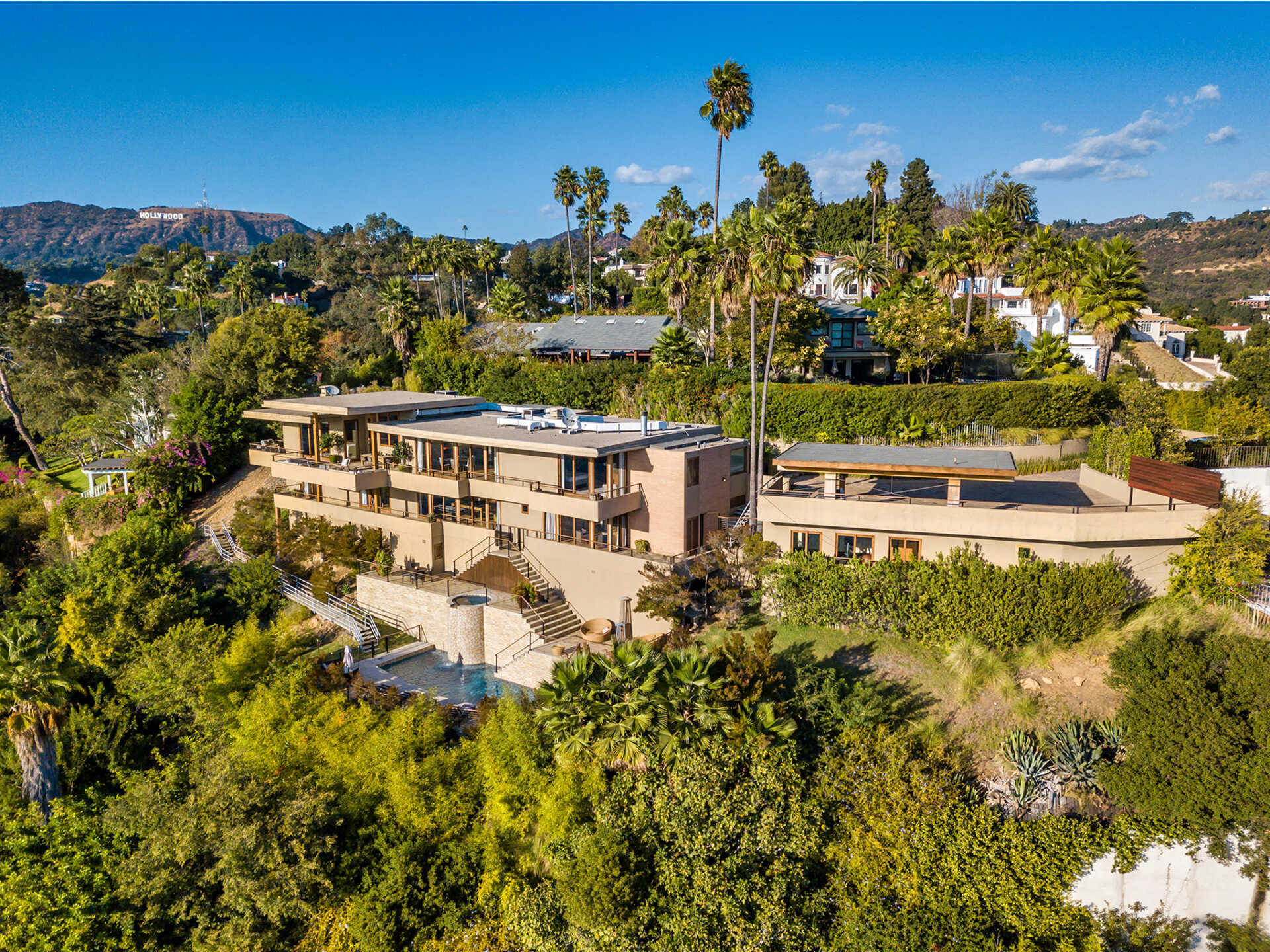 Located in a private gated community known as The Oaks, the 524 square-metre home in Los Feliz has four bedrooms, five bathrooms and a guesthouse with its own bedroom and ensuite. 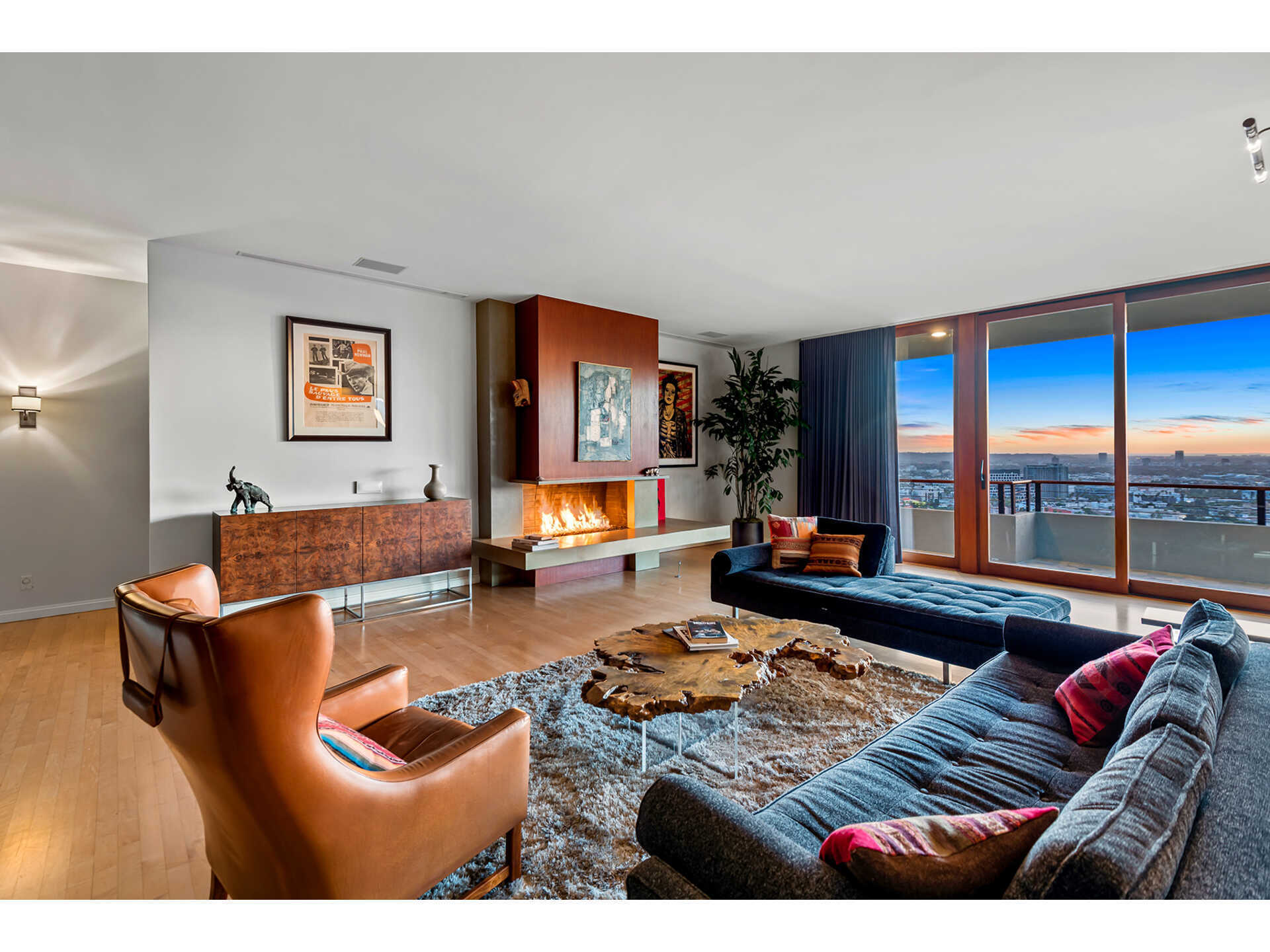 Built in 1964, the house a mid-century Modern home spreads across two floors, all with a very Zen vibe, including an indoor water feature, floor-to-ceiling glass sliding doors and extensive balconies overlooking the gorgeous views. It comes with a games room and a gym and every room in the house boasts some incredible outlooks of downtown LA and right out to the ocean. 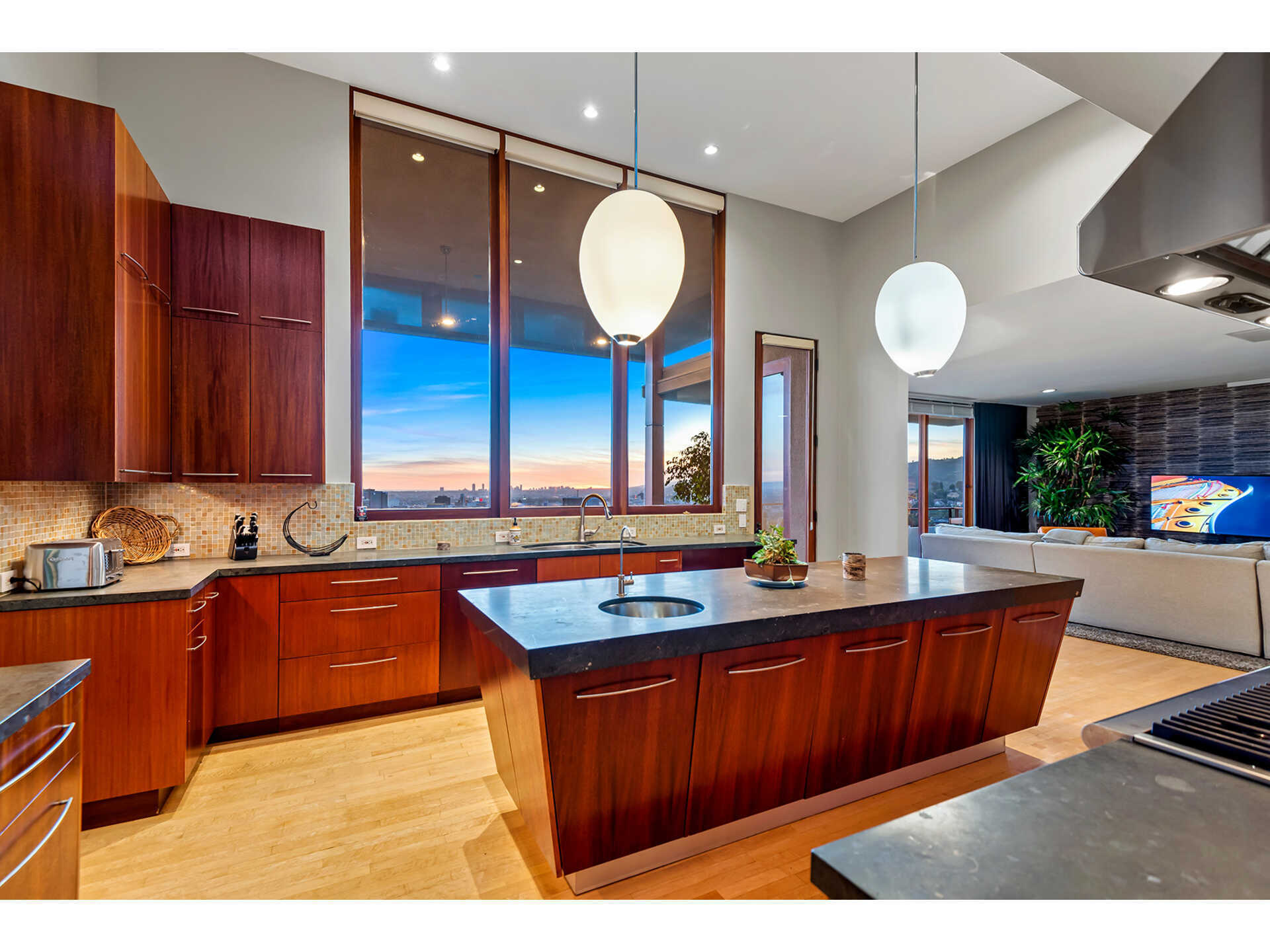 Warm wood welcomes you through the terraced entrance, which is continued through the entire house, both inside and outside. The entrance level is predominantly open-plan with a spacious living room and dining room at one end running into the kitchen and then a more informal sitting space. The warm timber kitchen has high ceilings and the unusual design of the joinery is a nod to the building’s mid-century history. From here, three huge window panes look onto the balcony, entered through a glass door in the sitting room. 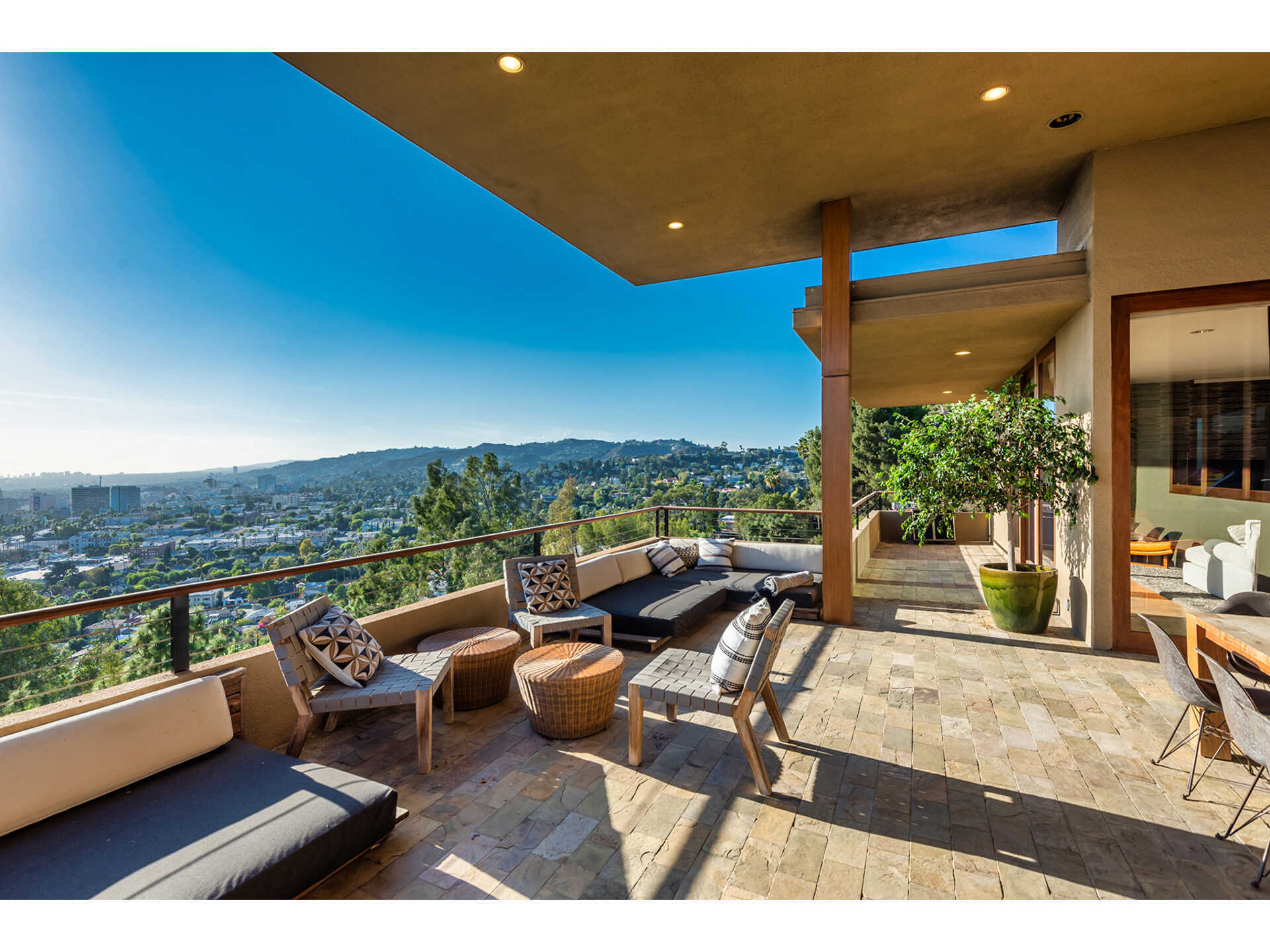 The balcony is deep and wraps around the whole house, creating plenty of alfresco living and dining area. Bespoke sofas sit along the balcony edge and overlook the incredible views, as well as the property’s own swimming pool on the lowest terrace, and a self-contained guest house.

On this floor there is also the largest bedroom with a huge ensuite in a slate grey stone. The ensuite has two sinks and a sunken tub with its own picture window. 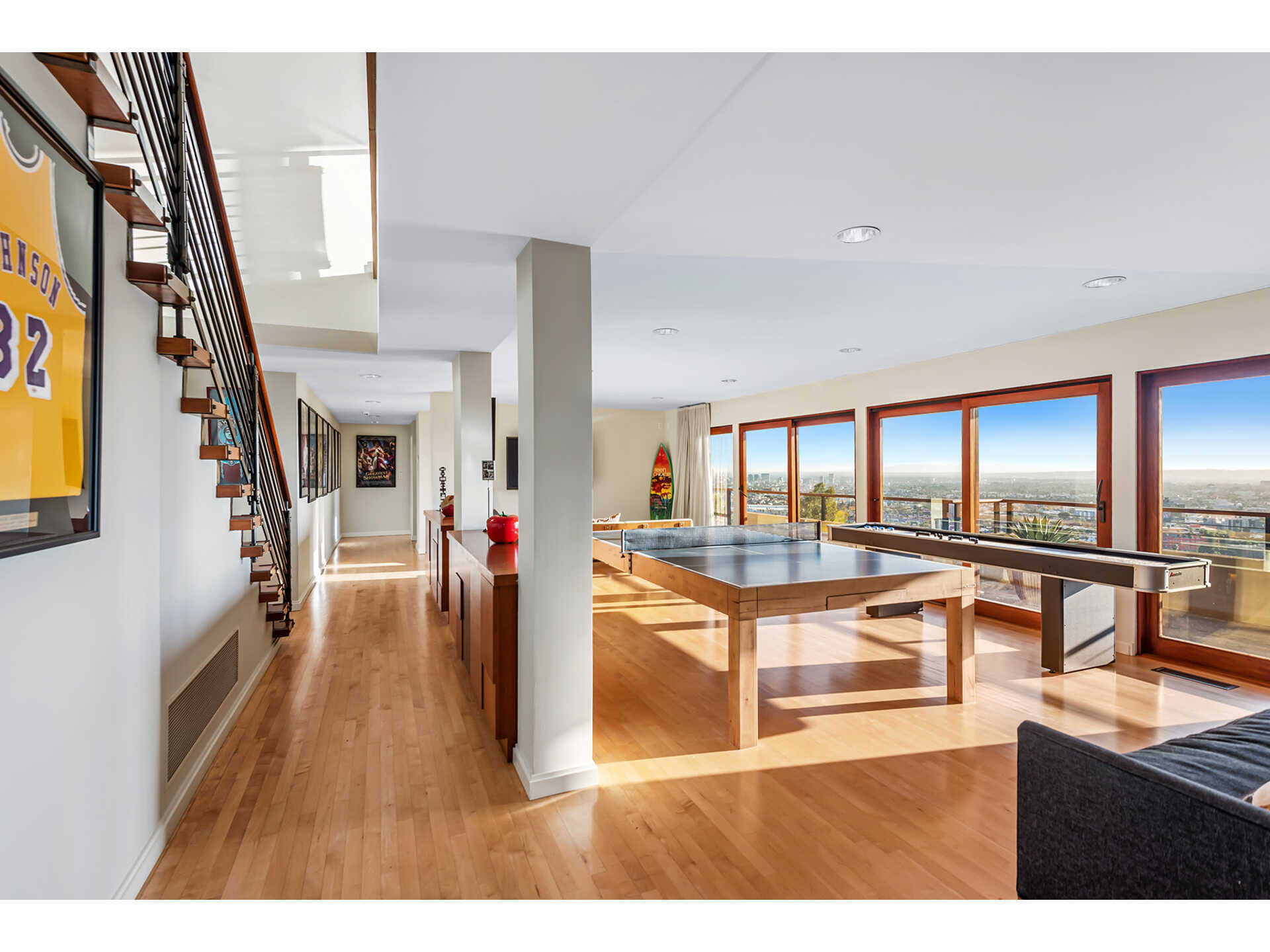 On the lower floor are the games room, gym, two further bedrooms all with ensuites, an office and another wrap-around terrace, this one with a hot tub, where you have a perfect view of the sun sinking beyond the Pacific Ocean.

Imagery via The Agency

Read more: Inside a Victorian home in Bray where the original footprint has been reworked to create a bright, contemporary family home

Read more: Cut the clutter with these clever hidden storage ideas for your home

How not to break up online: ‘My husband’s girlfriend trying to take the p**s out of me’