What is a smash burger, and why is it suddenly on the radar of every fast food nerd in Dublin?

When Covid-19 hit, Pang‘s Barry Wallace knew he had to do something to pivot to the new business reality. Luckily for us, he happened upon a simple, yet delicious, new fast food hit.

The creative director behind Pang, Barry Wallace – whose Vietnamese-inspired restaurant on Kevin Street has developed a cult-following of fans over the past couple of years –  is no stranger to taking a successful fast food punt.

“Dash Burger was my way to answer the issue of the new landscape. Eighty per cent of Pang’s business was lunchtime … so I needed to flip what we were doing into a nighttime/weekend offering and put Pang on pause.”

And flip, he did indeed, opening up Dash Burger, a pop-up, recently, which specialises in another fast food with a cult following: the smash burger. 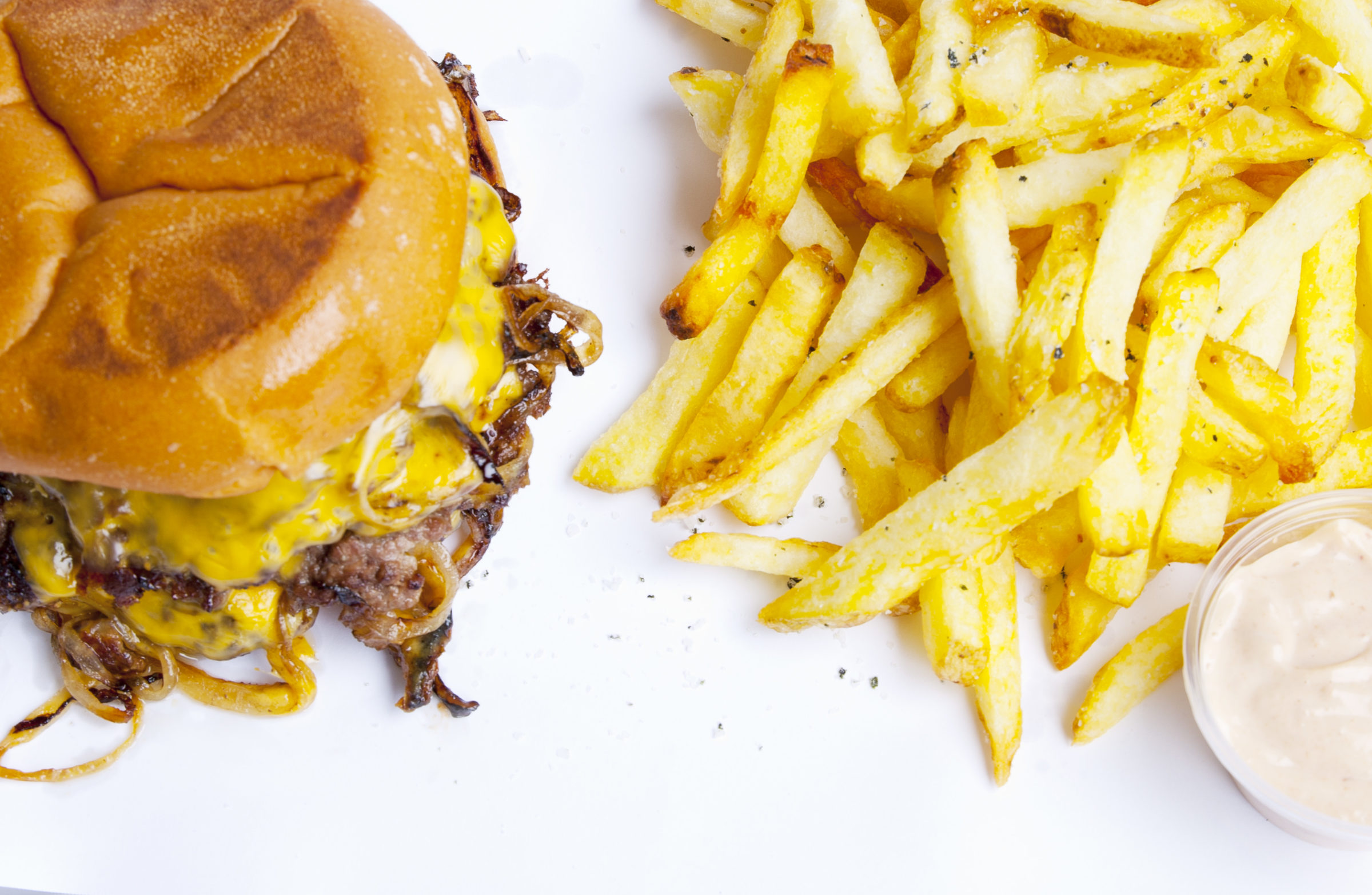 But what exactly is a smash burger and what makes it different from a regular burger? Here’s Barry with the science behind hamburger heaven:

“A smash burger is all about technique,” says Barry. “I use a high-quality beef – it’s an aged beef patty using a blend of three different cuts.You grab a ball of beef, you put it on a ripping hot griddle and then you put shaved onion on top – I use a butcher slicer to shave the onions – and then you you smash it all down with a very heavy weight.

“This gives it a really hot sear, creating a crust that completely closes off the patty, retaining all the juices, which then begin to cook up through the burger. Unlike a barbecued burger, no juice is lost, even though it’s a super thin patty. 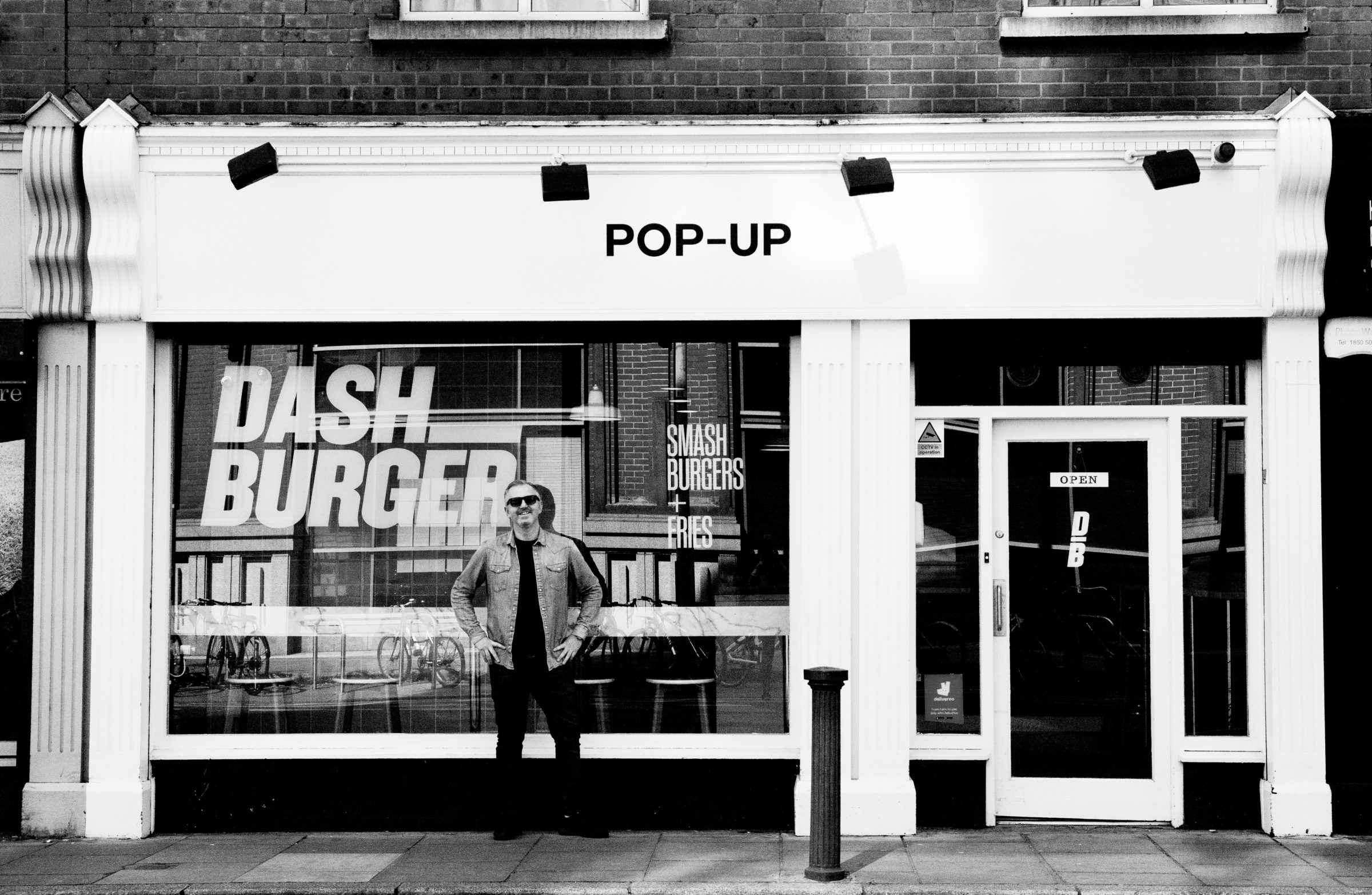 “Then the salt and pepper, secret seasoning and the fat content in the beef sear on the intense heat, causing the Maillard reaction to occur – the natural sugars are released to create this caramelised, crispy crust. It’s really special!

“So then you flip that over and the onions start to cook and steam the burger from the bottom up. This also keeps the burger really juicy.

“The genesis of this is actually quite interesting, originally [in Oklahoma in the 1950s] this was a burger for people who maybe couldn’t afford a full burger so it was half beef/half onions type of thing, which meant it was cheaper.

“So then we hit the burger up with American cheese [Barry has an Irish producer who makes an Irish version of this], we double stack it and then we have a butter roller, so we grab our toasted potato rolls – we’re trying to emulate the famous Martin’s potato rolls from Pennsylvania – and we gently baste one side in melted butter.

“We also like to keep it American with our condiments – we use Heinz Ketchup, French’s Mustard, dill pickles and then we top it off with some diced, mild raw onion.”

Dash Burger is now open on Kevin Street Lower, Dublin 2 and available for take-away and delivery, Wednesday to Sunday.

So whether you are a burger boffin, or just a part-time patty paramour, get in to Dash Burger soon and see what all the buzz is about … you won’t be disappointed.

Read more: Take a bite out of this: our favourite burgers (and not just meat)

What to bake this weekend: The ultimate millionaire’s shortbread recipe