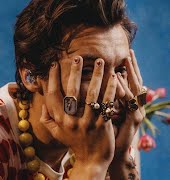 ‘It p*sses me off’: Katherine Heigl on those “difficult” comments

The actress spoke about the comments that she felt left her shunned by Hollywood and caused anxiety.

Being labelled a “difficult” woman in the entertainment industry can signal a death knell in terms of career progression. As we know, the labelling for men and women in the entertainment business differs greatly – or at least, it did prior to #MeToo. Before Harvey Weinstein was convicted, if women took a misstep, it stained them practically forever whereas men could emerge unscathed.

Actress Katherine Heigl was one example of this. For speaking out and speaking her mind, she paid the price. Was the subsequent backlash that ensued worth the crime? Looking at the world with fresh eyes it seems laughable; to attempt to silence a woman for challenging the status quo or just speaking her mind. Yet this is, as we now know, what happened frequently.

The Grey’s Anatomy star drew criticism when she described 2007’s Knocked Up – her breakout film – as “sexist,” (it was) along with a series of other (true) comments about her working environment.

She told the Washington Post that her “shunning” from Hollywood severely affected her mental health and left her feeling she would “rather be dead”. Leading her to take anti-depressants, she said: “I didn’t realise how much anxiety I was living with until I got so bad that I had to really seek help.”

She explained that there was no winning when she tried to get passed the backlash.

“At the time, I was just quickly told to shut up. The more I said I was sorry, the more they wanted it. The more terrified and scared I was of doing something wrong, the more I came across like I had really done something horribly wrong.”

Heigel’s words are in response to several instances in her career that made headlines: she abstained from the Emmys in 2008 because she did not feel that she was “given the material this season to warrant an Emmy nomination”; she complained about working 17-hour days on Grey’s Anatomy; she called her 2007 comedy Knocked Up “a little sexist” – all this rippled down and saw Heigl’s work relatively wain.

Though it’s important to note, she isn’t apologising for those incidents and says they were relative at the time.

She is done trying to say sorry.

“You can be the most awful, difficult, horrible person on the planet, but if you’re making them money, they’re going to keep hiring you,” she said. “I knew that whatever they felt I had done that was so awful, they would overlook it if I made them money — but then my films started to make not quite as much money.”

For years, she said she felt her reputation and the public perception of her was universally negative until she started to post on social media and saw positive feedback from fans.

“It took me a long time to feel confident enough to read their comments because I just assumed the worst,” she said. “Now, it feels like a little community. I’ve tried to rebuild that trust with my fans through social media, show them more of who I am off-camera.”

“If she said [some of it] today, she’d be a hero,” added her husband Josh Kelley.

In her early forties and a working mum as an executive producer on the recent Netflix series Firefly Lane, she feels like a new chapter has started.

“I spent a lot of years just being the actor hired,” Heigl said. “I feel now I have enough experience and enough wisdom to have a voice to collaborate about character, about story, about cast.

“It’s about having a seat at the table.”

There’s going to be a Take That musical, Aisling Bea is set to star and we’ve got one question – Could It Be Magic?