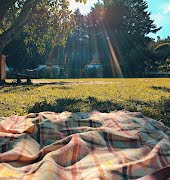 For a pandemic pause, Netflix has an array of standout offerings to enjoy (some on this list are even worth watching a second time).

Despite second thoughts about their relationship, a young woman (the always wonderful Irish actress Jessie Buckley) takes a road trip with her new boyfriend (Jesse Plemons) to his family farm. Trapped at the farm during a snowstorm with Jake’s mother (Toni Collette) and father (David Thewlis), the young woman begins to question the nature of everything she knew or understood about her boyfriend, herself, and the world.

Nothing is as it seems when a woman experiencing misgivings about her new boyfriend joins him on a road trip to meet his parents at their remote farm. An exploration of regret, longing and the fragility of the human spirit, it’s an incredible watch. Written and directed by Charlie Kaufman whose brilliance also resulted in Eternal Sunshine of the Spotless Mind.

Away celebrates the incredible advancements humans can achieve and the personal sacrifices they must make along the way. As American astronaut Emma Green (an excellent Hilary Swank) prepares to lead an international crew on the first mission to Mars, she must reconcile her decision to leave behind her husband and teenage daughter when they need her the most. As the crew’s journey into space intensifies, their personal dynamics and the effects of being away from their loved ones back on Earth become increasingly complex.

One for the kids to continue their education, Bookmarks: Celebrating Black Voices is a live-action collection of twelve five minute episodes featuring prominent Black celebrities and artists reading children’s books from Black authors that highlight the Black experience. Hosted by Marley Dias (author and founder of #1000BlackGirlBooks campaign), the collection of books and conversations center around themes of identity, respect, justice, and action. It provides families with a toolset to start meaningful conversations with kids about difficult topics through short-form book-based content.

Because everyone should have more Dolly in their life, especially during Covid. Dolly Parton’s Heartstrings is an anthology series that showcases the stories, memories and inspirations behind her most beloved songs. New and classic Dolly music will score every episode. Songs include Jolene (episode 1), These Old Bones, If I Had Wings, JJ Sneed, Two Doors Down, Down from Dover, Sugar Hill and Crack Jack. Colin O’Donoghue from Drogheda also stars in the JJ Sneed episode.

It later emerged that Annie Dookhan, another chemist at a nearby drug lab, had also been faking the results of tests she’d been employed to make. The story of two drug lab chemists’ shocking crimes cripple a state’s judicial system and blur the lines of justice for lawyers, officials and thousands of inmates – and it makes for a gripping watch. Readers, I watched the whole thing in a single sitting.

This one slipped under my radar until very recently. It explores the dramatic rise and fall of Bikram Choudhury, the controversial founder of Bikram yoga. Known for pacing around the room during class while wearing nothing but black Speedos and a large Rolex watch, Choudhury had an unforgettable presence. In his 90-minute classes, attendees would go through a cycle of 26 strict postures and two breathing exercises, all in 105-degree heat. Choudhury’s classes were said to foster a cult-like atmosphere, according to the documentary.

Another which didn’t get a lot of press but was engrossing for myriad reasons. The five-part series examines the 1984 murder of 4-year-old Gregory Villemin. On October 16th, 1984, Gregory was found dead in the Vologne River near Docelles, France. The little boy’s mother, Christine Villemin, told police that her son was playing in the front yard of their home when he vanished. The investigation has taken many twists and turns over the years and the true-crime series is disturbing, yet its layers are fascinating.

So many in my circle hadn’t seen bizarre true crime docu-series. This four-part, addictive docu-series investigates the murder of Brian Wells, the so-called ‘pizza bomber’, in 2003. Wells, a pizza delivery man from Pennsylvania, USA, was seemingly coaxed into a dangerous scheme by money-hungry criminals.

Two men apparently instructed him to rob a bank of $250,000 with a bomb wrapped around his neck. Before Wells could complete his task, the bomb detonated and he died in the middle of the street. Police describe it as America’s “most diabolical bank robbery” and you won’t believe the saga uncovered as the police try to piece together how exactly the robbery came to be – and who was behind it. Even re-watching it a second time as I did, you’ll pick up details you didn’t even realise were crucial.

This modern Monkstown home is on the market for €2 million