UPDATE: After much palaver some weeks ago following the announcement that Wonder Woman would be the official UN Ambassador for women, the news has emerged today that the fictionalised character will not be a spokesperson as the UN have “dropped her,” for want of a better term on their part. Perhaps it has something to do with the mass of online protest (of over 45,000 signatures) following the decision or perhaps it’s really to do with the fact that an overtly sexualised cartoon character is not the best choice of female to influence impressionable young women around the globe. While we can appreciate that, on a very basic level, Wonder Woman aims to empower women, in this instance, we feel that she was not the right representative and didn’t send the right message – we have real-life wonder women doing very great things, after all. Organisers say that the current empowerment campaign will end this Friday, though they did not provide an official reason for the decision, simply saying that previous UN initiatives with fictional characters have had short runs. But as The Wonder Woman campaign was initially expected to continue through 2017, we highly doubt it’s down to a timing issue.

And we’re glad. Give a real woman the chance to inspire and influence, we say. Continue scrolling to see more reasons why we vastly objected to the news while we wait with baited breath to see who the new female ambassador will be.

We’re all for seeing a positive reinvention of the female superhero in 2016. Marvel’s Jessica Jones is paving the way for what we want to see; a kick-ass, no-nonsense empowering woman who couldn’t give a damn about her appearance or whether or not she was appealing to the fantasies of men (in the obligatory spandex clothing, of course). Wonder Woman started out as a feminist symbol – she was conceived (by a man) as coming from a man-free land to fight in the US for “peace, freedom and women’s rights” – but her skimpy costume (and the fact that she ended up caged or bound more times than I care to remember) tended to deflect from her empowering actions on behalf of women everywhere. You could say she was created for women, just as much as you could say she was created to appeal to the indulgent desires of the opposite sex.?Whatever way you want to look at it, she?was a fictional, cartoon character and though now she’s immortalised in popular culture, she didn’t do anything.

It’s for this reason that when she was named as the United Nations’?honorary ambassador for the empowerment of women and girls this weekend, this sparked a backlash among some of the organisation’s staff who rightfully believe a comic book character is an inappropriate choice to represent the modern woman.

Is that really the message we want to send to impressionable young women? That to achieve “incredible things” a man must have created you, you must have (unattainable) beauty and dress in outfits that only serve to highlight your perfect figure?

The 75-year-old character?will front a campaign promoting women’s rights and gender equality, which aims to promote the achievements stemming from female empowerment. It’s important to stress that we are all about campaigns that will highlight examples of ?women and girls who have made and are making a difference every day by overcoming barriers and beating the odds to reach their goals” (as goes the PR slogan), and we’re equally happy that one of the first major female superheroes finally gets her own time on the silver screen?(with a female director to boot), but what we can’t grapple with is why, when we have real-life wonder women campaigning to make a genuine difference in the universe, the UN had to?fall back on a cartoon character famous the world-over for the amount of skin she had on show? It isn’t the kind of representation we’re down with in 2016. 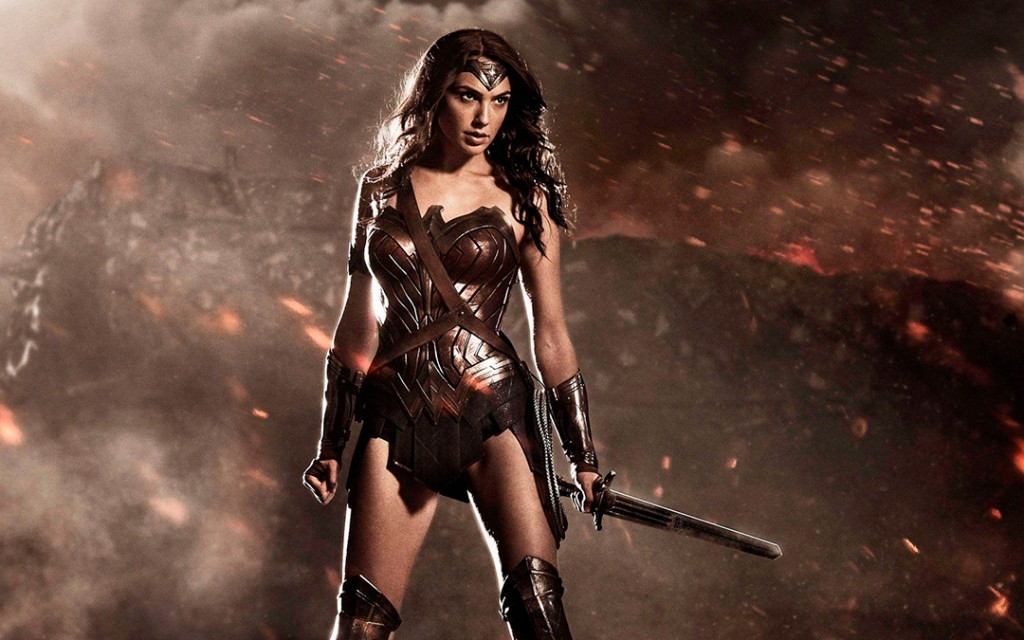 The UN could use a shake up – it hasn’t had a women president in its 70-year history – but the online masses were outraged; surely they could have chosen a real-life woman doing incredible things of which we have so many – Adi Roche, Angelina Jolie, Amal Clooney (and we could go on and on) – rather than an overtly-sexualised cartoon?

A petition was launched by female employees?within the organisation, questioning why the UN was not able to find an actual woman to serve as the ambassador.

?The character’s current iteration is that of a large breasted, white woman of impossible proportions, scantily clad in a shimmery, thigh-baring body suit with an American flag motif and knee high boots – the epitome of a ‘pin-up’?girl,? the petition said. ??It is alarming that the United Nations would consider using a character with an overtly sexualized image at a time when the headline news in the United States and the world is the objectification of women and girls.?

Is that really the message we want to send to impressionable young women? That to achieve “incredible things” a man must be your sole creator, you must have (unattainable) beauty and dress in outfits that only serve to highlight your perfect figure?

Surely, the UN can do a whole lot better than that.