Women At The Helm

Frozen broke records this week when its box office takings passed the €1 billion mark, making it the first female-directed movie to join the so-called billionaires club. Frozen‘s Jennifer Lee is also the first female director of a Disney movie. Couple these milestones with Cate Blanchett’s Oscar acceptance speech for her role in Blue Jasmine, where she said ?’To those of us in the industry who are still foolishly clinging to the idea that female films with women at the centre are niche experiences, they are not?, and you’re looking at a new era in Hollywood – one where women’s talents are about to be taken seriously. It is also encouraging to see that Directors UK and the BBC are planning to run a series of workshops aimed at women directors returning to work after taking time out to have a family. All this is good news because diverse cinema is the best kind of cinema. And there are some pretty kick-ass women directors out there who may be next member of that covetable billionaires club?

We’ve been keeping our eagle eye on the following directorial talents who are about to explode the so-called niche. 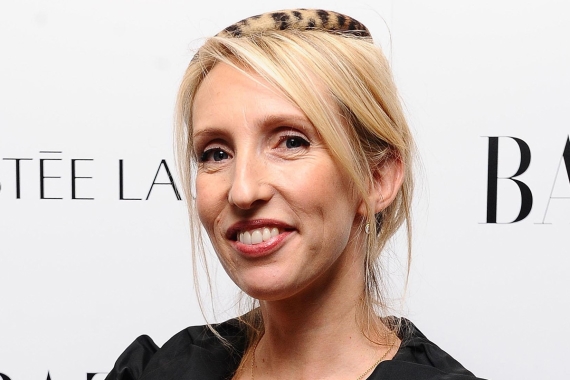 While her marriage to Aaron Johnson and job as the Fifty Shades director may have made her tabloid fodder, Taylor-Johnson is a talent to be reckoned with. Her video installations were acclaimed from the get-go but it was a short, Love You More, starring Andrea Riseborough as a moody teen who starts to fall in love while listening to a record with her classmate, that put her on the movie map. Her Nowhere Boy was an indie smash and she’ll be making her Hollywood debut with Fifty next Valentine’s Day. And apparently she’s about to take on the adaptation of literary potboiler The Reliable Wife. And she’s the brains behind that cross-dressing Daniel Craig International Women’s Day video. Serious admiration.

We’ve long been fans of Lake Bell. Her acting turn in No Strings Attached was the only thing that made that Ashton Kutcher and Natalie Portman car crash of a romantic comedy bearable. Well, it turns out that she’s just as fabulous behind the camera. Her directorial and feature-writing debut In A World? was a comedy about an underachieving vocal coach played by Bell, who is trying to score the most coveted job in Hollywood, the voiceover for the trailer for a Hunger Games-esque ?quadriology?. Her heroine must do battle with a male-dominated industry that thinks people just don’t want to listen to women’s voices, and that very modern scourge- the sexy-baby voice. A witty commentary on women in the workplace and breaking tradition; we can’t wait to see her next move.

She killed it with The Piano, a moody and highly charged period drama that showcased New Zealand at its bleakest and most beautiful. She continued her historical streak with a strong dash of feminism in The Portrait of a Lady and Bright Star. Her work finds women’s voices beyond the usual bonnets and her contemporary work is just as political. Last year she turned her hand to television and delivered the creepy and powerful Top of the Lake which starred Mad Men‘s Elizabeth Moss as a detective coming up against small town secrets in a closed community. 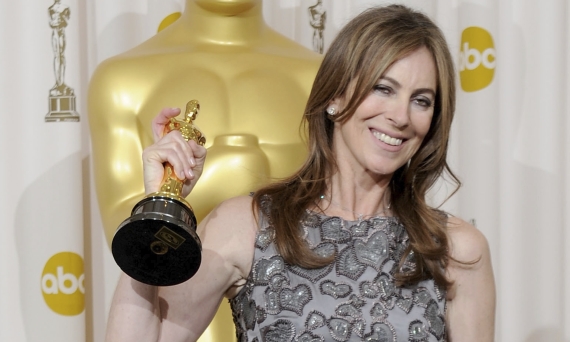 She created history when she won the Academy Award for Best Director in 2010 for Iraq war drama The Hurt Locker. She’s one of the few directors in Hollywood dealing with the reality of war and caused controversy with her portrayal of the operation to capture and kill Osama Bin Laden, Zero Dark Thirty. We don’t know what Bigelow has planned next but you can be sure it won’t feature Kate Hudson in a wedding dress.

Coppola has an undeniable eye for the pretty and you know she’s just as just as into celebrities as the rest of us. While her Marie Antoinette was lambasted when released it is now being rediscovered as the wry commentary it was intended to be. She’s got her finger on the modern pulse and the fact that she does it while clad head-to-toe in Marc Jacobs means she always gets our movie choice vote.

A very promising Brit who cut her teeth on the Beeb’s breakout Bleak House and HBO’s Generation Kill, her mammoth undertaking of modernist classic Parade’s End‘showcased a woman with epic ambitions.

We’re on a bit of a documentary buzz at the moment – blame Netflix – and Gabriela Cowperthwaite is one to watch. Her 2013 documentary Blackfish has been garnering endless praise. It tells the story of killer whales kept in captivity and is the anti-cute animal viral video.