Why You Shouldn’t Call Jennifer Lopez A Diva

If you’re a woman working in the entertainment industry, success comes at a price. After a few accolades, phrases like “she was lucky” or it “just happened” get bandied about, or, as was the case for singer-turned-actress Jennifer Lopez, you get branded a “diva” and 15 years later, are unable to shed the label.

Lopez was joined by actresses Kerry Washington, Julianna Margulies, Sarah Paulson, Regina King, our June cover star Kirsten Dunst and Constance Zimmer on the powerful new cover of?The Hollywood Reporter?to rally against Hollywood’s double standards and sexist “diva” label they’ve?earned during their careers. Lopez found herself with this reputation in the early nineties and still saddled with it now; she said it was (and still is) undeserving.

“I got a moniker of being “the diva,” which I never felt I deserved – which I don’t deserve – because I’ve always been a hard worker, on time, doing what I’m supposed to do, and getting that label because you reach a certain amount of success?Like, we’re not allowed to have certain opinions or even be passionate about something, or they’ll be like, ‘God, she’s really difficult.’?It’s like, ‘Am I? Am I difficult because I care?'” she said.

The term “diva,” is a negative one – despite Beyonc? trying to turn it into an anthem of female empowerment ?- and it is frequently used to shun and belittle women’s incredible achievements, forcing them to question themselves. Women who reach a certain level have to fight back against the systemic sexism of Hollywood, but, often, when they do, they get called out for it. 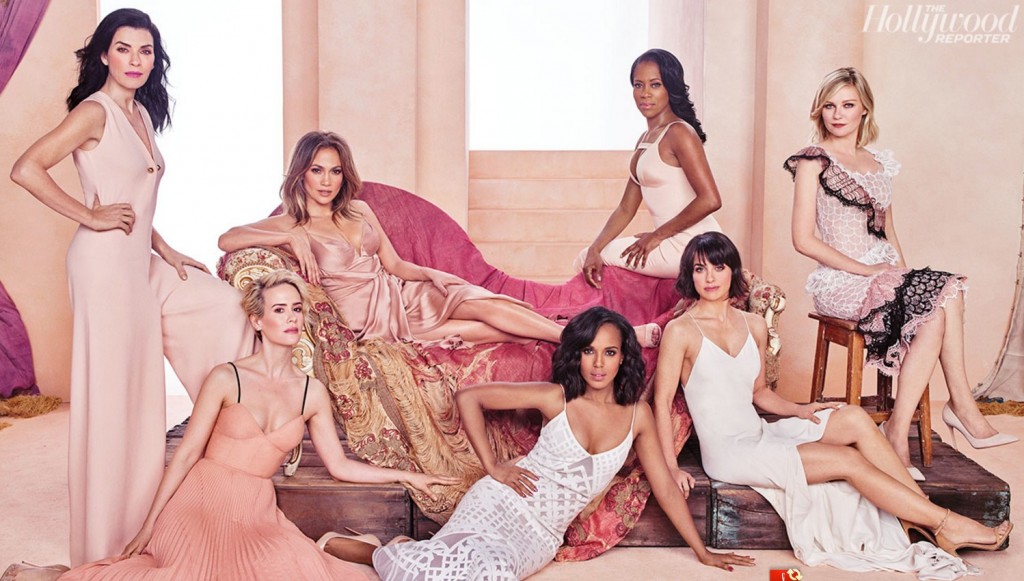 “I felt crippled to voice my opinion, especially because certain directors and the boys’ club that they form can make you feel like, ‘Oh, I can’t say anything,'” she continued, adding that the double-standards for women are as prevalent as ever. “I was always fascinated by how I could see [a man] being late or being belligerent to a crew and it being totally acceptable; meanwhile, I’d show up 15 minutes late and be berated.”

Sarah Paulson of American Horror Story said she’s never been able to play a “romantic leading lady” without dying her hair blonde and agreed that little has changed; she hasn’t been directed by a female director once in the six years she’s been in the series.

?”I?think very little has changed. What’s maybe changed is the fact that there’s more of a conversation happening about it, but I don’t know that there’s been that much forward motion.?I mean, I haven’t had a female director on?American Horror Story?in the six years that I’ve been on the show.”

The Good Wife star Julianna Margulies added that she would likely still be fighting for acceptance into the Producers Guild had her seven-season drama not already concluded its run, explaining that some studio bosses initially viewed her producer credit a mere “vanity title.”

But while it seems that sexism in the industry is still at a standstill, it’s always positive to see seven influential, multi-talented women coming together to fight the stereotype.