Why We’re All Guilty Of Competitive Parenting

Let’s face it, parenting is one of the most competitive occupations known to woman or man, as Jessie Collins tells us.?

It’s human nature that we want what’s best for our kids, and sometimes it feels like comparing yourself to other parents is the only way of checking just how well you are doing. There isn’t a mum or dad alive, I’d argue, who hasn’t watched friends/acquaintances who just seem to be way better at this gig than you – more efficient, better organised, more disciplined, more engaged. Sometimes you can just compartmentalise them as overachievers and leave it at that, but you’re lying if you pretend you haven’t had that sinking feeling that maybe your child didn’t necessarily win the parenting lotto by getting you as a guardian.

It can be a constant narrative in your head too, like ?if I was Margery X they’d probably all be dressing themselves by now,? or else it can come externally in plaintive, flat-out criticism, (dropped in as random commentary or casually referred to as ?advice?) from family/friends. Loaded remarks such as ‘does she still have that soother?? Or ?Markus down the road can sing four verses of Lady Madonna and he’s potty trained?, can leave you feeling at least judged, if not just shit at the job. 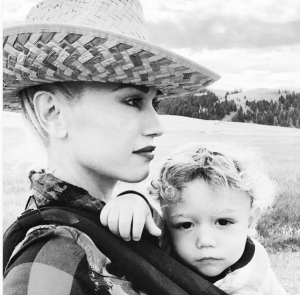 There is a special place reserved for the feeling you get when it’s delivered by your own mother – how many mother/daughter relationships have ended up in the emotional graveyard all due to what may be well-meaning direction on what you are/are not doing for your kids. What you want most as a parent, and especially a mother (multiply this to the power of 10 if you are a new mum) is to know you are doing a good job, and to hear that from the woman who trumps all others on this, your mother – the expert. One slight from her on your parenting can have you agonising for weeks, questioning your very being.

The fact is we are all judging ourselves and others when it comes to parenting. You can cut the sense of public judgment with a blunt wizened rusty pewter knife when you can’t get your baby to stop crying in a restaurant, or if your two year old has turned into an uncontrollable demigod of bile and shriekery in the supermarket.

And to a degree, it’s true, as parents, we may not all be created equal. For some reason there are people who arrive into this world with just an innate confidence about handling kids, and there are others who, though they love and want the job as bad as anyone, are also slightly freaked out by it, and maybe a little intimidated by these gorgeous, compelling and slightly terrifying boss babies. You are no longer running the show, a 26-inch guzzler is in charge and it’s a power play from then on. How we roll with that dynamic is that you have no idea about until you get there. 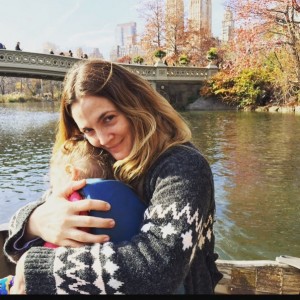 Five ways you know when you’ve been out-parented

1. When the parents are from France, Denmark or basically any Scandinavian country. End of story. Don’t even try to better them, or they might just visit that efficiency on you.

2. When treats are just for weekends.

3. When a parent breaks into c?pla focail with their already highly verbose three-year-old in the queue at the shop, who then responds, also as gaelige, while seemingly impervious to the enormous display of crisps pushed up against its face.

4. When the child allowance doesn’t help to shore up general household funds and plug holes in waxing and waning finances, but goes directly into a college savings account ring-fenced by a hedge fund plugged into only accumulating stock bonds that will mature at precisely the time the child has figured out that they really do want that astrophysics degree so they can make sure your retirement is just that bit sweeter.

5. When Netflix binging is a dirty word or just parlance used by other kids they don’t hang out with.