The topic of women and body hair is one that never fails to gain some attention. Some think women should be as nature intended thank you very much, others think it all should go, and some don’t really give two hoots about what hair they have on any part of their bodies. We say it should all be down to personal preference. Some think it’s more hygienic to shave, that it looks better if they do, etc. and so what? More power to them for making their own choice, but women who decide they don’t want to shave shouldn’t be bombarded with negativity if they decide to leave their body hair there or not.

Despite us believing this, we know there are many women out there who feel very pressurised when it comes to body hair. The number of advertisements alone telling women to shave whenever possible is staggering, so it’s hard not to take notice or feel a certain way about it. More to the point, women who choose to keep their body hair are more often than not, made feel like it’s the wrong thing to do (remember Madonna’s Instagram post?), so all the negative vibes are there. 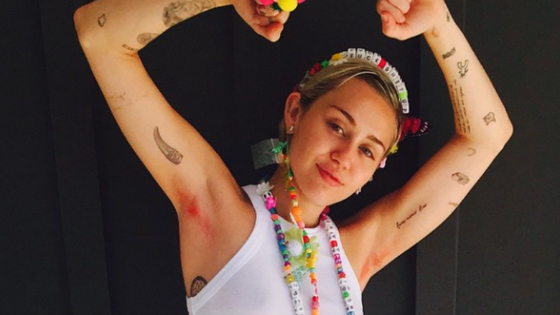 On this subject, one Irish journalist, has come out and said that women shouldn’t have to “modify their bodies” or “conform to an arbitrary idea of beauty.” Speaking on Irish radio, journalist Emer O’Toole said she made the decision to stop shaving her underarms, legs, and other areas of her body around five years ago.

“Our bodies should be there for us to enjoy – express ourselves. Instead, there’s a capitalist pressure on us where we are being coerced into buying a service or products, and told if you don’t then you are unhygienic or outdated,” she said, adding that her decision to not shave her hair became symbolic for her.

ICYMI: ‘Female Viagra’ Could Be On Shelves Soon

“Body hair became a symbol of it for me – it’s just one way in which men aren’t expected to modify their bodies,” she added. “We need to acknowledge that this physical pressure is a problem that affects women more.” She makes a very good point.
She said it was a tough choice to deal with at times, but said she didn’t regret her decision. She then formed Facebook group ?WANG’ for Women Against Non-Grooming, which now has over 4,000 members.

Her interview is below:

What are your thoughts on body hair?