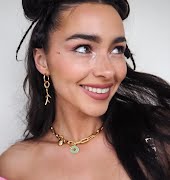 What would make you take your partner’s surname?

Partnership and marriage: would you change your name?

Partnership and marriage: would you change your name?

Deciding on a new family name is a great way to start a new life with a partner, but a name change shouldn’t be based on gender

In recent years in Ireland, the traditional set up of engagements, weddings and wedding receptions has changed massively. Between the 2015 referendum to legalise same-sex marriage and the 2018 referendum to repeal the eighth amendment, Ireland is shedding its old skin of being a conservative, Catholic-church dominated space. In its place is a more forward-thinking and inclusive society.  But as we’re getting married by our friends in Insta-tastic locations and not by parish priests in the same church we made our communion in, there’s one element of matrimony that seems stuck in the past.

Related: I’m keeping my name when I get married – Colette Sexton

A 2016 study carried out in the United States found only 3% of men in same-sex marriages took their wives last name after they signed their name on the dotted line. In this supposedly great age of equality, it hardly seems fair that just 97% of women trade in their old names for that of their husband.

When you get married, you’re starting a new life with someone and, as a way to mark that, deciding on a new family name is a great way to do that but a name change shouldn’t be based on gender, it should be based on practicality, cultural importance or, let’s be frank, on whoever has the cooler surname.

So if you’re marrying a Byrne but you’re a Bowie, Bowie should absolutely win out. The world has enough Byrnes.

“I definitely went for the cooler name,” says Twitter user EJ Vilain, highlighting the fun that comes with picking the better surname.

“No one knows how to say it so that’s very entertaining, and my new catchphrase is ‘it’s villain, but with one L’”. But Joey Kavanagh points out that if he had opted for his husband’s far cooler surname of Karma,  he’d sound like “an inhabitant of Jersey Shore” as Joey Karma,  which further proves the importance of being able to weigh out the pros and cons of both surnames in a marriage.

The middle ground can always be met with a hyphen but if you choose to hyphenate, there’s the risk that if you wind up having kids, the longer name can be sacrificed for something that rolls off the tongue during roll call. Or you can do what Stephanie did: “I took my husband’s name but as a compromise, we both changed it to the Irish version of the name. It seems silly but it makes it more ‘our’ name that way”.

Sometimes when I scroll through Facebook, I  come across a name I don’t recognise until finally I realise that it’s an old school friend who changed her name online within 24 hours of getting married. But last year, I noticed that one of my male friends changed his and it was a refreshing sight to see.

“In some cases, your surname can preserve your heritage or your culture.”

“I chose to take my wife’s name Nickström for a few reasons,” explains Dan. “She moved to Ireland from Finland and this means that our family and our descendants will always have that connection with my wife’s culture and homeland,  even though we live in Ireland.”

“I am also one of four boys and my previous name, Kirby, is reasonably common whereas my wife is one of three girls and her name is very rare,” he adds.

Your signature
Sometimes people don’t want to lose their surname because they’re so used to hearing it one way or they’ve finally perfected their signature but it’s not just an emotional connection that people have. In some cases, your surname can preserve your heritage or your culture.

One woman I spoke to, who would prefer to go as Julia for this interview, is of Italian-American heritage and if she didn’t hold onto her surname, she would be the last one in her family to have it. “My ex-fiance’s name would have erased my Italian heritage, so I wasn’t going to take it.” she explains. “He understood this but still wanted to convince me to hyphenate, making my last name unbearably long.”


“If you plan on spend the rest of your lives together, you can pick any name in the world so don’t limit yourself to tradition or gender.”

“He never seemed to understand that I grew up more culturally Italian than he would have expected,” she says. “I expected him to understand because he was vehemently proud of being Irish  – despite not really growing up culturally Irish – but it really went over his head”. Julia always assumed that she would keep her own surname when or if she got married and she didn’t end up marrying this guy because “I felt like I was compromising more of who I was just to stay with him”.

Dan echoes these same sentiments when it comes to heritage. “I was also happy to enable a situation where the name from the woman’s side of a marriage can carry on, as opposed to the man’s,” he says. “It’s not fair that women should be expected to let go of their name and to accept that their descendants will have their partners name. It should be something that they talk about as equals if they’re going to get married or have children.”

Considering that anyone over the age of 18 can legally change their name  with a deed poll for the fee of €60, it should be an open discussion between two adults. If you plan on spend the rest of your lives together, you can pick any name in the world so don’t limit yourself to tradition or gender.

Read more: Unable to ‘switch off’ during the summer holidays? This will help

Read more: Want an “extremely happy” relationship? Talk to your other half about money