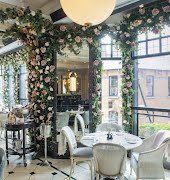 How to recover from completely putting your foot in your mouth

Those horrendous moments of dread when you realise you’ve said the wrong thing can be a nightmare to recover from. But here are some tips to minimise the damage from putting your foot in your mouth

A fleeting moment of time. It can be just one sentence. As few as 10 seconds. Maybe only a single word. Yet that moment can haunt you forever.

You will spend nights staring at the ceiling 20 years later wishing for a time machine. And why? Because you said completely the wrong thing at the wrong time to the wrong person. Maybe you asked a friend who was just fired how the job was going. Maybe you told your new boss you hated a previous colleague, who turns out is their spouse. Maybe you sent an email complaining about someone directly to them.

These cringe-worthy, wish-the-ground-would-open-and-swallow-me-whole moments happen to everyone. It is a part of life, unless you spend your days hiding under a rock refusing to communicate with any other human. And there are ways of surviving these moments so you can show your face in public again, as opposed to dyeing your hair, changing your identity and moving to Peru.

To apologise or not

First of all, gather yourself. You need to decide whether an apology is appropriate, and you probably need to do it quickly. Read the room — if everyone has gone silent and is staring at you open-mouthed, then you need to act. If you have really offended someone, whether in work or in your personal life, you should apologise. But really own your apology — do not get defensive or make excuses. There is nothing worse than half an apology: “I am sorry if you were offended.”

However, it is important not to make it a bigger deal than it is. Telling the person you have offended that you are the “worst person in the world” and “you understand if they never forgive you” is overkill in most situations unless you have driven over their cat with your car.

If you only realise afterwards that you said something awful, do not let it dwell for too long. If they deserve an apology, do it as soon as possible, otherwise, the bad feelings will fester and the situation will only get worse. Often, it is not the initial insult but it is how it is dealt with that can destroy a relationship.

After you have handled the situation, the best thing to do is to let it go. Do not allow yourself to lie awake cringing about it night after night. Do not bring it up and re-apologise every time you meet the person. Just learn from it and move on.

Read more: The 12 fights of Christmas that every couple will recognise

Read more: How to network when you’re shy

Read more: Listening to your friends’ problems is not ’emotional labour’

Ask the Doctor: ‘My husband suffers from an enlarged prostate. He’s on medication, but it seems to be becoming less effective. Is there anything else that can be done?’