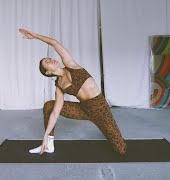 What I’ve Learnt From Not Falling In Love (Yet)

In my 29 years on earth, I’ve spent?probably a decade (give-or-take) dating, but I’ve never had much luck with relationships. Some people fall into relationships – committed, monogamous partnerships – ?like it’s the most natural thing in the world, but I seem to have missed the boy-meets-girl-and-falls-madly-in-love memo. Love – the real, passionate kind where your faults and annoying habits are tolerated and even enjoyed unconditionally by your significant other – has eluded me. I’ve had the excitement and butterflies but none of this was a result of being madly in love with someone, but rather passing “moments” that I seem to be trapped in a cycle of repeating. Some might say I’m picky (I am, but I consider that a positive), others that it’s just been bad luck, and the rest that I just haven’t met the right one. The truth is’much’simpler than all of the above: I haven’t found love because I know I’m the type to fall once in a blue moon.

And yet, as the week where love has been everywhere draws to a close, it got me thinking. It doesn’t shock or startle me that I’ve spent the bulk of my twenties single – I’ve always been a late bloomer – yet being mostly single for the best part of a decade has been the equivalent of a relationship in itself; I’ve grown and changed.

When I turned 20, the challenges of trying to have an independent life due to my mild Cerebral Palsy (CP) – funnily enough, I’ve never viewed my?CP as a huge factor in my singledom, though it’s an obvious barrier – took priority; boys came later. Then my mid-twenties hit but then I moved onto the next hurdles: getting a job and travelling. It was when I looked around, and all my friends had upped and run off with boyfriends that I became very aware that I was still here, uncoupled. ?So focused on independence I neglected that side of my life. I had no choice in that; the disability presented challenges far greater than seeking out a boyfriend so while my friends sought out romance, my own freedom was what I longed for. When I got it, I then realised I also wanted a second person to share things with after years of putting myself first, but of course, it wasn’t as easy as all that.

When?I hit 25, Carrie Bradshaw introduced the notion of the ‘last single girl’ in SATC, it depressed me. But I persevered despite the fact that dating had become?a different ballgame. Now it’s accepted that you won’t meet anyone in real life but still, I experimented, swiping this way and that with one end-goal in mind: to find a romantic relationship that made me truly happy.?This is a quest I’m still on.

At almost 30?and single once more, I’m no closer to finding?a magic formula, but I do know this – when it comes to falling in love, you have to be in the right relationship with yourself before you meet the right one (or two or three). It’s the ultimate cliche, but spending?years in my own company has solidified this truth; no other person will make you whole. A man?can’t be the oil to my creaking door. I have had to accept that mine will never be fully fixed (and be at peace with that) before allowing anyone else to come knocking.

And I also know that the person I was at 20?isn’t the person I am at 30?and for that reason, I’ve had to constantly ask myself what it would really mean for me to fall in love now; my expectations have changed as I’ve aged. “Disney love,” isn’t a top priority (though it would be lovely). I know that true love for me will likely come in a much quieter – but no less potent – form. It’s okay if it isn’t all hearts and flowers. I’m not in love with the idea of being in love, it’s the person with more tangible qualities like making’me laugh and being kind – traits far too undervalued in my eyes – that really matter to me.

I’m asked a lot if I feel like I’m missing out, not having fallen in love yet, as if there’s a massive hole in my life. My answer is always the same: There isn’t a hole. I’m happy in my own company, and I have a lovely life, but yes, someday it’s something I want to have with the right person. If not only because I think I have so much to?offer someone?- I want to enhance another person’s happiness in that manner too.

What does make me happy is that I’m not cynical (well, I hope not) despite years uncoupled; I’m a romantic – that scene from Notting Hill makes always me cry -?and I still believe that a chance encounter could change everything. ?The flip side of that is that I also know that so much weight is put on romantic love as the one that will make us feel the most, that other immeasurable types of love – from friends, family – gets pushed aside. It’s still a social stigma – singleness – and it’s women that feel the pressure and a sense of failure if they don’t pair up. Men are lauded as hip bachelors and women are reduced to lonely, unloved spinsters. As a single person, yes it can be hard, but I have never felt unwanted or most importantly, unloved. And I’d love to see that message projected more: that falling in love isn’t the most?important form of love, it stands equal to all the other love you can have in life.

But the main thing I’ve learned from not having fallen in love yet is that I want it all or nothing. Sparks flying, you name it, or I’ll stay in my own company. And even if it does come to nothing at all, I know I won’t have settled for anything less.