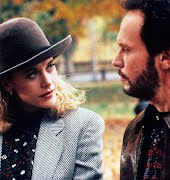 Christmas cost the average Irish family €2,700 over the festive season, but what about the savers and splurgers? A 37-year-old digital marketer explains why she won’t be overspending this Christmas

“This is the first Christmas in a long time that I’m stuck for money. I was made redundant from a large tech company 10 months’ ago and the plan was to take some time out (three months max) to work out where I wanted to go next.

I was looking into yoga teacher training and thinking about setting up my own studio when everything fell apart. My mom had a heart attack and died two days’ later.

My siblings weren’t in a position to contribute to the funeral costs — and my Dad isn’t around — so I ended up paying for pretty much everything. Long story short: it took me just over seven months to spend my way through a redundancy payment of €32,000.

You’ve asked me to itemise my Christmas spending and I’ll get to that, but I just want to say how strange it feels to have been so close to changing my life for the better and now to be in an even worse position than before. I’m angry that I spent all that money and then I feel guilty to even be thinking about money when I’ve lost the most important person in my life.

I started a part-time job in digital marketing a few months ago. It’s three days a week and I’m earning a salary of €25k. I’m not quite ready for full-time work yet as my energy is still quite low and I still have my weepy days. Of course, this means I’ve had to make some serious cut-backs to my spending, and that includes Christmas.

I put a little bit of money aside last month and the month before, so I’ll have about €750 to spend on gifts, food and socialising this year.

I used to spend the same amount on just gifts!

My family know that I have pretty much opted out of Christmas this year. I won’t be buying gifts for my siblings but I’ll be hosting dinner in my Mom’s house and I’ve asked my brother to arrange the starter and my sister to sort out the dessert. It’s BYOB but I’ll buy six bottles of decent wine (about €90) and maybe something fizzy (€50 max). I’ll spend €100 on the turkey and ham and I’m hoping to get all the veg in Aldi for €20 or so. I used to browse the supermarket at Christmastime, picking up just-in-case bottles of Baileys and luxury chocolates. This year I have a list and I’m not deviating from it.

I always get a facial at the beginning of December, and a pedicure, manicure and blow-dry on the 23rd/24th. I used to set aside at least €150 for beauty but I don’t have that kind of money this year. I have a few gift vouchers that I haven’t used yet though. I’ll be digging them out — and I’ll be using any points that I’ve built up on store cards too. I’ll treat myself to a blow-dry, though (€35).

My partner and I don’t have children — but we both have godchildren. She goes completely over-the-top with her godchild every year, spending at least €100 on Elsa costumes and whatnot. This year she bought four matinee tickets for the pantomime (€16 each) so I’ll take my godchild and she’ll take hers and that’ll cover his Christmas gift.

I’m not really doing gifts for anyone but I’m splashing out on my partner. She has always wanted silk pyjamas so I’m spending a third of my budget on a set from The White Company (€246). And yes, I know that’s an insane amount of money for someone who hasn’t got any, but she has been so supportive this year and I’d spend ten times that amount on her if I could.

I’ll also buy chocolates for a few of the neighbours who were so kind to us this year (€50) and the work Kris Kindle is non-negotiable (€10).

After that, there won’t be much left. I’ll buy myself a pair of Christmas PJs in Penney’s (€12) — that’s a tradition that I won’t be giving up. And the rest I’ll spend on vast amounts of sugary treats for eating while watching Netflix.

I’d love to be able to go out and drink cocktails and buy sparkly dresses but at the same time, I’m kind of enjoying taking a break from the madness of Christmas.”

This article was originally published in December 2019.

Read more: 5 simple ways to help you budget in the run up to Christmas

Read more: Our financial columnist offers advice on investing during a pandemic

Read more: Freelance life: ‘I love what I do, but finances are always a massive worry’