West Cork is the latest podcast to send murder mystery fans into a frenzy of fervour, both in Ireland and overseas. Easily as good as the widely-acclaimed Serial and Making A Murderer, Audible’s new series West Cork tells the story of one of Ireland’s most notorious, unsolved murder cases, and it’s bound to suck you in entirely.

Many of us in this office were born in the late 80’s/ early nineties, meaning that this whole event went over our heads at the time. Ask your parents if you don’t know what we’re talking about, odds are they’ll be able to recall the hysteria that gripped the country like it was yesterday. It’s a veritable black hole of intrigue and speculation. And this series ensures that younger generations will now be as engulfed and enthralled by the sequence of events, as the Irish public was back in the mid 90’s.

On December 23rd, 1996, French woman Sophie Toscan du Plantier was found brutally murdered a short distance away from her home in Schull, West Cork. The person responsible was never found and the Irish people have simmered in their speculations over what happened ever since. 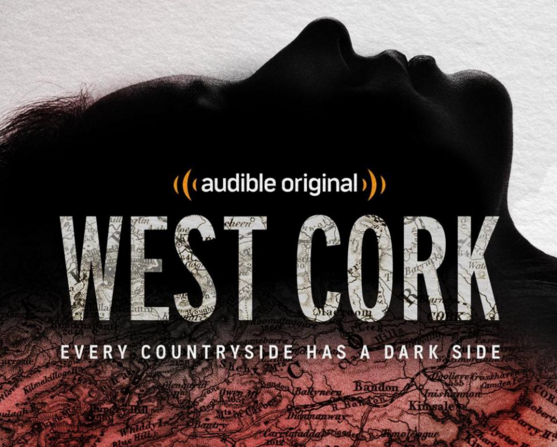 As you might guess from the name, this series provides a deep investigation into the area (and people) of West Cork around the time of the murder. Once a quiet location with a tiny population made up of locals and a few “blow-ins”, the region suddenly found itself at the centre of a murder mystery that truly gripped the nation. Locals could not remember the last time a murder took place, and then, on Dec 23rd 1996, Sophie Toscan du Plantier was viciously killed.

This 13-part series accounts for a culmination of three years’ reporting, research, and interviewing by British reporters Sam Bungey and Jennifer Forde. They had initially read about the case in a UK newspaper, and have been knee deep in the story since attending the Dublin court case of the main suspect, Ian Bailey, in 2014.

According to Bungey, “In some ways, a crime like that could only happen in that place where there is no recent history of violent crime, and people weren’t used to dealing with it. The story if you’re going to break it down is about a crime that is still reverberating through this community — the fact it’s still unsolved and the prime suspect is still living there.”

The extent of research and interviews carried out for this podcast is really impressive. Bungey and Forde speak to gardaí involved in the investigation, members of the victim’s family, journalists who worked on the story, locals who remember the story breaking. This did not come without its struggles, however, as it took more than a year of convincing until some individuals agreed to speak. That, alongside radio broadcasts and video footage from the time, provides a comprehensive account of a baffling story, complete with inside opinions and discerning skepticisms.

The podcast is presented in a distinctly “un-American” way, as the story provides enough drama for itself, no additional gimmicks required. The hosts’ voices are soothing and their accents lilt gently, which softens the horror of what they describe at points (e.g. when they give a detailed account of the state in which Sophie Toscan du Plantier was found “mangled amongst the barbed wire”, “her face bludgeoned, her hands broken”, “her bedclothes ripped”. It’s the stuff of nightmares).

I don’t want to give away any spoilers, but effectively the gardaí get involved and make a sham of the whole thing. It’s embarrassing to imagine what foreign listeners must think of our police and judicial system when they hear the sequence of events that took place along the investigation. The blunders, the delayed response by officials, the questionable evidence…

West Cork is gripping and addictive, and I wouldn’t recommend delving in unless you have a relatively clear social calendar for the upcoming days. A well-produced series will satisfy the needs of anyone looking for a new binge-worthy podcast, West Cork makes for easy listening whilst providing an in-depth observation into Ireland’s past.