We already know that Fifty Shades of Grey actress Dakota Johnson is supremely talented; her stellar CV alone is proof enough of this. She also isn’t afraid to speak out against the obvious ageism in the industry and frequently tops ?Best Dressed? lists with ease. And in case you ever doubted her acting abilities, we have yet more proof that the woman should be in every decent movie going (remember how she’s amazing at accents?).

She recently appeared on Jimmy Fallon and took part in a hilarious sketch called ?The Acting Game.? Here she was required to improvise as she was unceremoniously dumped over the phone (her reaction was totally understandable), and then thrown out of Clown College (it makes sense in the video). Cue the 26-year-old displaying multiple emotions with aplomb. The whole thing makes for an entertaining watch, made all the better when she accidentally drops the F-bomb mid-conversation.

Also, does anyone else think that Gucci dress is amazing? 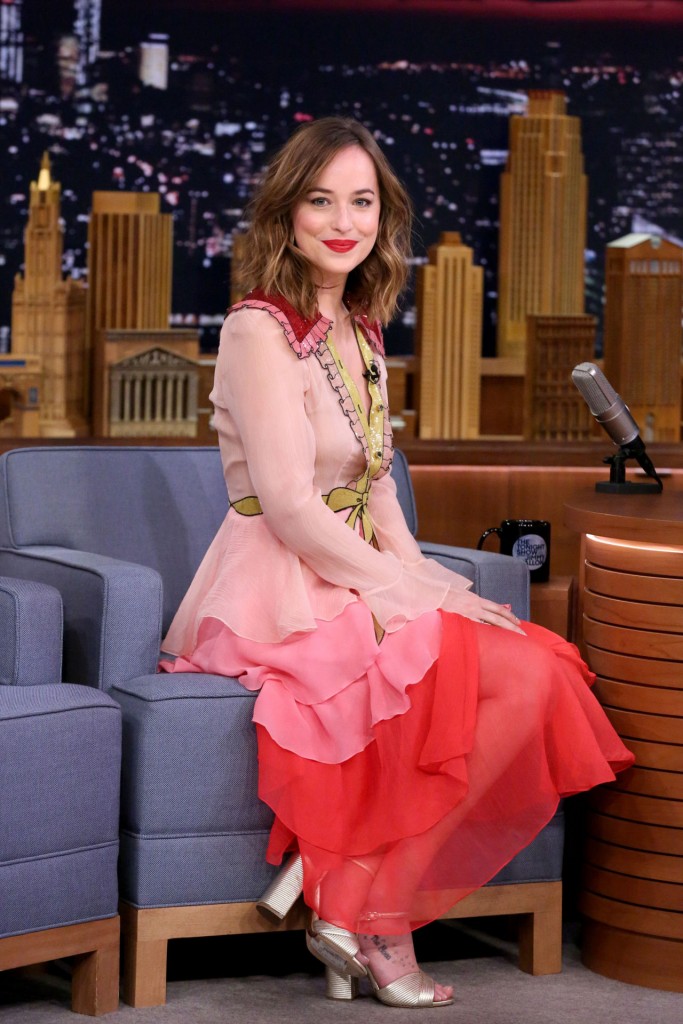 Watch the clip below and prepare to be entertained: