Three of Ireland’s most haunted houses to visit this Halloween

For the month that’s in it, we take a ghoulish look at some of Ireland’s creepiest houses and learn the stories of the ghosts said to haunt them …

Halloween is fast approaching, and though we usually like our interiors ghost-free, even we can’t help getting a little bit carried away on the tide of seasonal hysteria. Here we list the three haunted houses we’d recommend visiting this Halloween if you dare … 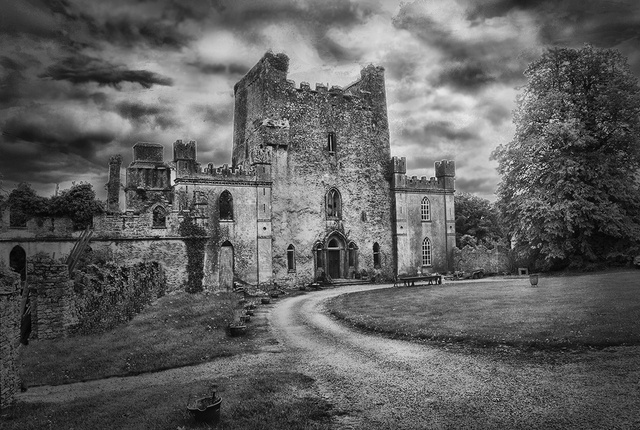 Behind the regal facade of Leap Castle lies a history of mystery and mass murder so grisly that it is considered one of Europe’s most haunted buildings. The original castle, situated four miles north of Roscrea, Co. Tipperary, is thought to have been built around 1250 AD, on a site used by druids for initiation ceremonies. It was then used by the O’Bannon family – secondary chieftains under the ruling O’Carroll clan – to guard the pass through the Slieve Bloom Mountains.

The O’Carrolls racked up an astounding number of casualties during their reign. One of the most famous is the O’Carroll priest, a member of the family said to have been murdered by his brother while performing the holy rites. He is believed to haunt the upper hall, now known as the Bloody Chapel, the windows of which are said to regularly light up without apparent explanation.

A number of other spirits are said to haunt the castle, and during renovations around 1900, workmen discovered a dungeon full of human skeletons of the Bloody Chapel. The castle has since been visited by ghost hunters and paranormal activity experts from around the world. Visits can be arranged by appointment with the presumably fearless current proprietor, Sean Ryan. 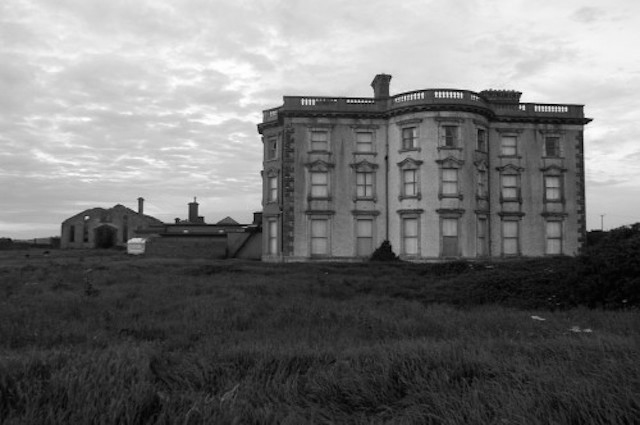 This looming three-storey mansion on Co. Wexford’s Hook Peninsula looks more like it belongs in a horror film than the Sunny Southeast. It is said to be haunted by the ghost of a young woman called Anne Tottenham, who was living at the house with her family in the 1700’s when a handsome stranger turned up on the doorstep one stormy night.

Unfortunately, according to local legend, he turned out to be a demonic spirit with a cloven hoof, who later either disappeared in a puff of smoke or flew through the roof, depending which version of the story you believe. Anne is said to have been driven mad by the shock of this encounter, spending the rest of her life locked in the tapestry room before going on to haunt the house after her death. Her parents finally had to get a local priest to perform an exorcism on the house, according to the rumour.

Loftus Hall will creak open its doors for Halloween tours from October 27 to November 4, allocating sufficient scariness by age group. Who knows, you might catch a glimpse of Anne as this one visitor did, unwittingly taking an eerie photo that later went viral. 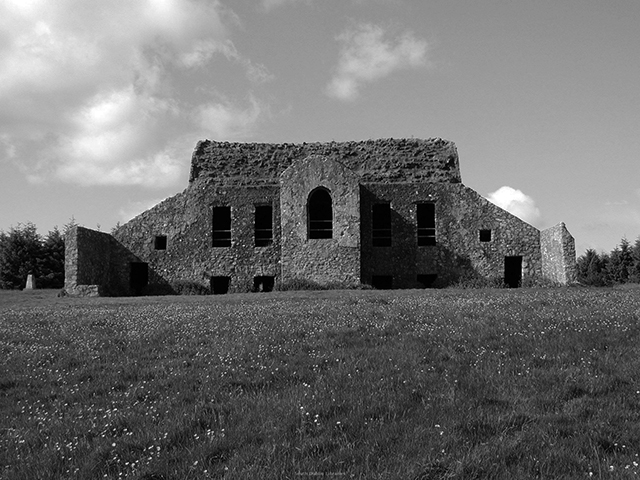 One of Ireland’s most infamous haunted houses, The Hellfire Club was built in 1725, on the site of a neolithic passage tomb near the summit of Montpelier Hill in the Dublin Mountains. The roof is said to have blown off shortly after building finished, supposedly a punishment from the devil for having used stones from the tomb in its construction.

Commanding stunning views across the city beneath, it originally acted as a hunting lodge to one of the richest men in the country. After his death, it was acquired by a branch of the Hellfire Club, who are believed to have used it for’regular meetings of high-ranking members of society to engage in Satan worship, sexual depravity and excessive drinking.

Urban lore maintains that acts of hedonism by the Hellfire Club such as human and animal sacrifices attracted visits from the devil (in a story almost identical to that of Loftus House) and other paranormal activity. Another story suggests that a group of club’members died in the building when it went on fire in 1740 during a Hellfire event.

Hidden Dublin provides only slightly terrifying evening tours of the Hellfire Club for €25.