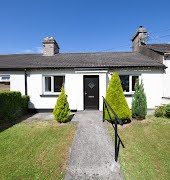 Universal Studios has become the first Hollywood studio to accept the Time’s Up campaign’s ‘4% Challenge’, which challenges production companies to commit to announcing one project with a female director within the next 18 months.

The challenge was officially put forward during the Sundance Film Festival last week, where actress Tessa Thompson explained the concept during her keynote speech. The challenge comes as part of the TIMESUPX2 campaign, which aims to double the number of women in key leadership positions in a variety of industries.

The 4% Challenge takes its name from a 2017 study by the USC Annenberg School of Communication and Journalism, which found that only four per cent of the last decade’s thousand highest-grossing films were directed by women.

Universal announced its plans to take part in the challenge via a tweet on behalf of their President of Production Peter Kramer, Chairman of Focus Features Peter Kujawski and President of Dreamworks Animation Margie Cohn.

In response, Time’s Up said: “We hope [their] commitment inspires more content producers to make the pledge and work with female directors. Not only have a handful of the studio’s first-look filmmakers already announced their commitment to the 4% challenge, many have already demonstrated their support to work with more female directors on an ongoing basis, and the studio will continue to support their efforts”.

Other figures in the film industry who have voiced their support for the initiative include actors Armie Hammer, Brie Larson, Constance Wu, Janet Mock, Kerry Washington, Reese Witherspoon and directors J.J. Abrams and Jordan Peele.

Actress Regina King also put forward her own version of the challenge earlier this year, during her acceptance speech for the Best Actress in a Drama Film at the Golden Globes. King pledged to make sure all of her future projects would be 50% women, and said: “I just challenge anyone out there – anyone out there who is in a position of power, not just in our industry, in all industries – I challenge you to challenge yourselves and stand with us in solidarity and do the same.”