Comedian Sarah Silverman showed us precisely that this week, when she responded to a derogatory tweet with compassion and understanding. It was a response that not many others would have had if they found themselves in the same scenario.

It all came in response to a tweet that read “c**t”. Instead of simply shrugging her shoulders, or fighting back with counter-insults and scorn, Silverman sent a response that nobody expected. Showing she had looked through the sender’s personal feed (which reveals he suffers severe back pain), the subsequent dialogue went like this: 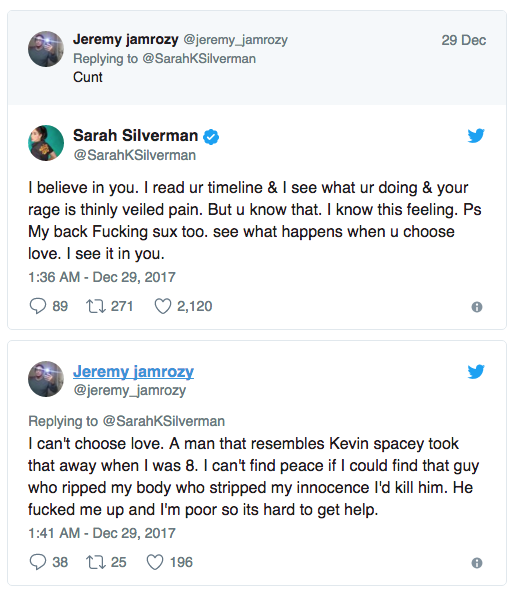 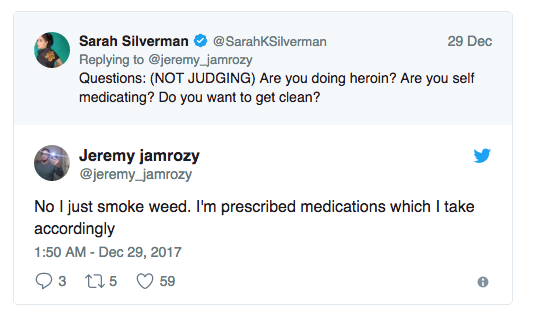 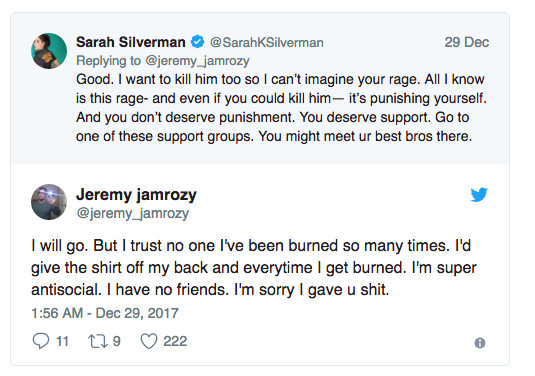 Within hours, people joined the bandwagon, and a wave of goodwill washed over the twittersphere. Jeremy Jamrozy’s little drop of nastiness was drowned out because the public saw him for what he was – someone in need of help. People offered support, both for his physical and his mental suffering, and for a little while the world was a bright place.

Jeremy ultimately went on to apologise and tweet a thank you message, saying that the outreach he experienced by kind strangers had been “more than I could have wished for”.

It’s all too easy to judge a person based on individual actions, instead of taking the whole situation into perspective, seeing what underlying issues could be at play, what might be amiss. Take this guy for example, he lashed out at a famous comedian in what seemed like a totally random virtual attack, but all it took was someone to take interest in his existence, for his hate to deflate like a punctured balloon.

There’s no excuse for Jeremy’s initial tweet, but it’s refreshing and uplifting to see someone treating their fellow human as precisely that – human.

Photo by Gilles Lambert on Unsplash

The documentary Miss Americana has shown a different side to Taylor Swift, writes Edaein O’ Connell I was never able...