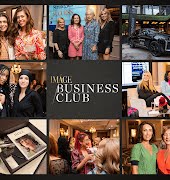 The coordinated online hate campaign against Prince Harry and Meghan Markle is far from myth.

Late last year, Prince Harry and Meghan Markle were revealed to be the targets of a coordinated online hate campaign. Arguably one of the most well-known couples in the world, they’ve endured more than their fair share of online abuse. Making their grand exit from the British monarchy in January of last year, their decision to leave came amidst allegations of bullying, racism, and family tensions.

However, stepping back from their royal duties did little to quell the critics and the duo has been subject to a constant torrent of online abuse pretty much since they first got together. Hoping to lift the lid on the accounts responsible for spewing such venom against the Duke and Duchess of Sussex, a report carried out by Bot Sentinel – a platform that tracks inauthentic Twitter accounts and trolls – confirmed that Harry and Meghan had been the targets of a coordinated online hate campaign… scientific proof of everything we already knew/suspected.

Publishing their findings by way of a 13-page report, the company first launched its investigation in September 2021 by analysing 114,000 tweets related to the former royals. “We used internal tools to categorise tweets based on sentiment and repetitiveness. We manually examined tweets for altered photos, deceptively edited videos, and other content our internal tools couldn’t automatically or accurately analyse,” Bot Sentinel explained in its report.

Perhaps more interesting still, the report determined that just 84 accounts were responsible for approximately 70% of the “original and derivative hate content” targeting Harry and Meghan. So, fewer than 100 accounts (with a combined total following of 187,631 fellow Twitter users) were to blame, it seems. “Our analysis allowed us to isolate 55 single-purpose accounts we identified as the primary hate accounts and 28 secondary hate accounts that mainly amplified the primary accounts,” the report said, with Bot Sentinel estimating that these accounts had a collective unique potential reach of “17 million users”.

By tracking other elements such as retweets and mentions, Bot Sentinel was also able to establish a distinct link between the accounts with the findings suggesting that they were “brazenly coordinating on the platform”. “At least one account was openly recruiting people to join their hate initiative on Twitter,” it noted.

If you thought the findings could be softened by shifting the blame onto bots, you’d be sorely mistaken though as Christopher Bouzy, Bot Sentinel’s chief executive, told The Washington Post that most accounts appeared to be generated by humans. “We looked for automated accounts and found very little evidence of bot activity,” he admitted.

Some tweets used coded racist language while many also directed users to hateful content they had published beyond Twitter, often linking to “private blogs, Instagram accounts, and YouTube channels predominantly focused on Harry and Meghan”.

Just four of the 55 primary accounts highlighted by the report have been suspended by Twitter, with The Washington Post later reporting that the social media network claims to have found no evidence of widespread coordination, the use of multiple accounts by single people, or other platform manipulation tactics. A Twitter spokesperson said that the company is “actively investigating the information” though, and “will take action” on accounts found to be in violation of the rules.

The Cut reports that a second report was published in November of 2021 and found that journalists and royal commentators “frequently interacted with previously identified hate accounts”. Bot Sentinel reported that, upon analysis, “nine out of 10 prominent Twitter accounts that primarily cover the royal family, in fact, had interacted with at least one of the 84 hate accounts” they were monitoring.

This “might sound relatively benign”, The Cut continues, but the report also stated that Bot Sentinel had come across one case in which a conspiracy theory about Markle and Prince Harry’s Time Magazine cover linked to one of the hate accounts had actually made its way to “an award-winning journalist and author,” who subsequently shared the theory on Twitter and reportedly discussed it on television.

As per their findings, the hate narrative around Meghan Markle was mainly bolstered by three things; a “bot network” of hundreds of inauthentic Twitter accounts, some of the 84 hate accounts, and credible royal reporters and journalists.

Almost two months on and another report has since been released – this one honing in on YouTube. Aiming to “demonstrate how single-purpose hate accounts coordinate on several platforms, use Twitter to spread disinformation, monetise their hatred, and circulate conspiracy theories on YouTube”, it essentially proves that the online vitriol stems across many different platforms.

Detailing the coordinated effort that a handful of people have instigated against the Duke and Duchess, the report highlights how they allegedly work together to create anti-Meghan messaging and conspiracy theories which they then circulate on Twitter and YouTube as in-depth “exposés”. Why? To spread disinformation, monetise their hatred, increase views and generate ad revenue.

Name-dropping one of the most well-known YouTube hate accounts, that uses the moniker Yankee Wally, the report claims that it actually has ties to Markle’s estranged half-sister, Samantha Markle. Together with Murky Meg and According 2taz – two other YouTube channels – the trio have created “hate-filled and mostly inaccurate videos” aimed at monetising their conspiracies. Bot Sentinel states that they had a combined 70+million views between them along with an estimated $494,730 in total YouTube earnings.

The new report goes on to detail how the group has bulk-bought fake Twitter accounts, used their standing to attack the couple’s Archewell foundation, made threats against Markle and her family, and have even used racial slurs to target other women of colour.

Previously admitting that the findings are unlike anything he or his team had seen before, Bouzy noted that “there’s no motive” for it, comparing the anti-Meghan campaign to other disinformation and harassment campaigns on Twitter such as the #StopTheSteal movement to overturn the results of the 2020 US presidential election or the campaign to remove actor Amber Heard from the Aquaman sequel as a result of abuse allegations made against her by ex-husband, Johnny Depp. “Are these people who hate her? Is it racism? Are they trying to hurt [Harry and Meghan’s] credibility? Your guess is as good as ours.

Neither Harry, Meghan nor their Archewell Foundation are currently on social media with the couple previously saying that online toxicity was also another major factor in their decision to leave their roles as working royals. Last October, Meghan told Fortune that she hadn’t been on social media in a long time “for [her] own self-preservation”. A couple of months later in a January interview with Fast Company, Harry said that he and Meghan “will revisit social media when it feels right for us – perhaps when we see more meaningful commitments to change or reform”.